What is Solana (SOL)?

Solana is a crypto computing platform that aims to achieve high transaction speeds without sacrificing decentralization. It employs a bundle of novel approaches, including the “proof of history” mechanism.  Solana’s native cryptocurrency is SOL, which is used to pay transaction fees and for staking. It also gives holders the right to vote in future upgrades.

In August 2021, prices for SOL — the cryptocurrency that helps power the smart-contract-compatible Ethereum competitor Solana — suddenly spiked from around $30 at the beginning of the month to around $75 three weeks in, drawing mainstream attention to the altcoin.

SOL got a boost from one of the biggest crypto trends of the summer: the launch of a primate-themed NFT collectible project. Specifically, the Degenerate Ape Academy NFTs, the first major NFT project to launch on the Solana blockchain. But what exactly is Solana?

Like Ethereum, Solana is both a cryptocurrency and a flexible platform for running crypto apps — everything from Degenerate Apes to the Serum decentralized exchange (or DEX). Its major innovation is speed, via a bundle of new technologies including a consensus mechanism called proof of history. Solana can process around 50,000 transactions per second — compared to 15 or less for Ethereum (the ETH2 upgrade, which is currently underway, is designed to make Ethereum much faster than it is now).

Because Solana is so fast, congestion and fees remain low. Developers hope high speeds and low fees will eventually enable Solana to scale to compete with centralized payment processors like Visa.

Solana’s native cryptocurrency is SOL. It’s used to pay transaction fees and for staking. SOL is available to buy and sell via exchanges like Coinbase.

When Bitcoin was invented more than a decade ago, it solved a really tricky problem: how to make it possible for strangers anywhere in the world to make financial transactions over the internet without a payment processor like Visa or PayPal in the middle.

The technology that makes decentralized transactions possible — and which created the whole universe of cryptocurrencies we now know — is called a blockchain. But blockchains typically have one major downside compared to centralized networks like the ones credit-card companies use: they’re slow. As of August 2021, Ethereum typically processes fewer than 15 transactions per second, compared to tens of thousands for Visa’s network.

Solana is one of many new crypto solutions aiming to make crypto networks faster and more scalable. It uses a suite of clever technologies, including a novel mechanism called “proof of history.”

What is proof of history?

As you may know, Bitcoin uses a consensus mechanism called proof of work, which uses miners to validate transactions and produce new BTC. Many newer cryptocurrencies, like Cardano, use a consensus mechanism called proof of stake — in which network participants “stake” their own crypto to get a chance to validate transactions and earn newly minted crypto and fees.

In either case, all the computers in the network need to come to a consensus on certain facts — including when a transaction took place. Solana uses a combination of proof of stake and a new mechanism called “proof of history.” Proof of history is designed to keep time between computers on a decentralized network without all the computers having to communicate about it and come to an agreement. Here’s how it works:

How does staking work with Solana?

The computers that secure the network are called validators. Participants stake their own SOL to become a validator, in exchange for a chance at earning new SOL and a cut of fees. (Becoming a validator also requires a fairly high level of technical knowhow.)

SOL also serves as a “governance token,” meaning that holders also are able to vote on future upgrades and governance proposals that are submitted by the Solana community.

What kinds of applications run on Solana?

Like Ethereum, Solana is a computing platform that can interact with smart contracts. Smart contracts power a wide range of applications, from NFT markets and DeFi to games and decentralized lotteries.

As of August 2021, many of the most popular Solana applications are DEXs and lending apps. The crypto app ecosystem on Solana supports billions of dollars worth of assets. One reason a user might choose an app that runs on Solana over, say, Ethereum, is that speeds are high and congestion is low — resulting in very low fees.

The Solana blockchain can also support stablecoins and wrapped assets. As of August 2021, over $700 million worth of USD Coin has been issued on Solana. (USDC’s launch was powered by a collaboration between Coinbase and Circle through the co-founding of the CENTRE Consortium.)

There are, of course, risks associated with emerging crypto applications and technologies, from extreme volatility to the potential for undiscovered smart-contract bugs to be exploited. Especially as a beginner, don’t risk money you can’t afford to lose.

Can other crypto tokens be issued on the Solana blockchain?

“Non-fungible tokens” (better known as NFTs) are unique, while “fungible” tokens are all exactly the same and equal to all other tokens of that same type. For example, one USDC token held in a wallet is equal to one USDC token held in any other wallet. Fungible tokens on Solana are similar to the popular "ERC-20" token standard on Ethereum, which allows users to create tokens for a wide array of uses such as stablecoins, wrapped tokens, and governance tokens.

Coinbase currently supports a number of Solana tokens (with plans to support more in the future). Here’s some of what you can find: 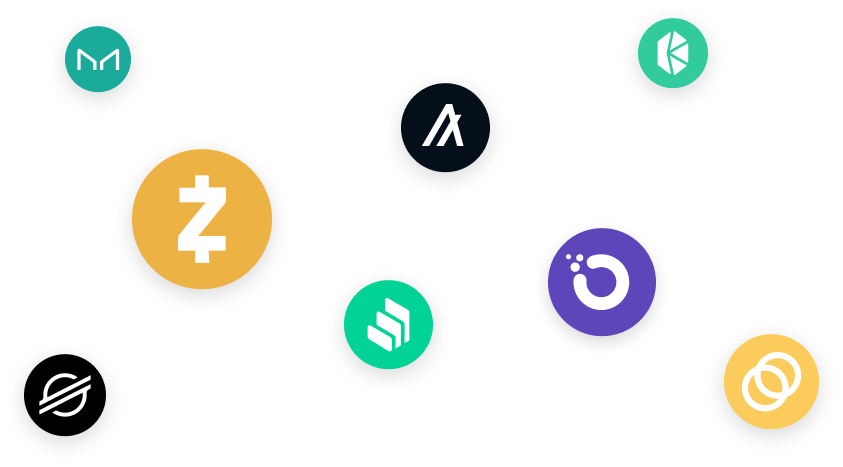