We examine broader crypto market instability from the collapse of FTX despite some positive macro developments for risk assets as a whole. 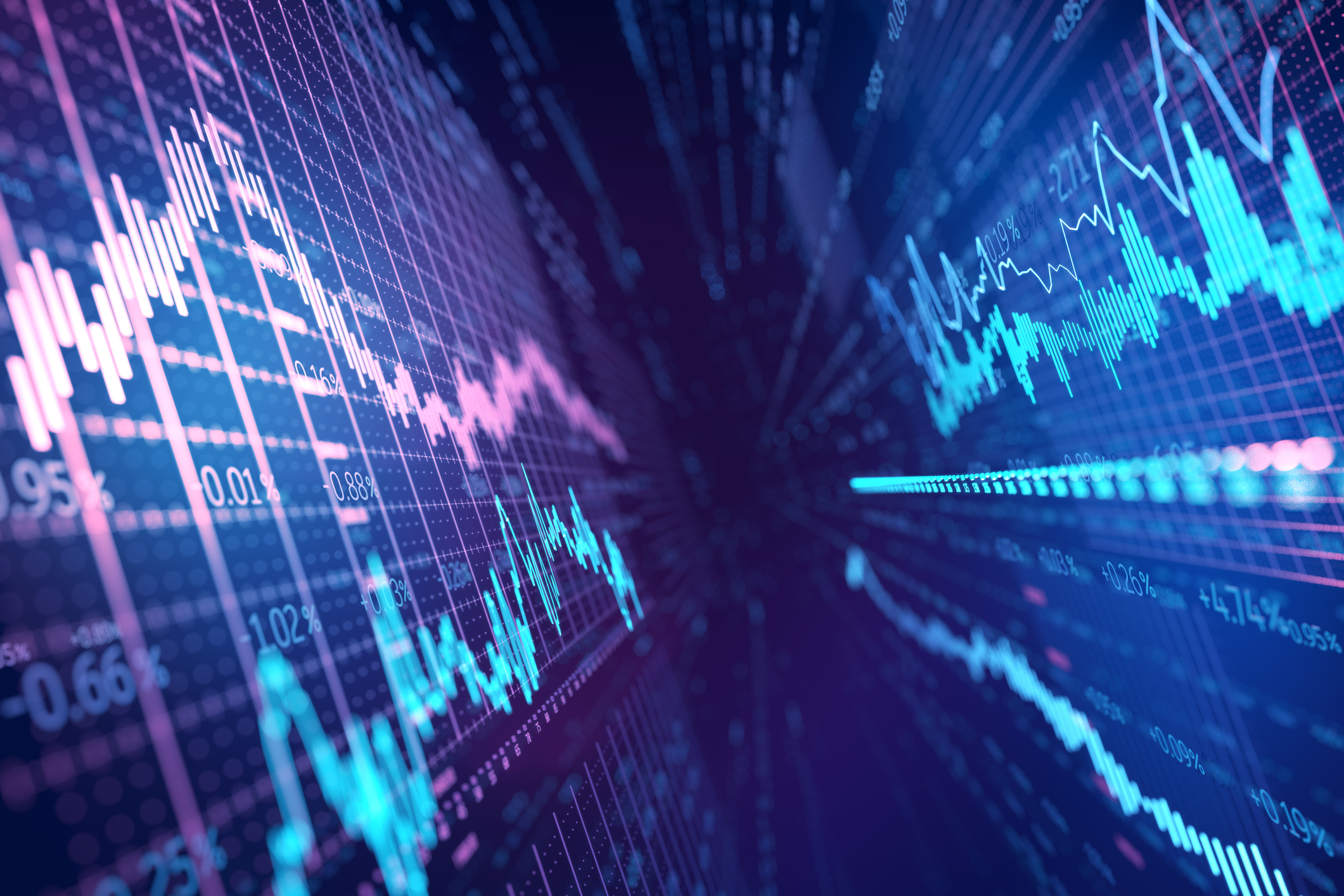 The relative crypto market stability of recent months was interrupted on November 6 by a run on deposits at one of the largest digital asset exchanges, FTX. This was triggered by Binance’s plans to sell its holdings of ~23M FTT tokens (~US$529M at the time) issued by FTX.

Despite the volatility observed among most asset classes in recent months, crypto had mostly been spared from wild price fluctuations with BTC actually outperforming US stocks since early July on a risk-adjusted basis. That ended this week as the rift between Binance and FTX led to panic withdrawals on the latter. As a result, we have seen broader market instability despite some positive macro developments for risk assets as a whole. We take a look at how we got here and consider the lingering challenges.

Also, please note that our institutional research team is hosting their next ask-me-anything webinar on November 17 at 11am ET. Please register here to attend “Ask Coinbase Research'' and submit your questions.

The relative crypto market stability of recent months was interrupted on November 6 by a run on deposits at one of the largest digital asset exchanges, FTX. This was triggered by Binance’s plans to sell its holdings of ~23M FTT tokens (~US$529M at the time) issued by FTX. Ostensibly, Binance sheltered concerns that FTX’s sister trading firm Alameda Research was holding a large FTT position worth US$5.8B on June 30 alongside $7.4B in loans backed by potentially illiquid assets ($2.2B of which were collateralized by FTT).

Indeed, it has since emerged that FTX potentially has a hole in its balance sheet worth $8B that may be associated with a loan or loans to Alameda pledged with FTT as collateral and using customer deposits. Margin calls have likely been triggered as FTT depreciated by ~85% against USD in the days since November 6. FTX founder and CEO Sam Bankman-Fried admitted in a tweet that he miscalculated users’ margin differences and that this is at the core of the current solvency issue. The lack of a resolution to this problem has contributed to broader market instability with concerns of potential systemic risk, particularly as an FTX bankruptcy looms as a possible outcome.

Unsurprisingly, this turn of events has harmed investor sentiment towards the digital asset class, contributing to worsening liquidity. Bid-ask spreads widened early in the week as many market makers who had used FTX as a liquidity pool felt less confident transacting in it. Mostly though, this impacted select crypto pairs while there has been some recovery in spreads since November 8. Still, we expect to see volatility in the short term akin to the poor trading environment in May and June of this year. At that time, we saw liquidity conditions normalize relatively quickly after that deleveraging event, and spreads eventually tightened again as market makers sought to win business.

But the second order effects of FTX’s unraveling are still emerging, with news that Tether had complied with a law enforcement request to freeze $46M of equivalent USDT held by FTX on the Tron blockchain. It’s still emerging which counterparties may have lent or interacted with either FTX or Alameda and what those exact liabilities are. Moreover, the asset class may feel the effects of the institutional entities that either invested in FTX or who may have funds locked up on the exchange, as that may have liquidity implications as well.

Finally, we may see more regulatory scrutiny following these events, as officials from the SEC, CFTC and US Justice Department investigate FTX and its handling of client funds. In a recent Coinbase blog post, we argue that what’s happening now is yet another example of why strong, clear regulatory standards are so important - because otherwise opaque regulatory frameworks can drive activity offshore where customers may be at greater risk.

Away from crypto centric developments, markets received some positive news on US inflation. Last Friday, we wrote that given that markets appeared to be bracing for relatively negative news on CPI “we actually think any marginal signs of slowing momentum could help markets stabilize.” But we were expecting a headline inflation print closer to the Cleveland nowcast of 8.09% YoY – not the 7.7% YoY that eventually materialized for October. More importantly, the seemingly sticky core CPI figure actually came down from 6.6% YoY in September to 6.3% last month.

Consequently, US 2y rates declined by 24bps and the multilateral USD index (DXY) broke below the 110 floor that it’s held for two months. If this helps the USD convincingly break its strengthening trend, we see the potential for risk assets to stage a rally into year-end, though the next US CPI print is due to be released on December 13, only a day ahead of the Fed’s next monetary policy decision.

Exchange volumes were significantly elevated with the FTX/Binance situation unfolding throughout the week. BTC and ETH dominated flows as traders looked to cut risk and sold the more liquid assets in their portfolio. The exchange also saw heavy volume in SOL. That token got hit hard as its blockchain experienced technical issues and questions emerged around how much Alameda Research might look to sell. 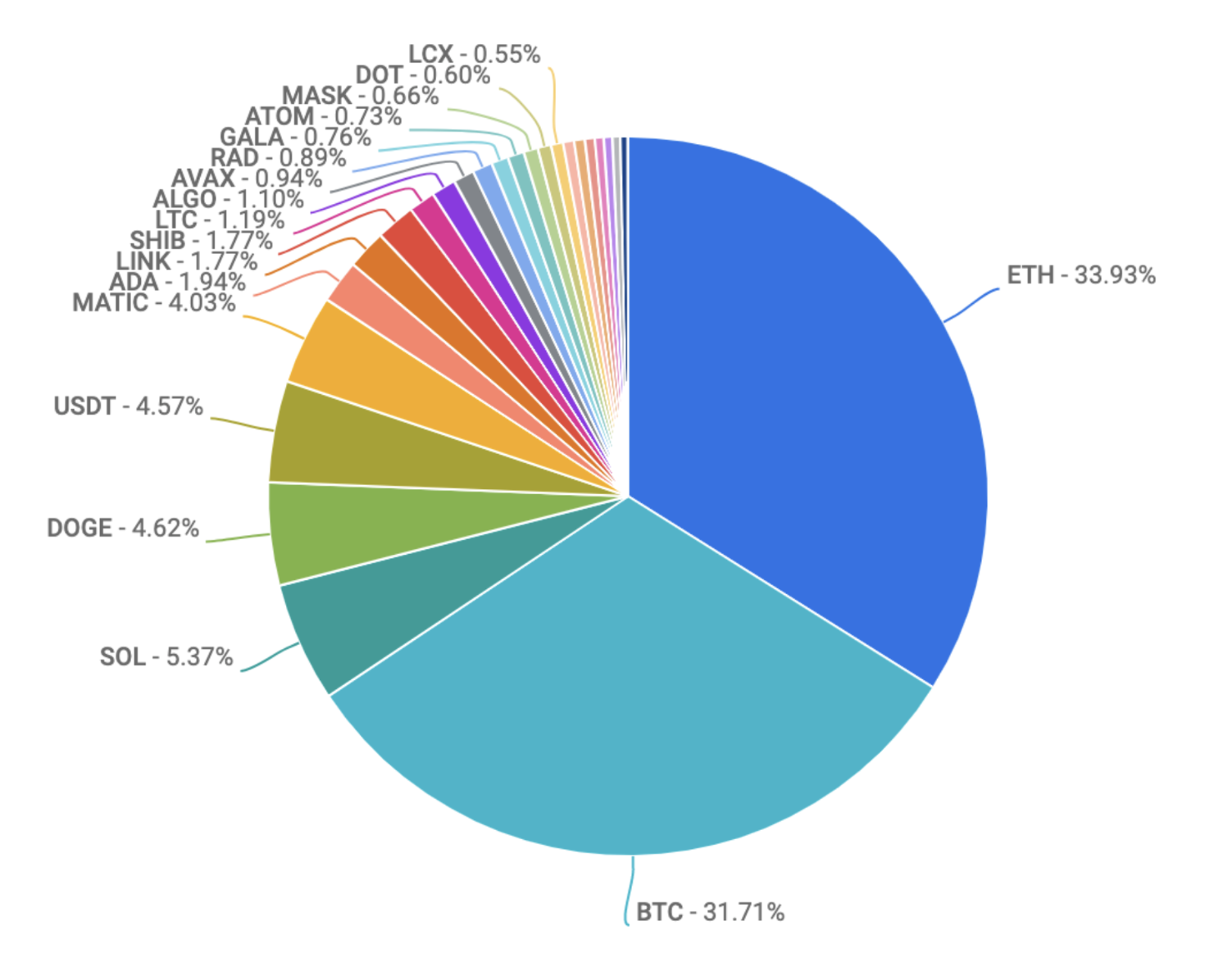 Clients were quick to cut risk in the early part of the week. Traditional hedge funds and crypto hedge funds were strong net sellers across the board while crypto VC’s used the weakness to add to existing positions. Notwithstanding the outsized price moves, trading was orderly and without panic. Buyers favored ETH, cbETH, MATIC, and ATOM.

After putting in new 2022 lows at US$15,520.33 on November 9, BTC has rallied roughly 12%. That said, the BTC technical chart has never been more bearish. On the daily time-frame BTC has rejected the US$18.1k level on this bounce and may retest previous lows. Given the StochRSI is potentially crossing soon, BTC could likely restest resistance at US$19k (previous support) before heading lower. On the weekly timeframe, the EMA70 crossed the EMA100 yesterday which is very bearish and the StochRSI is set to cross in the next week. If this happens, BTC could not only retest 2022 lows but touch the US$13k level. On the monthly time frame, the EMA9 is set to cross the EMA50 in the next 2 weeks. This would be the first cross since 2015. We think there is support at US$13.5k.

The Middle East, Africa & Asia Crypto & Blockchain Association (MEAACBA), a new blockchain and cryptocurrency-focused association, officially launched on November 8 within Abu Dhabi’s free economic zone. It aims to facilitate regulatory solutions, create commercial opportunities and invest in education to support industry growth. According to CoinTelegraph, this economic zone is subject to its own set of civil and commercial laws and is designed to further the growth of fintech companies in the United Arab Emirates. (CoinTelegraph)