No Fed pivot and institutional DeFi 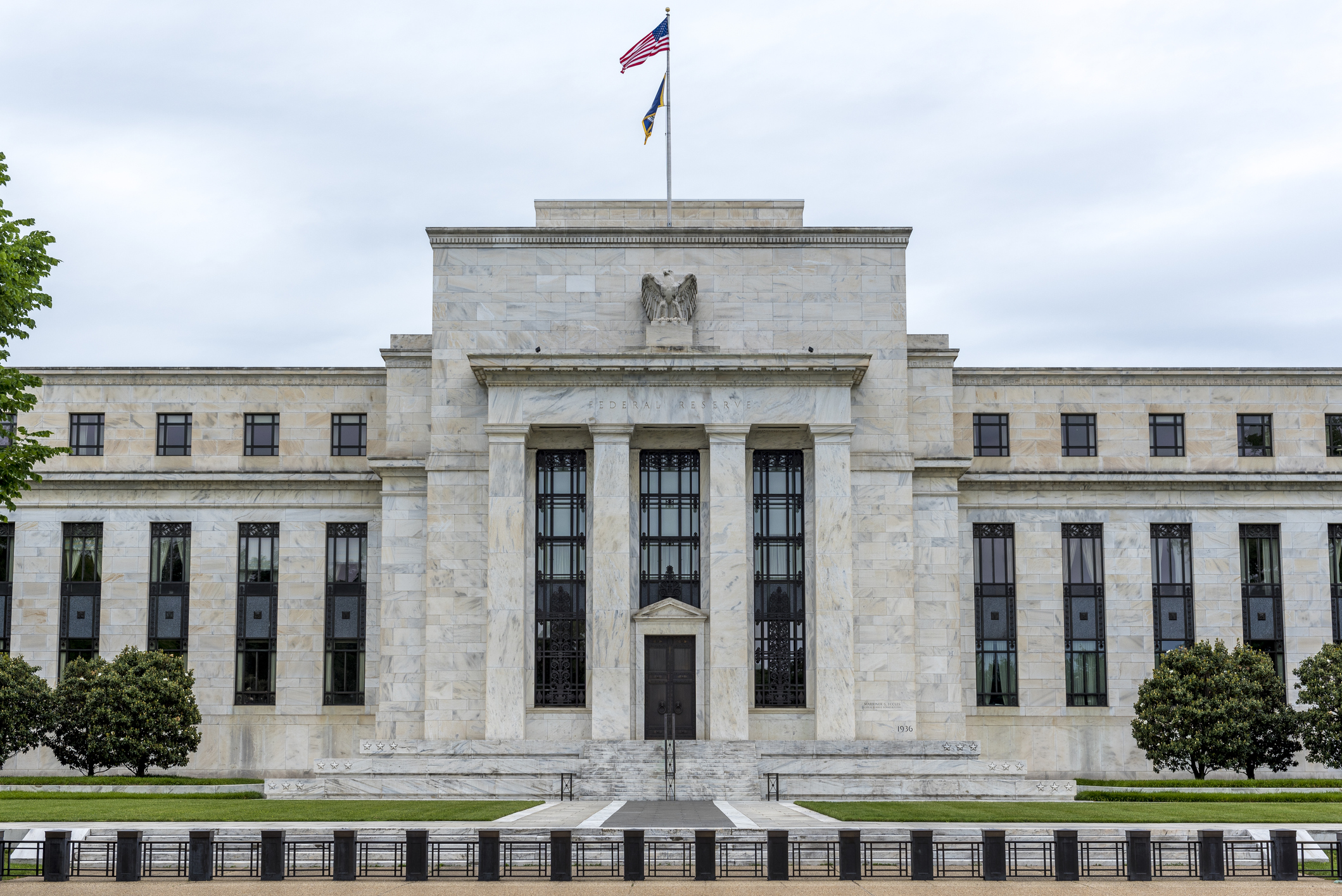 Initially strong volumes earlier this week eventually gave way to post-Fed selling, which saw bitcoin and ether trade down after testing upside resistance. Though this move corresponded to a sell off in risk, it’s our view that digital asset prices held up surprisingly well – suggesting asset class positioning is still neutral.

Meanwhile, we're seeing blockchain technology being applied to new use cases in the form of institutional DeFi, after the Monetary Authority of Singapore launched a project to trade tokenized FX and government bonds among DBS, JP Morgan and SBI Digital Asset Holdings.

Finally, our institutional research team is hosting their next ask-me-anything webinar on November 17 at 11am ET. Please register here to attend “Ask Coinbase Research” and submit your questions.

The FOMC meeting on November 1-2 confirmed that the central bank is not planning a policy pivot anytime soon and that the terminal rate could be higher than what was previously communicated by the September dot plot. This came despite more dovish language in the statement mentioning policy lags and the “cumulative tightening of monetary policy.” The rates curve is now pricing in a terminal rate of 5.00-5.25% by end 2Q23, which (on the upside) probably isn’t far off from what the Fed is signaling, in our view.

Regardless, that rate path is supporting a stronger USD, as the multilateral USD index (DXY) broke out of its triangle formation, bounced off its 110 support level and is now running well above its 50-day moving average. We think the path of least resistance is for the dollar to strengthen further in the short term, which might make it hard for institutions to put fresh capital to work in crypto or buy any long-duration risk assets. Interestingly, this only put a modest dent in the ETH-BTC cross which has been trending higher over the last week. Also on a risk-adjusted basis, both BTC and ETH have been outperforming US stock indices like the S&P 500 and Nasdaq since mid-September.

Chart: Risk-adjusted performance of BTC vs US stocks

Looking ahead, the market will next turn its attention to the October inflation print to be released on November 10 with the Bloomberg median forecast expecting a headline figure of 8.10% YoY (0.70% MoM). This is in line with the Cleveland Fed’s nowcast of 8.09% YoY (0.76% MoM) compared to previous months where median estimates were undershooting the nowcast. Core CPI will likely remain sticky somewhere near 6.58% YoY but we don’t expect it to climb significantly. Given those forecasts, we actually think any marginal signs of slowing momentum could help markets stabilize.

On-exchange volumes picked up early in the week as many tokens broke out to the upside of their tight ranges. Post FOMC we saw risk sell off across the board; while crypto participated in that sell off, it held up surprisingly well suggesting positioning is still neutral. DOGE has been a standout of late, with its price climbing 100% and making up nearly 12% of exchange volume. With Elon Musk busy making changes at Twitter there is some hope that he will integrate the token into the social network. 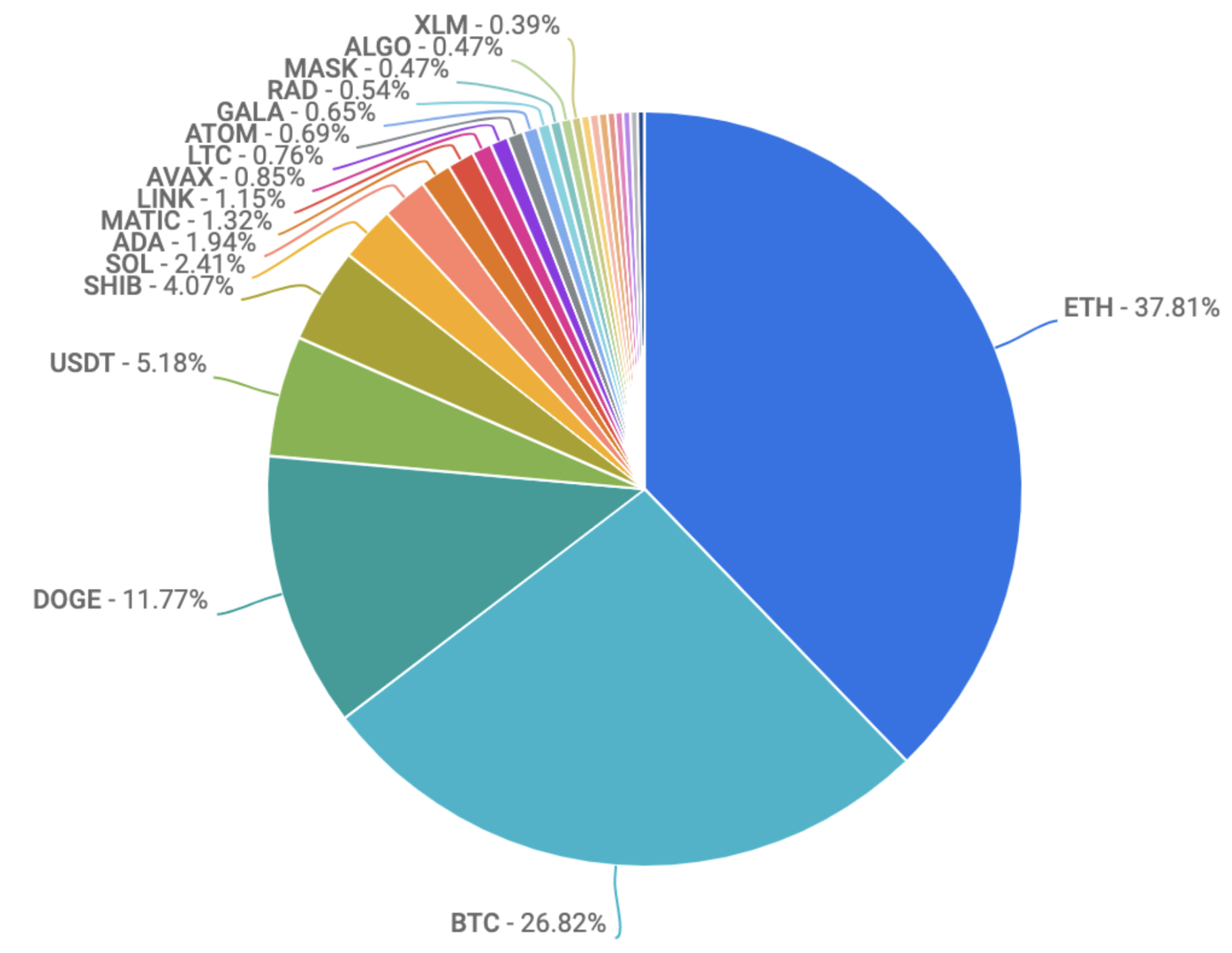 Flow on the CES desk has been mostly on the buyside. With the initial break higher a number of accounts added or established new positions in the more liquid parts of the market. Overall, traditional hedge funds have been net buyers with private wealth and crypto native funds on the sell side. Smart Contract Platforms, Liquid Staking, and Scaling have been favorite sectors this week.

On the daily timeframe, BTC has rejected resistance at US$20,839 eight out of the last nine trading days and is likely headed lower to previous resistance at US$19,660. On November 1, a bearish Doji candlestick formed and the EMA9 cross rejected the EMA70 which resulted in a major rejection of resistance on November 2 (FOMC day). Given the StochRSI has widened to the downside and the MACD is set to cross within the next 2-3 days, BTC is likely headed lower. The RSI is currently at 54.93 which is neutral but given how the structure is set up, it would take a rally of BTC to US$20,899 to invalidate the bearish thesis. On the weekly timeframe BTC is sitting on EMA9 as support but likely to break lower.

In terms of implementation, the group used a modified fork of Aave Arc (the permissioned version of the Aave protocol) on the Polygon network. Notably, the pilot introduced a form of on-chain KYC/AML using Verifiable Credentials, an open standard for cryptographically secure digital credentials, created by the World Wide Web Consortium (W3C).

Forthcoming pilots from Project Guardian also include an initiative with Standard Chartered Bank to explore the issuance of tokens linked to trade finance assets, aiming to transform trade finance assets into transferable instruments that are more transparent and accessible to investors. There’s another initiative led by HSBC and UOB working with Marketnode (digital asset platform built by the Singapore Exchange and Temasek), focused on native digital issuance of wealth management products, aimed at enhancing issuance efficiency and accessibility for investors.

Overall, we believe the project demonstrates several use cases for blockchain technology including tokenized assets and streamlined settlement without the need for fee-extracting intermediaries. That said, adapting DeFi for permissioned usage by regulated entities raises questions about the core ethos of DeFi, which has tended to be permissionless by design. But preconditions for institutional involvement with DeFi protocols are security and compliance, so modifications may be applicable if we are to see continued innovation in the areas of tokenizing real-world-assets and verifying digital identities on-chain.