Growth of the Liquid Staking Market

We examine market conditions that led to the recent upsurge in liquid staking demand and how a greater diversification of alternatives could help the sector grow. 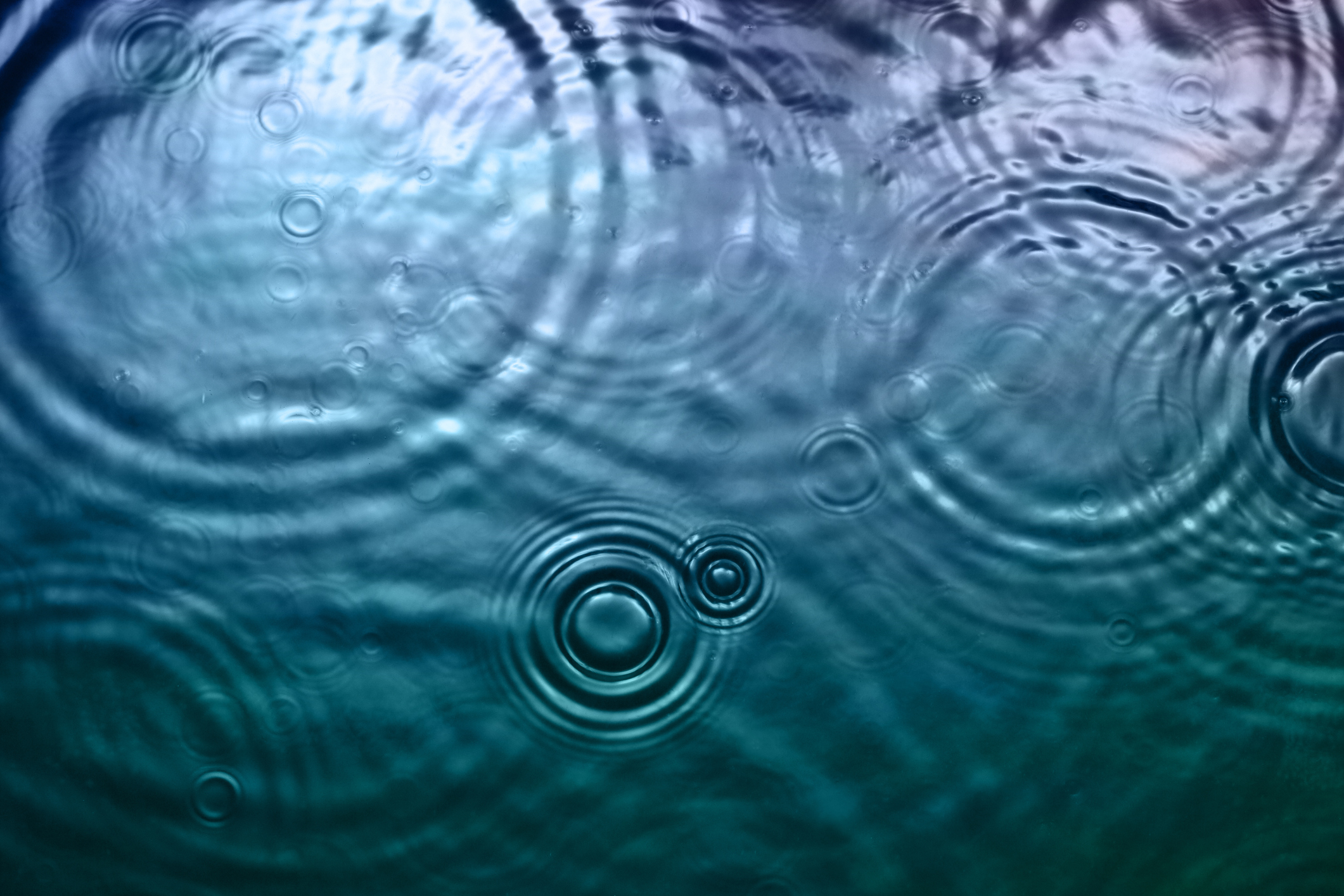 Growth in liquid staking started picking up again beginning in late 2Q22/early 3Q22, despite the market disruptions earlier in June.

The recent upsurge in liquid staking demand has been impressive considering that the sale of Lido’s stETH by prominent crypto players had triggered a solvency crisis only four months prior. Indeed, stETH is now trading at only a 0.1% discount to ETH, compared to a price deviation above 6.4% in mid-June. While some of that narrowing was led by technical factors, even Coinbase’s cbETH discount vs ETH is currently 3.6%.

Depending on the liquid staked token (LST), we think discounts to the underlying asset are often appropriate as they can reflect important liquidity and technological risks, which we previously discussed here. For example, imbalances in the main stETH-ETH liquidity pool on Curve Finance in June eventually contributed to large price dislocations. That said, the higher penetration of LSTs as a percentage of total ETH staked (currently 40%) and their greater availability on centralized exchanges has helped mitigate some of these risks, albeit not entirely.

Over time, we believe the greater diversification of liquid staking alternatives could help this sector grow to a larger proportion of the native tokens staked on many networks. Still, this is a nascent sector of the crypto ecosystem and concerns remain. An important one is regulatory uncertainty and the risk of potential challenges to how staking services are operated in the future.

Growth in liquid staking started picking up again in late 2Q22/early 3Q22, despite the market disruptions earlier in the year. In June, large players like Celsius and Three Arrows Capital withdrew stETH in size from the main liquidity pool on Curve Finance. This led to major supply vs demand imbalances and decoupling between stETH and ETH by as much as 6.4%. (Notably, the liquidity crunch itself actually dated back to early May to the collapse of the Terra ecosystem.) Today, the price deviation is closer to 0.1%.

The narrowing in the stETH-ETH discount is partially attributable to MakerDAO’s announcement on September 12 that it raised the maximum debt ceiling for its stETH holdings to US$200M. But recent interest in liquid staked tokens (associated with ETH in particular) is also related to Ethereum’s successful completion of the Merge and the increased likelihood that staked ETH withdrawals will soon be permissioned (though we would expect this by September 2023 at the earliest). Indeed, even before MakerDAO’s decision, the stETH-ETH discount had been stabilizing closer to 3% in early September. For reference, this is close to where Coinbase’s cbETH equivalent discount (~3.6%) currently sits. We believe that gap should narrow further as EIP-4895 gets closer to implementation.

1. Lido’s liquid staked stETH back to a 0.1% discount to ETH

We have previously discussed that a liquid staked token (LST) is not expected to maintain a 1:1 relationship to its underlying, as the LST value reflects important liquidity, custody and yield factors, as well as technological risks. As the market has grown, greater diversification within this sector also affects the weighting of those risks and the consequent dislocations in LST value that may arise. Regardless, a discount does not necessarily represent a structural vulnerability in the market, in our view.

More concerning are the misconceptions that have arisen about staking. For example, the concept of conventional staking has mistakenly become conflated with lending. In traditional finance, a commercial bank takes on credit risk by loaning deposited assets to earn interest income. By contrast, staked assets are not rehypothecated and are not exposed to credit risk. Staked assets effectively represent a financial guarantee by a user that the user will help secure a particular proof-of-stake (PoS) blockchain. In exchange for that guarantee, they earn a return, or a share in newly minted coins rendered for the service. Malicious activity may incur a penalty on the staked assets (i.e. slashing). Consequently, ownership of assets is not transferred to another person or entity, and a user should not have to hand over her private keys to anyone.

In liquid staking, a third party facilitates the process above and provides a receipt token as evidence of ownership. Note that this is different from having a wrapped token, which typically locks up (i.e. custodies) the original asset in a smart contract vault and creates a wrapped version of that asset on a separate blockchain. In theory, a platform supporting a liquid staking issuer does not need to take custody of a user's assets, although it can. For example, by design, Coinbase custodies the private keys associated with the staked ETH of its cbETH tokens. Regardless, the node operators who secure the network on behalf of a user can validate transactions using a public validation key without accessing the user’s funds directly.

In the case of unbonding (i.e. withdrawals) then, a user will in most cases only be able to redeem their receipt tokens with the original LST provider. Payouts depend on which model of receipt token that an LST issuer has used – the aToken vs the cToken model:

Consequently, in liquid staking, not only does a user bear the operational risk of traditional staking (i.e. making sure the network properly allocates rewards and permissions withdrawals), but there may also be potential custody risk. That is, the user must trust the third party provider to carry out their duties faithfully, for example. Note that smart contracts are often utilized to minimize both risks, though that can leave users open to possible code vulnerabilities.

But liquidity risk remains by far the biggest risk to price divergences between an LST and its underlying. This is particularly true for ETH because staked ETH withdrawals have not yet been enabled, which means liquid staked ETH cannot be redeemed at this time. Instead, liquid staked ETH can only be swapped for ETH on open exchanges, which makes their price highly sensitive to the amount of available ETH willing to be converted for the LST. This was the problem in June when the main stETH-ETH Curve pool had an imbalance of 80% stETH to 20% ETH, leading to massive inefficiencies in the market. One way that some liquid staking providers are trying to solve for this is to take a consortium approach (among centralized exchanges) so that LSTs aren’t traded exclusively on decentralized exchanges.

But while this may help mitigate the confidence issue, the discount between a liquid staked token and its underlying ultimately depends on market forces and the liquidity needs of market players at any given moment.

Indeed, we’ve continued to see the liquid staking market expand as mainly retail users employ this nascent sector to take advantage of the yield (and composability) opportunities not otherwise available via traditional staking. That said, there has been a shift in the areas of DeFi where liquid staked tokens are being deployed, following the fallout of the credit crisis in June. For example, stETH deposits on lending platform Aave had previously represented the largest allocation of those tokens in June, due to recursive borrowing. But after the deleveraging event, stETH deposits on Aave haven't increased meaningfully. Lending now represents only a third rather than two-thirds of where all liquid staked ETH are being deployed, followed closely by decentralized exchanges. See chart 3.

Over time, we believe LSTs could become the dominant vehicles for staking across many blockchains, particularly as more institutional investors participate. But the limitations of existing LST instruments may be keeping these players out of this market for now. For example, users cannot post liquid staked tokens as collateral on centralized exchanges, which can be an impediment to institutional participation. Many existing liquid staking instruments are targeted at crypto-native stakers who use these receipt tokens mainly in decentralized protocols. New instruments focused on enterprise-grade security and compliance needs may be the prerequisites for greater institutional involvement, in our view. We also think that there could be some premium attached to having these KYC/AML elements.

Challenges to this nascent sector of the crypto economy remain, however. First among these is that LSTs may still meet regulatory hurdles in the future, as the nuances of these instruments are not yet well understood. Indeed, as a whole, the regulations surrounding proof-of-stake blockchains more broadly are not clearly defined, so LSTs that create instruments on top of these networks only adds to the legal complexity and uncertainty. As such, it’s possible we may see scrutiny on the mechanics of liquid staking. Admittedly, the weight of this regulatory risk on the value of LSTs is hard to contextualize until we get more guidance from regulators.

Tax treatment on liquid staking rewards is another consideration as the treatment of staking rewards under both the cToken model and aToken model remains unclear in many jurisdictions.  In addition, the tax implications of traditional staking have also not been settled. For now, we think this issue has limited bearing on the relative LST to underlying asset spread, but this may change as we get more clarity on these issues in the future.

We expect the scale and number of networks that include liquid staked tokens as a staking vehicle to grow, particularly as the misconceptions surrounding this sector are further allayed. That said, increasing growth means this space is exhibiting greater diversification, which is positive from a resiliency perspective but can affect the liquidity, technical and regulatory risk profiles associated with specific tokens. Ultimately, that can affect the price relationship between LSTs and their underlying assets alongside the larger market forces that tend to drive dislocations in value.