We update our crypto market views ahead of this week’s Fed meeting as well as examine bitcoin miner pain and the latest regulatory news. 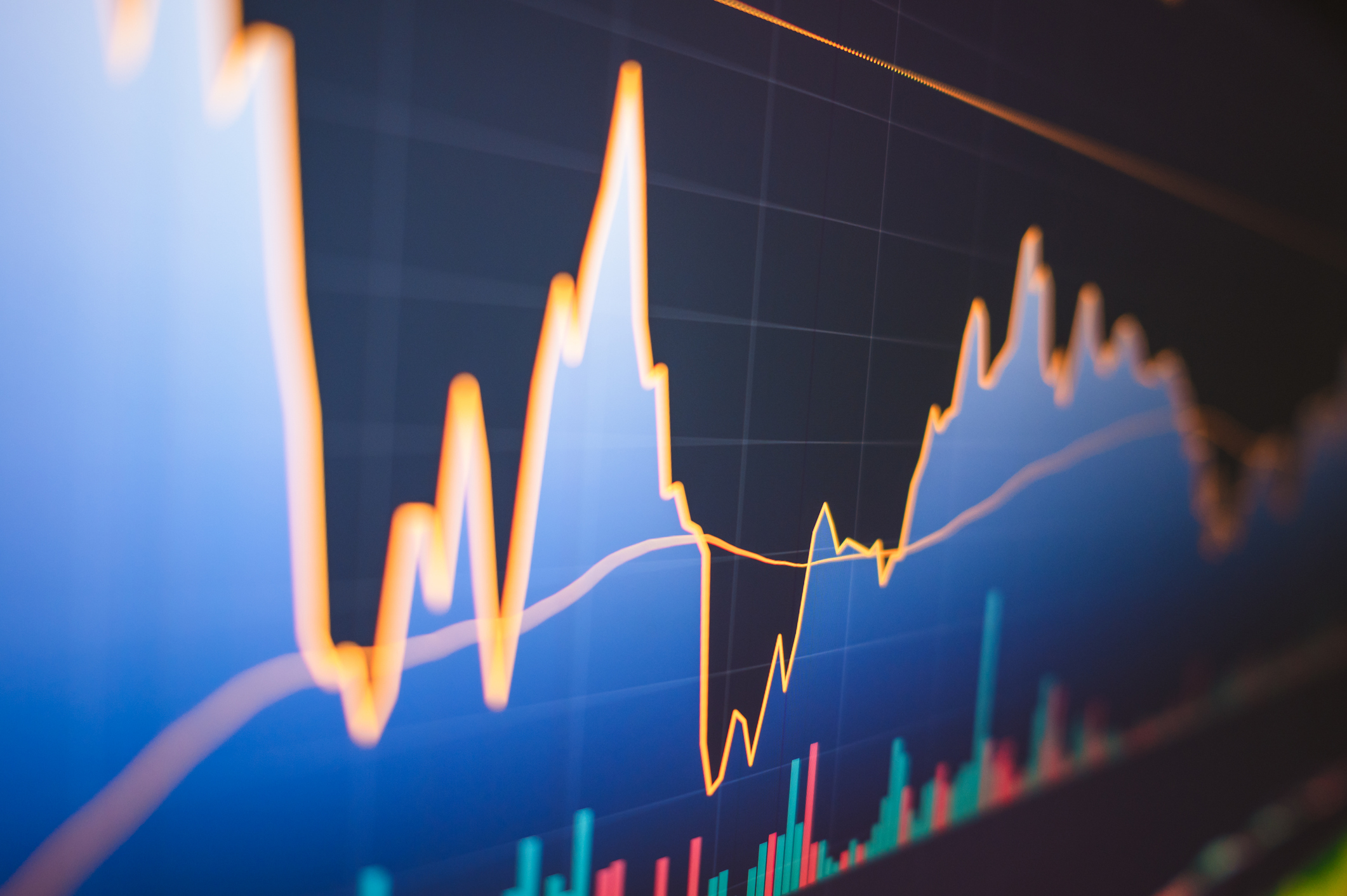 While correlations between crypto and US stocks have rapidly trended lower in the last two weeks, we don’t believe the investment narrative has necessarily changed.

Crypto market price action became much more interesting this week as prices for many assets broke out of tight ranges that they have been trading in. We view this as a result of bearish positioning – as evidenced by the fact that funding rates in ETH and other alt-coins had been negative as open interest grew.

While bulls might be newly inspired, prices may not be in the clear for the next run higher. Bitcoin technicals are mixed at best – with short-term EMAs crossing over longer-term ones, while prices are still unable to break above resistance at US$20.8k (at writing).

Also this week: crypto’s correlation with broader markets, the stressed economic environment for bitcoin miners, recent regulatory headlines, and revisions made to the Cosmos V2 proposal.

While correlations between crypto and US stocks have rapidly trended lower in the last two weeks, we don’t believe the investment narrative has necessarily changed. The 40-day rolling correlation between daily BTC and S&P 500 returns has declined from 85% to 65% between October 6 and October 26, which is still high. The recent spate of weak tech company earnings could still dull the year-end support for crypto that we were anticipating post-FOMC (November 1-2) and US midterm elections (November 8). That is, we expect a technically-driven market in the short-term, and after a significant period of deleveraging, there don’t appear to be any large marginal sellers at the moment, which is a favorable setup for crypto. Indeed, for bitcoin at least, long term holders represent around 81% of total supply according to onchain data. On the other hand, we don’t see many positive idiosyncratic catalysts that could drive a rally in this space if stocks continue to retrace lower.

The combination of increasing hashrate (pushing up the difficulty as a result), rising energy costs and rangebound prices for the past few months has led to increasingly stressed economic conditions for Bitcoin miners. The average cost of electricity per kWh in the US is currently just above ~US$0.10, meaning the only US operators capable of mining profitability are either running the newest, most efficient hardware (Antminer S19 XP; breakeven electricity cost of ~US$0.14 per kWH), or have access to marginally cheaper energy. Even in states with access to lower energy prices, such as Texas (~US$0.08 per kWh), operators are unable to mine profitably with hardware released prior to May 2020 (Antminer S19; breakeven electricity cost of ~US$0.09 per kWH).

Given these conditions, one of the world’s largest bitcoin mining firms, Core Scientific, announced this week in an SEC filing that they are halting all debt financing payments. The company stated that they anticipate existing cash resources will be depleted by the end of 2022 or sooner. This comes just a week after the company raised their electricity rates (for the second time in just the past few months) for their hosting customers to ~US$0.10 per kWh. The company has continued to liquidate its BTC reserves in recent weeks and as of October 26 held only 24 BTC in their reserves – down from 1,051 BTC at the end of September.

The upward price pressure observed this week in BTC may offer miners some reprieve. Hashrate has also begun to fall during the past two weeks, down from its recent all time high of 265 EH/s to 253 EH/s as of October 27. Accordingly, the next difficulty adjustment is estimated to be a downward adjustment of ~5% on November 7.

In an effort to reassert itself as a global financial hub, Hong Kong has announced plans to permit retail trading of digital assets and establish a regulatory framework for crypto service providers. Local authorities have signaled their intent to diverge from Mainland China’s approach to crypto, an extension of the “One Country, Two Systems” directive of the region. Further, financial agencies in Hong Kong will begin piloting two different versions of stablecoins towards the end of this year, the first of which will be an intermediated digital currency, while the second will be a CBDC-backed stablecoin circulated in the interbank system.

In a recent amendment made to the Financial Services and Markets bill being put forth by the UK government, the City Minister highlighted the importance of regulating crypto advertisements and prohibiting unlicensed crypto services. The measures will enable the Financial Conduct Authority to introduce a full regulatory regime for cryptoassets and move in parallel with the European Union, which has already begun providing incremental regulatory clarity via the implementation of its Markets in Crypto Assets regulation (MiCA).

The Financial Sector Conduct Authority (FSCA) of South Africa has taken steps to recognize cryptoassets as financial products subject to financial services law. An amendment made to the 2002 Financial Advisory and Intermediary Services Act (FAIS) provides a definition of cryptoassets that allows financial service providers to formally engage with cryptoassets and offer them to clients. Crypto companies in the region have welcomed the enhanced regulatory clarity which they believe could lead to cryptoasset exchange-traded funds (ETFs) and similar financial products being developed and released in the future.

Volumes on exchange spiked on October 25 as many tokens broke out of the tight ranges they have been trading in. Funding rates in ETH and other alt-coins had been negative recently as open interest had grown, suggesting that shorts had been building over the last few weeks. The move higher forced many of those to cover and exacerbated the price action. ETH once again became the most traded asset on exchange at 41% of total volume. 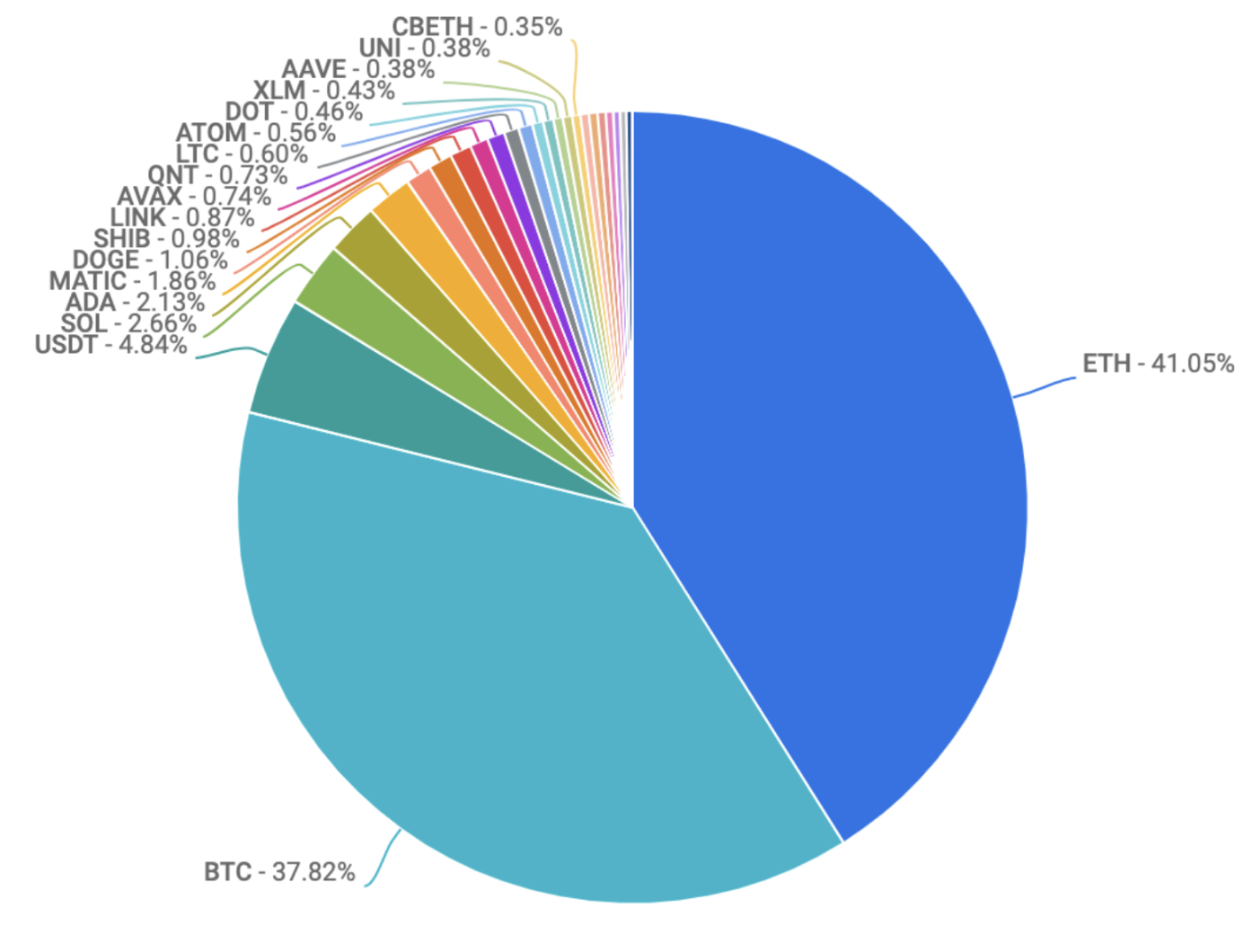 Clients of the CES desk were net buyers over the past week. Favorite sectors were again Scaling and Identity. After Tuesday’s break higher the desk saw a number trend following accounts establish new positions in the larger, more liquid, tokens. ETH has again become a focus as recent onchain activity has brought its inflation rate to near 0. Sellers of SOL have re-emerged looking to take advantage of the token’s move higher. 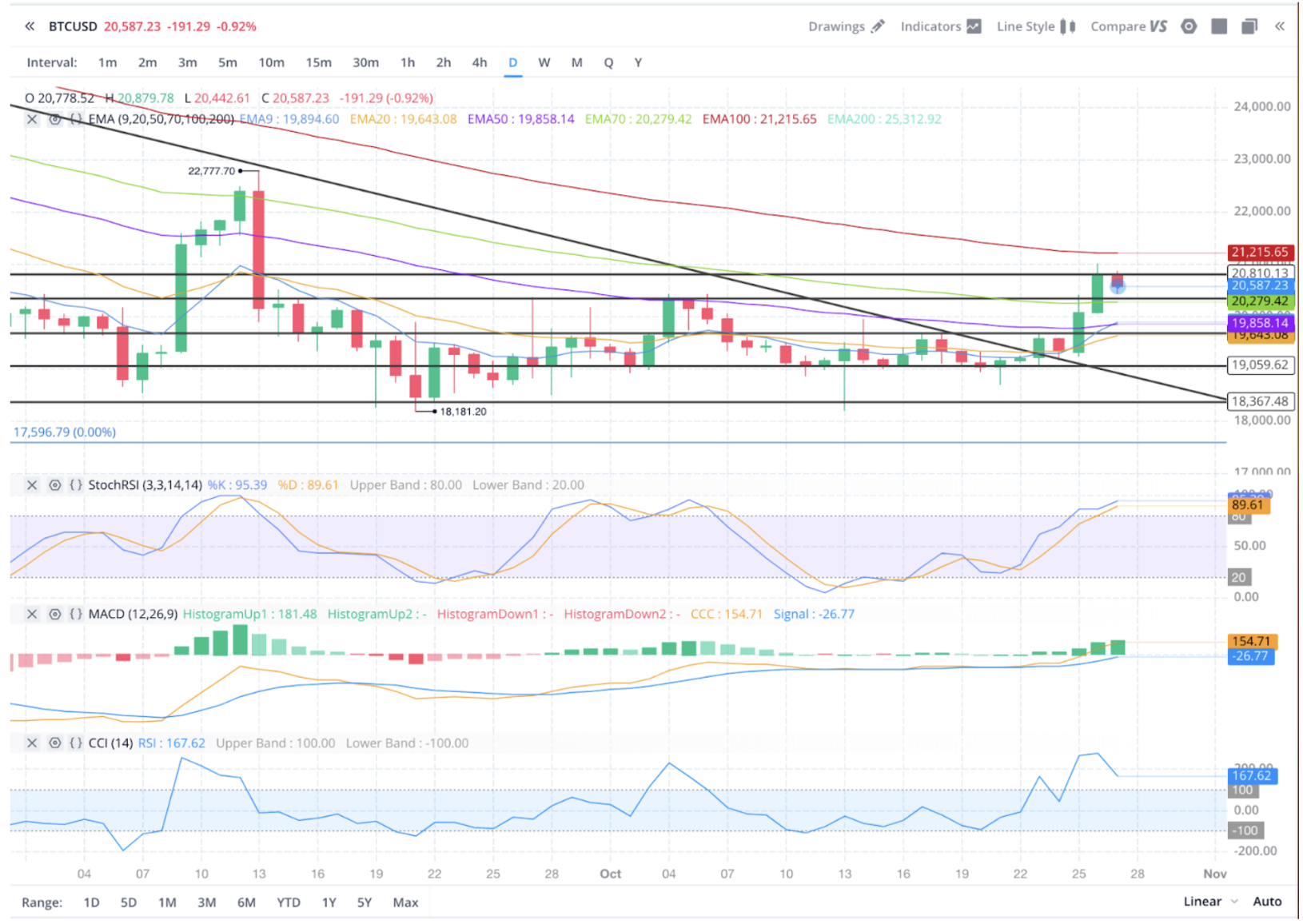 BTC is still in a bearish structure despite the recent move higher. After breaking the medium term bearish trendline on October 23, BTC successfully closed above the EMA9 two consecutive days and also had an EMA9 cross of both the EMA20 and EMA50 recently. While structurally solid, BTC is in the process of two consecutive days of rejecting resistance at US$20.8k. Given that the StochRsi on the daily timeframe is approaching overbought levels around 95.94, a triple top formation is in play which could see BTC retest previous resistance around US$19.6k. That said, on the weekly timeframe BTC is set to close above the EMA9 for the 1st time since August 13 and the StochRsi has crossed upwards which can be interpreted as a bullish formation.

As mentioned in our report published last week, the Cosmos V2 whitepaper was intended to be the starting point of an iterative process between contributors and the broader Cosmos community. Indeed, over the past week, the contributors of the proposal have issued a few revisions in response to community feedback which specifically address ATOM’s issuance schedule and treasury dynamics.

Instead of capitalizing the treasury up front within the first nine months, they now propose segmenting the process into ten equal tranches (of 4M ATOM) to occur annually, each of which would be subject to a separate governance vote. That said,  the whitepaper stipulates that the timing and size of these tranches can change at any time via governance voting. Further, the latest version of the proposal suggests a one-time issuance of 4M ATOM to the Community Pool. Table 1 shows the revised issuance schedule is more conservative in terms of both the magnitude and pace of treasury capitalization. Importantly, by segmenting the treasury capitalization into tranches, the revised proposal is more adaptive and introduces increased accountability for the deployment of treasury funds.

Moreover, the revised proposal suggests that the distribution of future monthly steady-state tail issuance will be up to the discretion of the Hub based on:

Notably, the determination of ATOM’s steady-state monetary policy will not be put forth by the Hub until they’ve garnered enough reliable data on the dynamics of the new revenue sources introduced by the broader proposal. Concurrently, contributors and community members have begun iterating on the drafted charter for the Cosmos Hub that will effectively govern the treasury and deployment of funds. We view these revisions positively as they (1) suggest a more conservative approach to capitalizing the treasury, (2) provide the community with greater discretion over the pace of capitalization and (3) increase the level of accountability for the deployment of treasury funds.

The Monetary Authority of Singapore has published two consultation papers proposing regulatory measures to reduce the risk of consumer harm from cryptocurrency trading and to support the development of stablecoins as a credible medium of exchange in the digital asset ecosystem. These measures will be part of the Payment Services Act. (Monetary Authority of Singapore)

Singapore’s High Court has ruled that non-fungible tokens are a form of property as they are easily distinguishable from one another and have owners capable of being recognised as such by third parties – fulfilling certain legal requirements. This is after the court granted an injunction in May to stop any potential sale and ownership transfer of an NFT. The injunction is said to be the first one issued in Asia to protect an NFT Bored Ape #2162. (Straits Times)