What are stablecoins and why do we need them? 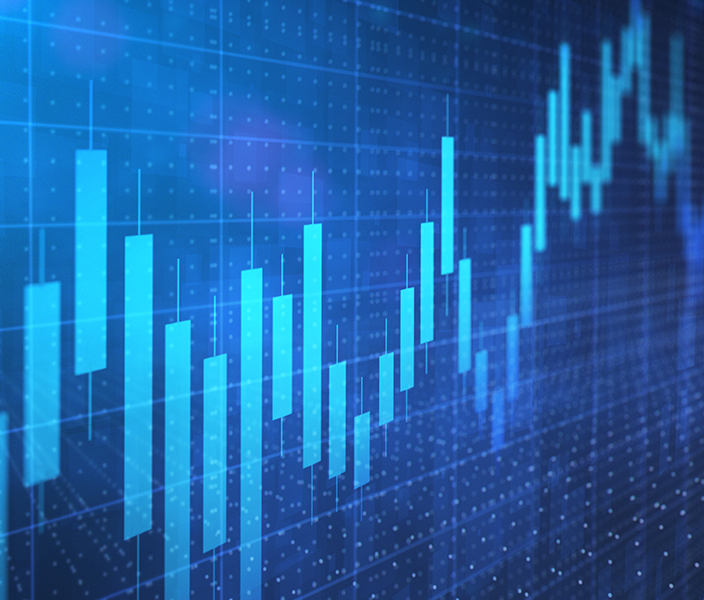 A look at why stablecoins have become essential to the cryptoeconomy - and why they are likely here to stay.

A stablecoin is a cryptocurrency that is pegged to the value of a reserve asset, with the aim of mitigating price volatility. Most stablecoins use either a fiat currency, a near-cash equivalent or crypto for collateralization, along with protocols that may include economic mechanisms, computer algorithms, or a combination of both.

Stablecoins that do not feature collateralization achieve price stability instead through seigniorage rights, or rebasing to algorithmically adjust supply and suppress price volatility.

As the name suggests, the primary purpose of a stablecoin is to maintain a relatively constant value, and function as a reliable medium of exchange that is not subject to the volatility of other cryptocurrencies (such as bitcoin and ethereum).

This stability makes them a popular means of moving assets on blockchains. Stablecoins have also become a key building block of many DeFi protocols, on which asset owners can invest their stablecoins for set periods of time to earn yield without risk of their investments losing value through market volatility.

Stablecoins combine the properties of fiat currencies — in being a store of value, means of exchange, and unit of account — with the added utility of running on a blockchain, which means they are a form of programmable money that can interact with other digital assets and their decentralized networks.

Why are stablecoins important?

Stablecoins have become essential to financial activity in the cryptoverse for several key reasons:

Because of their lack of price volatility, stablecoins became the primary way for traders on non-fiat crypto exchanges to move in and out of trades. The first crypto exchanges did not have U.S. dollar or other fiat currency on and off ramps, so a stablecoin was required as a fiat equivalent. Traders could move into the stablecoin after closing a position to protect  their gains.

When most investors approach the cryptocurrency space for the first time, the first thing they need to do is convert their fiat currency into cryptocurrency. The easiest way to do this is by buying stablecoins that are pegged to a fiat currency’s value. For example, if you wanted to convert U.S. dollars to cryptocurrency, you might trade your dollars for an equivalent amount of USD Coin (USDC).

Founded in 2014, Tether — originally called Realcoin — was the first stablecoin ever created. It largely maintains a 1:1 peg to the U.S. dollar. After converting fiat to USDT, a market participant can transact with their USDT-denominated funds on the blockchain.

Tether runs on a number of public chains, including Ethereum, Tron and Algorand. Its most recent incarnation is on the Ethereum chain, as an ERC20 token.

Other stablecoins, such as USD Coin (USDC), which is managed by a consortium of companies including Coinbase and Circle and is the ninth-ranked digital asset by market capitalization, are growing rapidly.

So, while many cryptocurrencies have different uses, stablecoins are the asset of choice for moving assets on a blockchain.

In many ways, DeFi depends on stablecoins. For example, Curve — one of the larger DeFi protocols with more than $20 billion in total locked value — primarily serves as a market for traders to exchange different types of stablecoin with low fees and low slippage. Investors who add their stablecoins to Curve’s liquidity pools receive a share of the trading fees whenever a trader swaps stablecoins using this liquidity.

A number of DeFi protocols have built their platforms specifically to help investors trade on Curve, including Convex and Yearn. These protocols have, in effect, built multi-billion-dollar investment funds by helping investors participate in Curve’s stablecoin pools.

Similarly, DeFi lending protocols, including multi-billion-dollar platforms Aave and Compound, exist to enable lenders to provide loans to borrowers in the form of stablecoins. If these loans were denominated in a volatile asset, such as bitcoin, the lending platforms could not function: when the value of bitcoin went up, borrowers’ collateral would be insufficient to cover the value of the loan; and when bitcoin fell, borrowers would be left with diminished funds, in terms of dollars. As a result, these lending protocols would be in a constant state of chaos. They can only function because borrowers receive their loans in the form of stablecoins that hold a steady value for the duration of the loan.

Other DeFi protocols, such as Alchemix, Sythentix, and Lido, have created their own stablecoins to facilitate investment in their platforms.

DeFi has grown to a total value of nearly $150 billion, according to crypto data and analytics platform CoinGecko — largely by leveraging stablecoin technology. 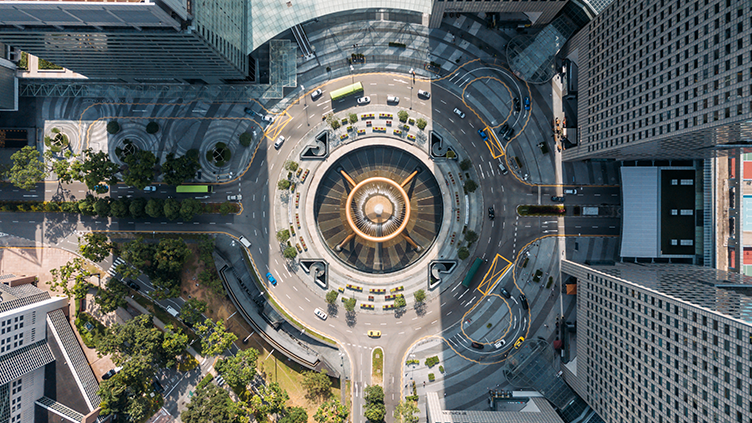 How do stablecoins stay stable?

So far, successful stablecoin projects have all fallen into one of three categories: collateralized, decentralized, or algorithmic.

Collateralized stablecoins maintain their value by holding reserve assets to support the stablecoin’s value. For example, Tether, USDC and Gemini Dollar (GUSD) are all pegged to a value of US $1. The entities that issue these stablecoins hold cash and other assets, such as treasury bonds, in bank accounts so that each stablecoin they mint is redeemable for US $1 worth.

The disadvantage of collateralized stablecoins is that they are dependent upon a centralized body. In the case of U.S. dollar-pegged variants, that body is ultimately the United States government. This undermines  the efforts of blockchain supporters to create a financial system independent of any national government.

Crypto-collateralized stablecoins are administered by a DAO (decentralized autonomous organization) and collateralized by a variety of different cryptocurrency assets.

A DAO’s protocol rules are embodied in smart contracts. Rather than having a centralized entity provide the collateral (such as the entities that control USDT, USDC, and GUSD), decentralized stablecoins collect collateral from individual borrowers, in the form of cryptocurrency.

Perhaps the best-known crypto-collateralized stablecoin is DAI, which is administered by MakerDAO and lends at a collateral-to-loan ratio of 66%. The value of DAI is stabilized through the dynamic use of collateralized debt positions (CDP) into which DAI is locked, in conjunction with a structured system of incentives informed by autonomous feedback mechanisms.

CDPs also enable the minting of new DAI, which becomes a debt that is payable when the CDP is closed. And this all works because of overcollateralization: an open CDP is always collateralized with a greater amount of DAI than was created as debt liability in its creation.

The advantage of a DAO-managed stablecoin is that the stabilization mechanism is not dependent on a government or centralized business or other organizational entity to function.

Algorithmic stablecoins use software to monitor the stablecoin’s price and suppress volatility by controlling its supply. As a result, they are decentralized and do not rely on a government or corporate entity. There are two primary methods to control the price of an algorithmic stablecoin — rebase and seigniorage.

Rebase stablecoins, such as Ampleforth (AMPL), monitor the market price and increase or decrease the coin’s supply to move the price up or down as necessary.

If the price gets too high, the smart contract that administers the stablecoin will automatically mint additional coins and distribute them to the wallets of all coin holders — so all holders end up with more coins but the same proportion of the total supply as they had before. Since the supply has gone up, the coins become less rare and their value declines.

If the price gets too low, the smart contract does the opposite: it reclaims coins from the wallets of stablecoin holders, reducing the total supply to make the coins more rare, and therefore more valuable.

The advantage of a rebase algorithmic stablecoin is that it is simple to administer. The disadvantage is that rebase stablecoins have struggled to maintain a stable price.

Seigniorage is the difference between the cost of minting money and its face value. Traditionally, these costs referred to the physical materials and processes needed to create money out of paper and metal: paper, ink, printing machines, copper, and workers to operate machinery.

If the face value of money is greater than the cost of making it, then that difference is profit for the entity issuing the money. So if it costs $0.50 to print a $1 bill, the government realizes a profit of $0.50 for each  $1 bill printed.

Seigniorage rights (be they of a central bank or a feudal monarch) are profitable and, as such, jealously guarded.

If the stablecoin appreciates too much, the issuer will reduce the cost of issuing new stablecoins. This increases the supply, making the coins less rare and reducing their price.

If the stablecoin price is being pressured lower, the issuer will increase the cost of issuing new stablecoins. This reduces the supply, making the coins more rare, thereby increasing their price. The issuer may also offer to repurchase coins at the pegged price, creating market pressure to push the price back up towards its peg.

Stablecoins are essential on- and off-ramps for the cryptoeconomy, and have established themselves as a core element of the DeFi ecosystem, as well as a strong indicator of the potential of programmable money. How stablecoins co-exist in a future that may include central bank digital currencies is yet to be determined, but given their utility, they are likely here to stay.


What are central bank digital currencies and what are they used for?→
Beyond the hype, NFTs are a disruptive and investable technology→