A look at risk management in the crypto space 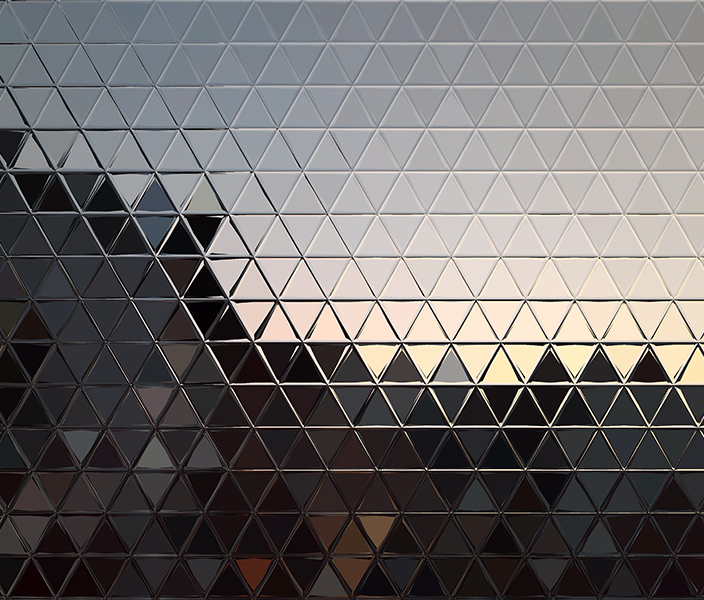 Institutional investors, by the very nature of operating with huge sums of money, will always have a higher risk tolerance than your average retail investor.

After all, one doesn’t have to look any further than the influential Yale Model of endowment investing, a strategy pioneered by the late David Swensen, that puts a heavy emphasis on allocating money to alternative investments. To be sure, Swensen was adamant about risk management and also diversification within each asset class in which the endowment was invested.

But Swensen was also reportedly keen on “limiting” the amount of illiquid assets to 50% of the portfolio. You won’t find many retail investors who are so flush with liquidity in their day-to-day lives that they could lock up 50% of their assets in illiquid investments.

So, again: The risk tolerance of institutional investors is such that moving into new assets like bitcoin and other cryptocurrencies isn’t really that big of a leap. And investors also now have access to sophisticated trading tools, like comprehensive real-time and historical analytics for the cryptocurrency spot and derivatives markets, which can help them build data-driven strategies in the crypto space. But since the crypto space is fundamentally different from most of the other investments they will have in their portfolios, it’s important to have some context around risk and how to manage it.

In part five of a five-part Q&A series on building a foundation for crypto investments, John D’Agostino, director of institutional sales at Coinbase, who oversees strategic partnerships for the company, discusses risk tolerance, what to keep top of mind when investing in crypto spot and derivatives markets, and why it’s important to talk about risk.

Earlier in this series, you mentioned that some investors have an anachronistic view of the safety and security of the crypto market. It is not, in fact, the “Wild West” that people sometimes use to describe it. But how do you ease some of their concerns about risk when it’s a market that might be foreign to them?

John D’Agostino: My career has been in derivatives and I do have a personal philosophy where I think you have a responsibility when you are representing an idiosyncratic asset class to be honest about the risks. I wouldn’t be working for Coinbase if we were peddling strategies for kids to invest in crypto.

And institutional investors had been known to invest in some “idiosyncratic” assets long before bitcoin came to be.

JD: But there’s a reason why everyone is talking about bitcoin. It’s not just because it’s a “hot asset class” when there are always a lot of hot asset classes out there; it’s because an extraordinary amount of infrastructure has been built around bitcoin. That’s what’s interesting for the market.

You’ve also mentioned that institutional investors will base the size of their allocation on the downside risk. So is it important to talk to them about this downside?

JD: Institutional investors should consider the downside risk, but you should also acknowledge when some of those downside risks have abated, like with the infrastructure build of the crypto market that we’ve mentioned. My feeling is that there’s very little risk of bitcoin going to zero.

When you think about a fund’s investment policy statement, one of the things that usually gets addressed is risk tolerance. How do you frame risk tolerance within the crypto space?

JD: There’s the traditional way you think about risk and then you’ve got Nassim Taleb and the black swan-type of philosophy. Nassim Taleb hates crypto, hates bitcoin but you can actually borrow from his writing when you think about how to frame risk. If you think about a venture capital investment, for instance: VC investments have very, very wide fat tails. In the crypto space, I believe that one of those fat tail events - that the U.S. government will outlaw bitcoin - has been reduced close to zero when you look at the infrastructure build that we have now. Or if you think about the China risk: Everyone was waving their arms about China and bitcoin, but China also did this to ed-tech; it shut off every online studio program in the world. The issue isn’t the crypto industry, the issue is China.

Since your background is in derivatives, we should end this by talking about how the crypto derivatives market has been gaining steam. What are the advantages and disadvantages of investing in bitcoin futures instead of the cryptocurrency itself?

JD: The advantages are that it’s a regulated product; and you don’t have to touch it because it’s already settled so you don’t have to worry about the operational aspect of holding bitcoin. There are also decreased [Anti-money laundering] requirements. The downside is that it’s not that liquid; it has twisted leverage because it’s leveraged upon the volatility of the underlying asset.

What should institutional investors be thinking about in terms of risk management in this space?

JD: Credit counterparty risk is all that matters. They’re sophisticated investors and they know how to trade derivatives. Way down the list there’s the cost of execution because that does become a problem for them sometimes. If you lose money because you made a bad bet, you’re fine. But if you lose money because your credit counterparty fails, you’re done, you're fired. Which means that farther down the list is cost.