With the successful protocol upgrade of the Ethereum network now in the rearview mirror we provide updates on price action and share insights on what to expect next. 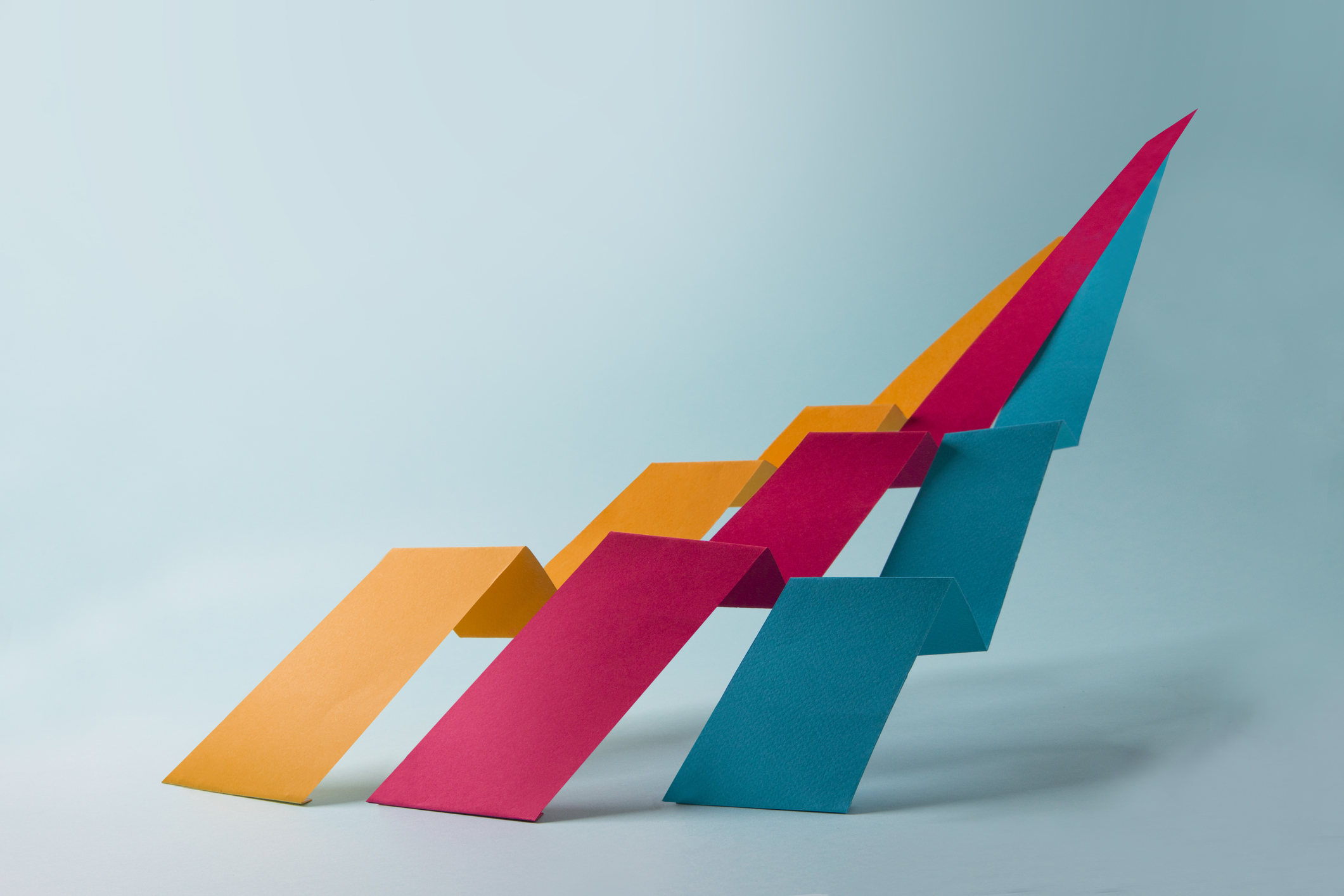 The first epoch on the PoS chain was finalized at 2:59 AM ET and according to the Ethereum Foundation, around 4% of validators dropped from the network following the activation of the Merge.

In recent weeks, we’ve discussed at length the mechanics of the Ethereum Merge, as well as important implications of the event. Early yesterday morning (September 15), the Merge was officially triggered and activated successfully. In this week’s market commentary, we explore the immediate aftermath of the protocol upgrade and the market reaction.

Earlier this week on September 13, our Head of Institutional Research David Duong, CFA and Senior Protocol Specialist Ben Rodriguez hosted an ask-me-anything webinar to discuss client questions regarding the Merge. The recording is available here.

In anticipation of the Ethereum Merge, a common analogy to describe the ambitious endeavor was “changing an airplane engine in mid-flight.” As of 2:44 AM ET yesterday morning (September 15), the Ethereum PoW chain reached its Total Terminal Difficulty (TTD), the Merge was triggered and activated successfully, and the passengers on board the aircraft experienced a turbulence free flight.

The first epoch on the PoS chain was subsequently finalized at 2:59 AM ET and according to the Ethereum Foundation, around 4% of validators dropped from the network following the activation of the Merge. This was not enough to particularly affect the network and is lower than some estimates prior to the Merge. These validators may need to fix some configuration issues and then should be able to return to the network.

In terms of near term price action, ETH has been somewhat volatile (at least relative to BTC) as prices rose ~2% right after the merge, but have since retraced ~6% below the price at the time of the merge. Further, mixed economic data negatively impacting traditional markets may also be a factor. We think price action over the next few days could be choppy as traders react to the outcomes of the Merge, but it should also provide some insight on the extent to which a successful Merge outcome was priced in by the market. That said, the broader financial markets and macro backdrop may override any of these impulses.

The bottom line is that the Merge operation went about as well as it could have and as a result, ETH issuance is down roughly ~90% and the associated sell pressure from miners no longer exists. In the initial moments of the PoS chain, the ETH burn rate and gas costs were elevated, but this was to be expected. As of this writing, roughly ~220 ETH have been burned since the Merge and block times are coming in consistently at 12 seconds with only ~10% of blocks bumping up against the 2x limit (24 second block time), down from ~20% pre Merge.

In the hours leading up to the Merge, funding rates for ETH crept deeply negative and the futures curve was in backwardation as traders positioned themselves to capture value from the ETHPoW fork, but this has begun to normalize as those trades unwind post Merge. On AAVE, for example, in the hours before the Merge, utilization reached 100% with deposit APY at ~70% and borrowing costs at ~190%, reflecting the outsized demand for ETH required to capture forked token proceeds – in the hours post Merge, these rates on AAVE have normalized (49% utilization, 1.1% deposit APY, 2.1% borrow APY at current). Further indications of normalization can be observed in the spread between stETH and ETH which has narrowed to levels not seen since early May (~1.5% discount at current, up from the lows of ~6.5% in mid June), reflecting the reduced execution risk associated with the PoS chain post Merge.

Meanwhile, the developers working on the ETHPoW fork announced that the mainnet would launch 24 hours after the Merge with the exact timing to be announced 1 hour prior to the launch. That said, certain exchange venues have already distributed ETHW tokens (placeholder tokens that will settle at zero if no such token actually emerges) to their customers, which began trading around ~US$21, representing roughly ~1.3% of the market cap of Ethereum.

Zooming out, the largely uneventful nature of the successful Merge is an important proof statement for decentralized coordination, a core tenet of building open source protocols.

Volumes on exchange have been variable as traders had positioned themselves for the Ethereum PoS merge. With the event now successfully behind us market participants are looking forward to the next catalyst that will help determine market direction. Interestingly, BTC has reclaimed the top spot as the most traded asset on exchange. Likely as traders flock to its relative safety given the lackluster macro backdrop. 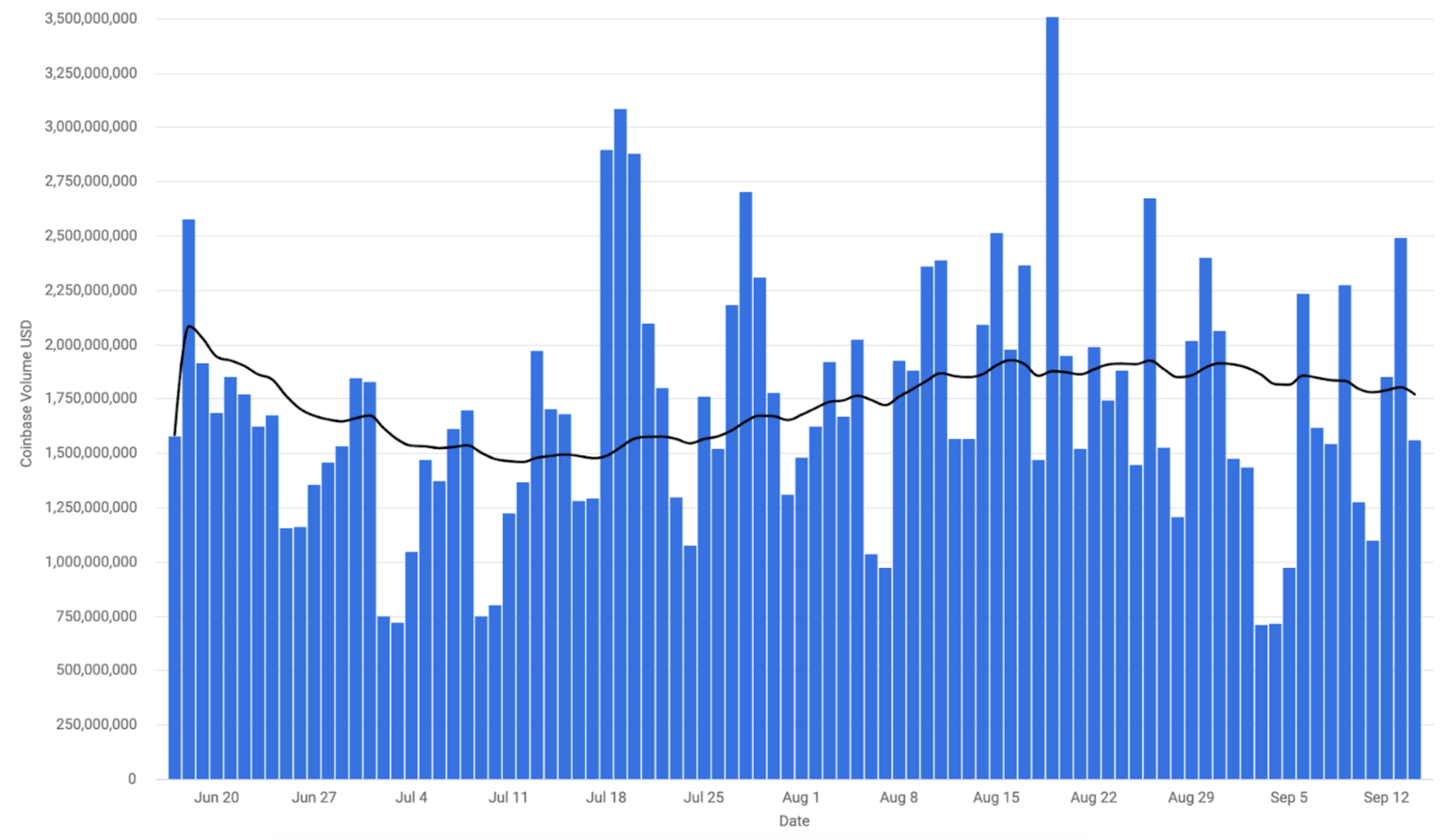 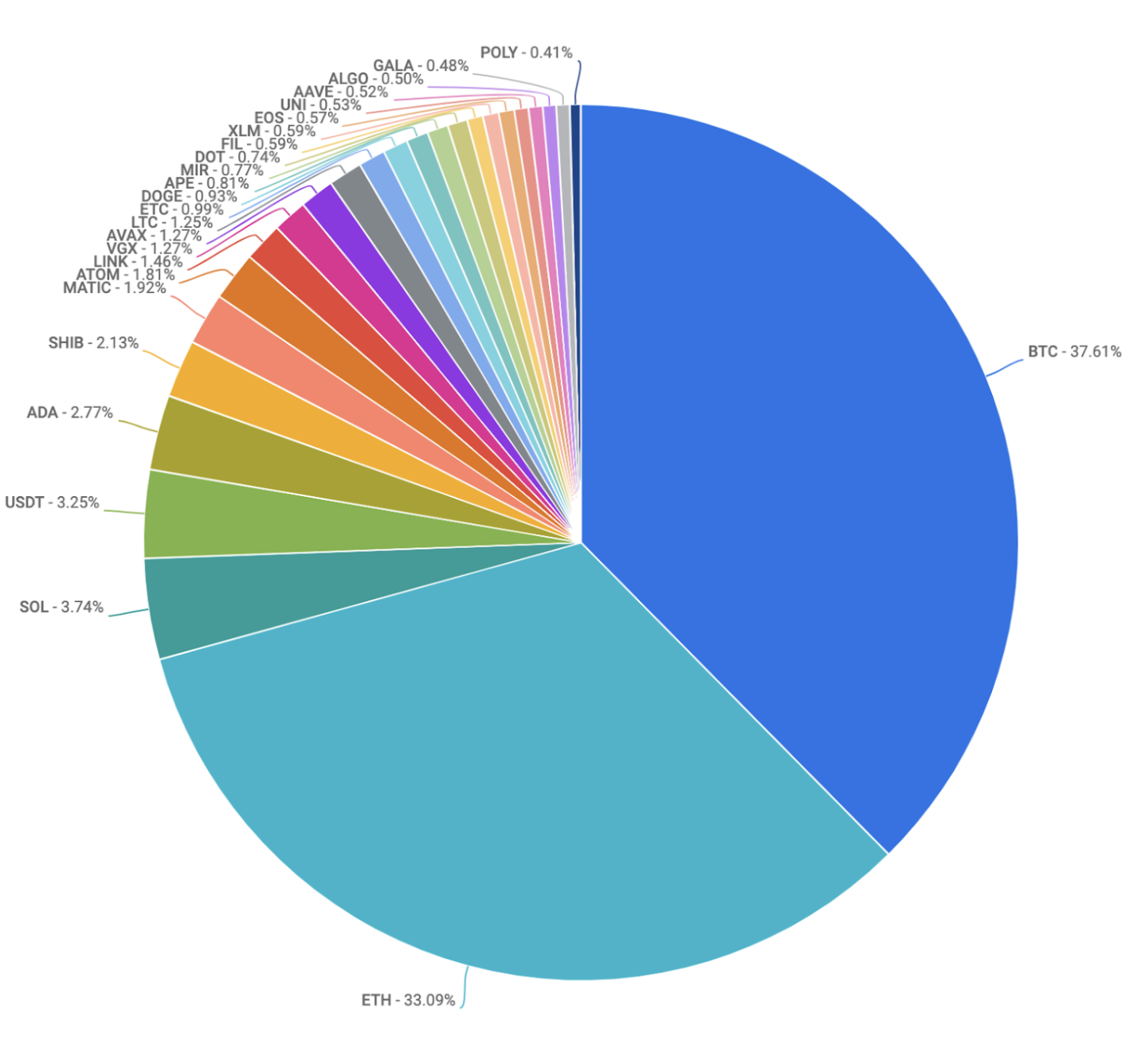 The BTC chart remains in a bearish formation despite the recent rally off the lows of US$18.5k. After 4 consecutive green candles on the daily, BTC rejected the EMA70 on two consecutive days ending with a bearish engulfing candle on September 13. Given this occurred with a StochRsi cross, an EMA9/EMA20 cross and two rejections of the EMA9, BTC is likely headed lower and will retest last week’s support at US$18.5k before the low end of the FIB retracement level at US$17.5k. On the weekly timeframe, the EMA50 crossed the EMA100 (mentioned last week) on September 10. If we break US$17.5k decisively, US$14.8k is the next support level. Given the bearish engulfing candle on the daily, we are unlikely to invalidate the current bearish setup.

Forward, a Thai digital asset and blockchain startup, has concluded a US$5M seed funding round with the venture capital arms of Kasikornbank and Bank of Ayudhya. This is the world's first DeFi project to receive investments from global funds and two major Thai banks. Forward focuses on protocol development for a decentralized derivative exchange and DeFi platform and this fundraising was concluded within 6 months despite the current macroeconomic conditions. (Bangkok Post)


The Merge: Waiting is the hardest part →
Trend following in uncertain times→