What to watch at the Merge

We discuss execution risks to watch out for surrounding The Merge and examine the price action of previous BTC halving cycles to gain insights on what may happen. 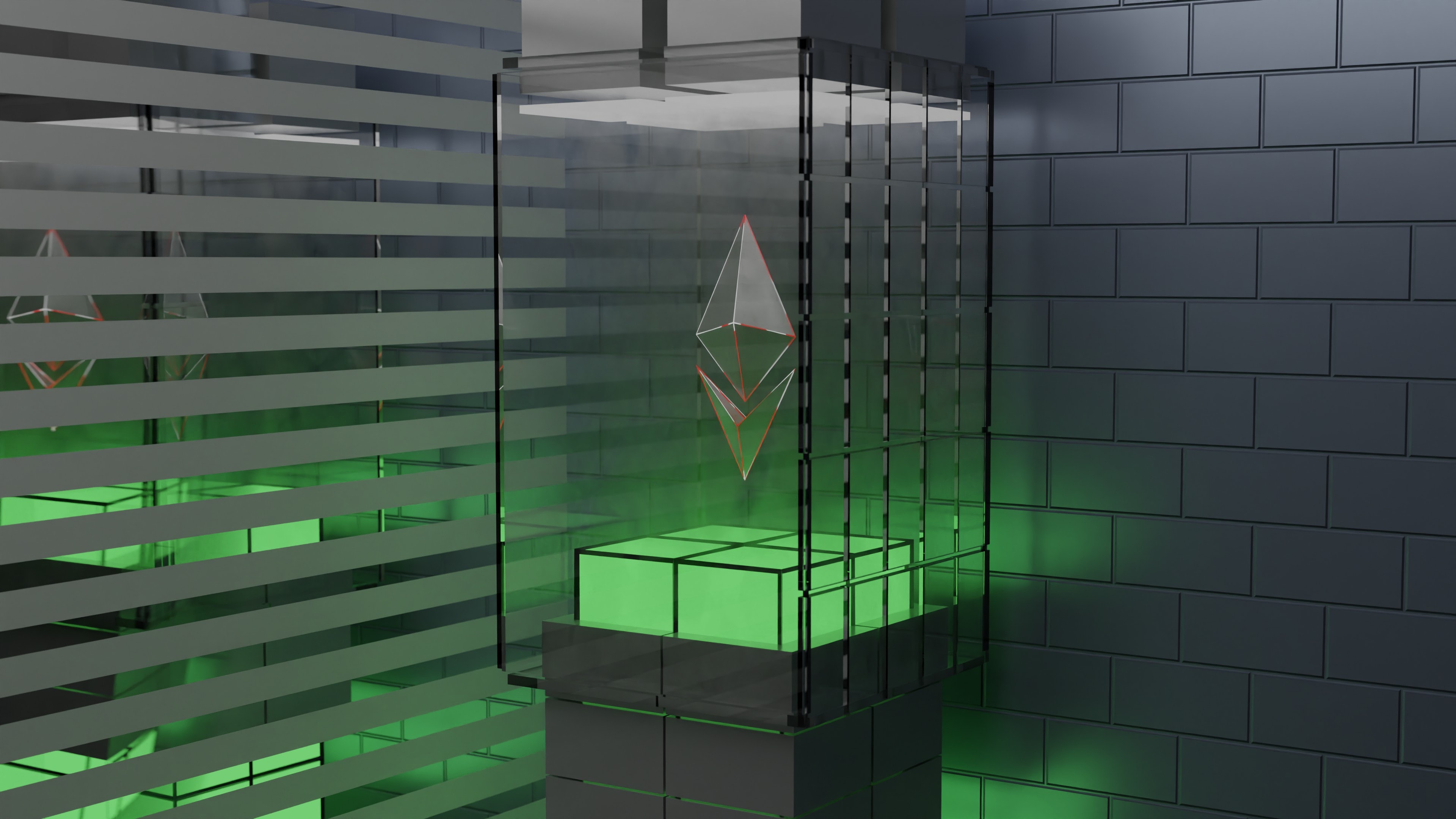 With Ethereum’s Merge about two weeks away, the ATM volatility term structure shows 1m implied vol on ETH options rising from ~90% today to ~108% by September 23.

While we think the likelihood of failure for Ethereum’s Merge is low, execution risks still exist. We discuss what to watch for in this week’s market commentary. We also take a look at where we are in the current bitcoin halving cycle and what it tells us about the broader performance for the asset class.

Meanwhile, if you’d like to hear more about our market views on the Merge, please register here for our next “Ask Coinbase Research” webinar on September 13 at 12pm ET. Our Head of Institutional Research, David Duong, and Senior Protocol Specialist, Ben Rodriguez, will do a dedicated session to answer questions from institutional clients.

Ethereum’s Merge - what are the execution risks?

With Ethereum’s Merge about two weeks away, the ATM volatility term structure shows 1m implied vol on ETH options rising from ~90% today to ~108% by September 23. That compares to only a modest increase from 64% to ~68% for BTC over the same period. For ETH, this level comes down to ~100% by December, reflecting expectations of short term price volatility leading into the Merge before the basis trade starts to unwind.

Open interest on ETH options maturing on September 30 is very high at 1.29M ETH (~US$1.98B), compared to 767k ETH at August month end or 735k in July. Given the potential for failure, however small, we think it makes sense that market players are choosing to express their views via options to try and limit downside risk. After the 25D 1m put-call skew for ETH dipped in the first half of August to around 3-4%, suggesting demand for put downside protection, the level has since bounced back and is stabilizing near 10-12% as market players now favor call structures.

In our view, the odds of failure are low, but the Merge doesn’t come without risks. For example, some potential issues include:

At any rate, the point is that there are still execution risks that we need to be mindful of ahead of the Merge.

The fourth bitcoin halving event is estimated to occur in March 2024, roughly ~565 days from now. As a reminder, the “halving” refers to the 50% reduction in a successful bitcoin miner’s block reward (paid in newly issued bitcoin) which programmatically occurs every 210k blocks (roughly every ~4 years). This mechanism is engrained in the bitcoin protocol and ensures that new issuance asymptotically approaches zero over time until all 21 million bitcoin are mined. Grounded in the fundamental tenets of economics, market participants have historically likened these halving events to supply shocks. Theoretically, assuming demand remains constant, a decrease in the rate of new issuance should be a positive catalyst for the price of bitcoin.

Observing the price action of past halving cycles in bitcoin’s history (Chart 1), there appears to be a clear uptrend in price performance post-halving, leading to an eventual peak, followed by a drawdown and ultimately a resumption of an upward trend prior to the next halving event. Notably, the magnitude of this price action has declined with each subsequent cycle (2012-2016 peak of ~100x, 2016-2020 peak of ~30x, 2020-present peak of ~7.7x), which could be a function of two factors.

First, because the magnitude of the supply shock (in BTC terms) is declining with each halving, the magnitude of the price impact may be declining as well. The second factor is market psychology. Because bitcoin holds a unique place as the first mainstream cryptocurrency and remains the largest single component of the industry by market cap, its halving cycles have historically coincided directionally with the broader “bull” and “bear” market cycles across the asset class. This dominance in terms of mindshare, combined with the predictable and immutable nature of bitcoin’s issuance schedule, have arguably contributed to a self-reinforcing dynamic driving the trajectory of these cycles.

However, over the past two years, the composition of market participants has shifted as an influx of institutions have entered the crypto market. It’s possible that these participants are less aligned to crypto-specific narratives in favor of traditional market and macroeconomic trends. Nevertheless, even if the usefulness of bitcoin’s halving cycles as a barometer for the trajectory of the broader crypto industry may be waning with each subsequent halving, the trends are still worth monitoring as we try to gauge where the bottom of the current cycle might manifest.

Volumes on exchange have trended around average for the past week. The reaction to last week’s Jackson Hole Symposium has led to some to cut risk and pare positions. The market is still very much focused on the upcoming Ethereum Merge. How much is priced in and will this be a sell-the-news event are the major questions traders are grappling with. The fact that the Merge is happening during a historically weak time for risk assets is also giving some pause. 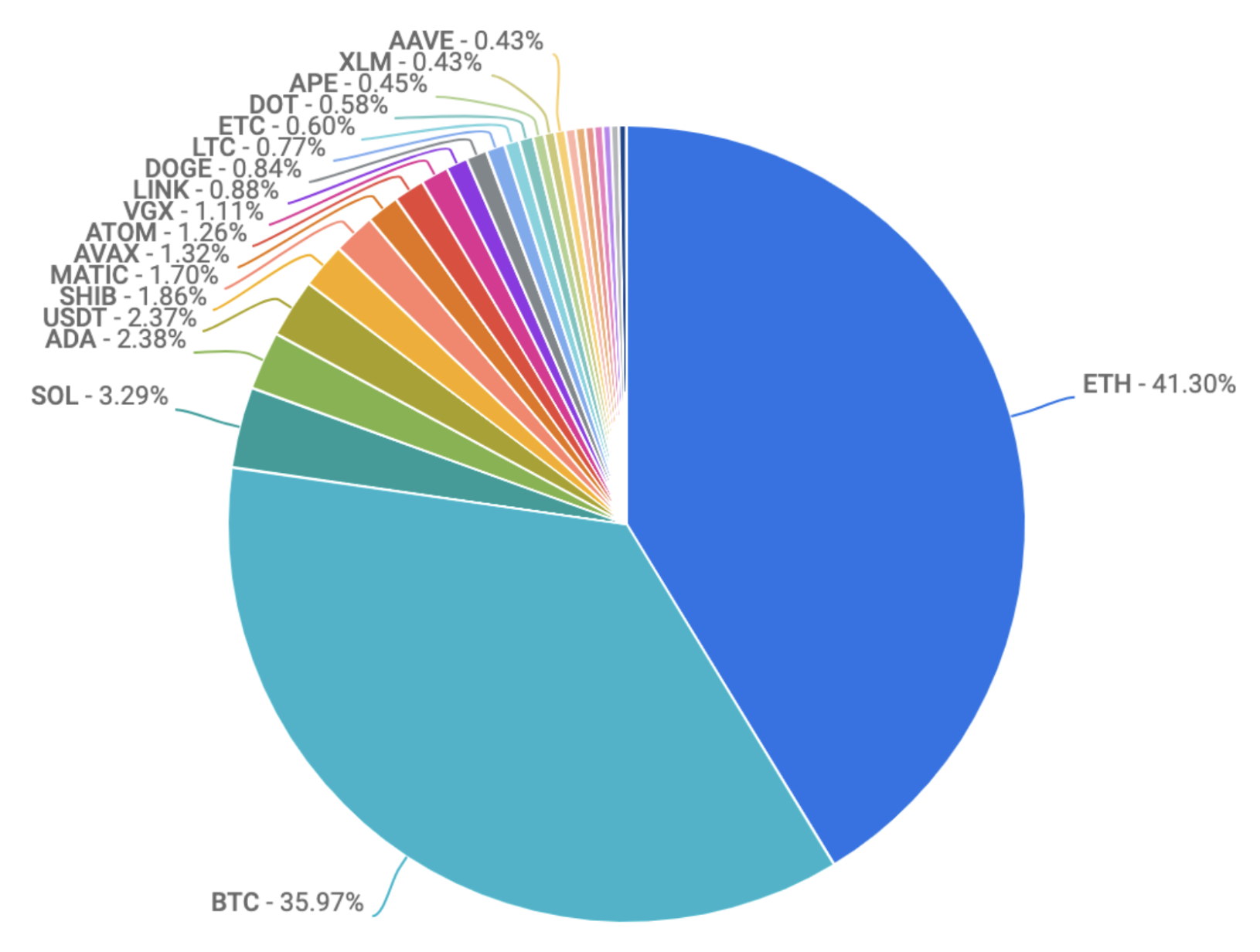 The CES desk continues to see balanced flows. Longer term investors have added to ETH on recent weakness and continue to accumulate their favorite alt coins. Sectors that have seen particular interest are Scaling, DeFi, and Smart Contract Platforms. The more macro focused trend followers cut risk significantly over the past few weeks and are unlikely to add until medium term trends turn up again. 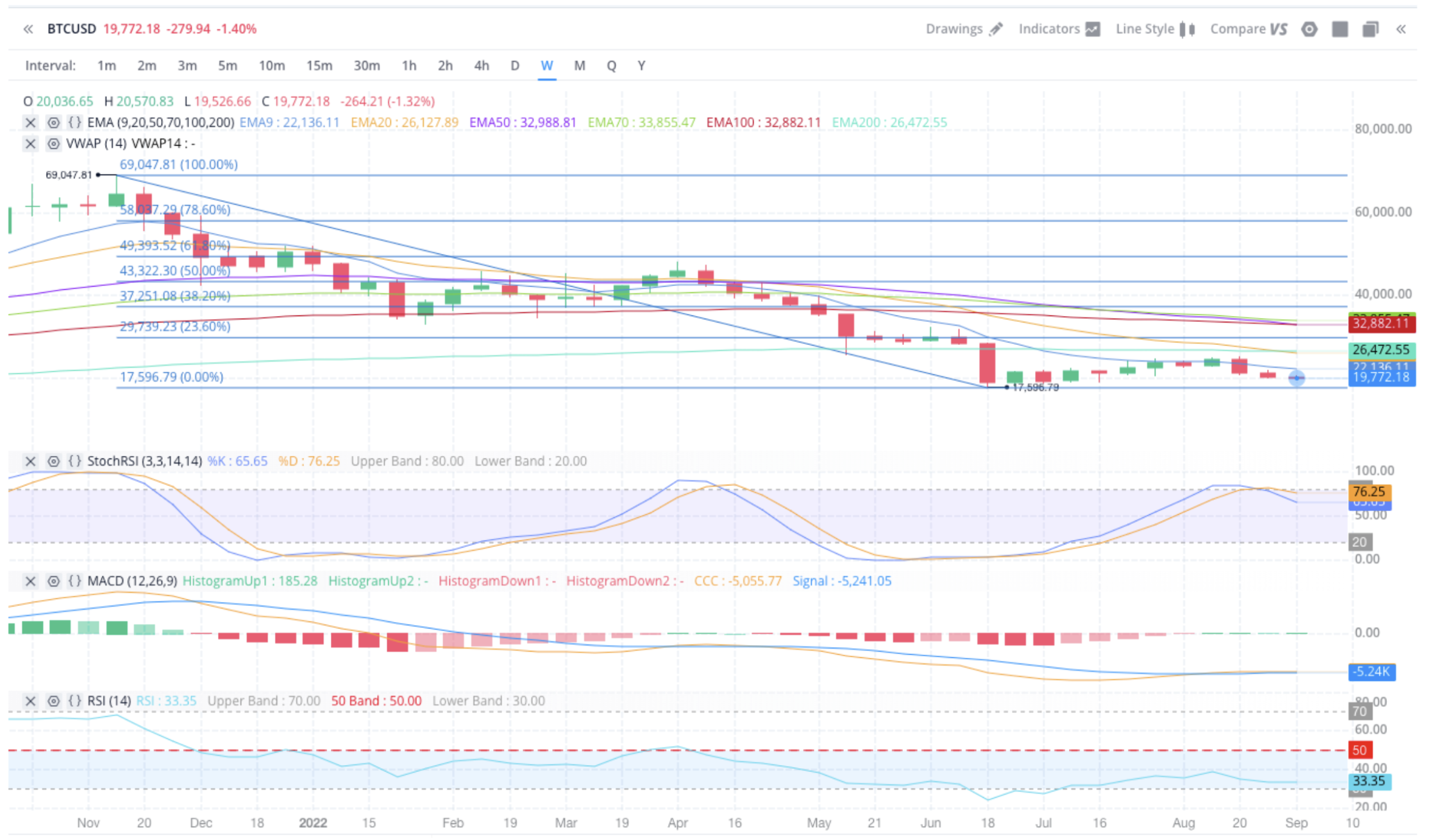 From a technical perspective, BTC could retest the previous lows set on June 18 (US$17.5k) after rejecting the EMA9 at US$21,533 on August 26. Since that date, BTC rejected the EMA9 over three consecutive days, which puts the next support levels at US$19.2k followed by US$18.8k. On the weekly, we have a StochRSI cross confirmed on August 27, an EMA20/EMA200 cross confirmed on September 1, and an EMA50/EMA100 cross that will be completed within 2 days. If we get the 3rd confirmation by way of the EMA20/EMA200 cross, this could be a catalyst to retest previous lows. BTC will need to reclaim the EMA70 level US$23k to invalidate the medium term bearish thesis which is unlikely given the current chart structure.

Singapore’s regulators are exploring options like customer suitability tests and restricting the use of leverage and credit facilities for crypto trading to make it harder for the public to buy cryptocurrencies. This is to reduce the risk of market manipulation and discourage speculation in crypto.

However, the Monetary Authority of Singapore does see good potential in stablecoins, though they would have to be securely backed by high-quality reserves and be well regulated. They intend to put out proposals on how to regulate stablecoins by October. (The Straits Times)