We talk about recent market dislocations, contrarian indicators and what these can tell us about the potential end of the risk asset sell off. 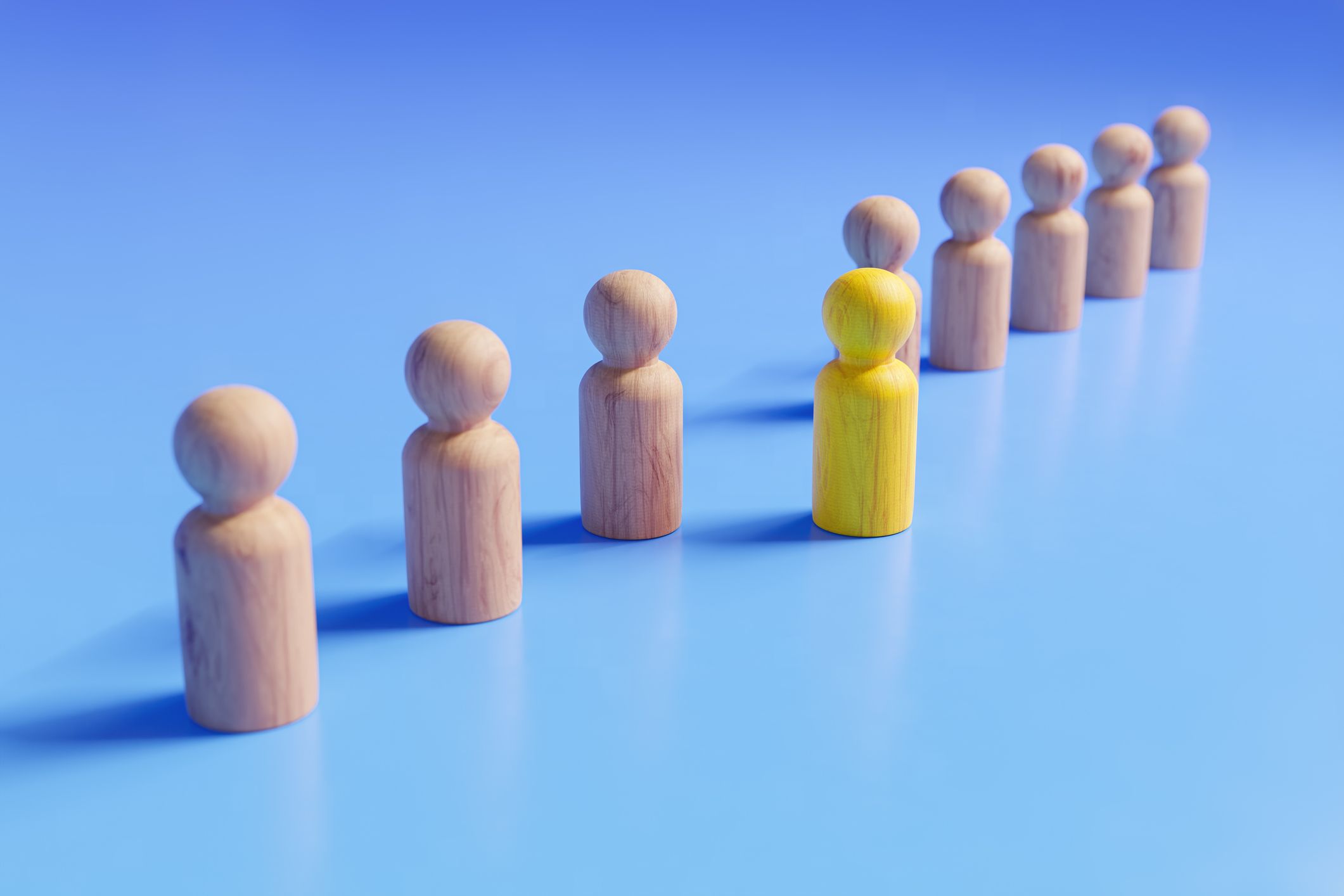 The selloff thus far has mostly been orderly rather than irrational, and price discovery remains fairly efficient. We’re also now less than a week away from the start of the Fed’s quantitative tightening (June 1).

This week we talk about recent market dislocations, contrarian indicators and what these can tell us about the potential end of the risk asset sell off. We also discuss the reorg on Ethereum’s Beacon Chain which impacted recent ETH pricing.

Meanwhile, we hosted a Coinbase Protocol Access Program on Chainlink and its native token LINK, focused on the protocol’s tokenomics. Specifically we look at the imbalance between the growth of LINK’s market cap relative to the growth of Chainlink’s total value secured. You can watch the replay here.

We also recorded a webinar on “Demystifying NFTs” where our research team discusses the prominent use cases for NFTs, the size and scope of the NFT markets, sub-segments within the market as well as potential methods to derive value. The replay can be viewed here.

Without the benefit of hindsight, identifying the bottom of a sell off in a volatile environment can be an exercise in futility, especially with the risk of confusing reflex rallies for turns in the cycle. However, a helpful leading indicator can be the newsflow itself. Often when headlines become uniformly bearish, as we’ve started to see more recently, that tends to be an early contrarian signal that markets may be reaching peak pessimism. The simple reason for that is there’s probably a much higher shock threshold as we’re already flooded by stories of possible recession, inflation, food catastrophe and geopolitical conflict.

That said, there’s a chance that such an indicator may not be giving us all the information we may need about the market conditions themselves. For example, the sell off thus far has mostly been orderly rather than irrational, and price discovery remains fairly efficient. We’re also now less than a week away from the start of the Fed’s quantitative tightening (June 1.) If history is any reminder, the last time the Fed did QT in 2018, we got headlines like the following: “The Biggest Economic Threat In 2018: Quantitative Tightening” (Forbes, 2 January 2018). That said, selling will start slow with the Fed planning to reduce its $8.9T balance sheet by $47.5B a month for the first three months.

Positioning is likely to be the key to seeing how soon traditional markets may stabilize, and there are some supportive factors to consider:

Bitcoin vs U.S. equities within 1 sigma of rolling 40d average

Meanwhile, bitcoin has been holding inside a fairly narrow range since May 11, oscillating around the $29,000 spot level. Ether (ETH) performance was also fairly stable during this period, until Ethereum’s Beacon Chain experienced a reorganization (reorg) on May 25. This was theoretically caused by ~25% of validators who failed to upgrade their software, resulting in some blocks (i.e. those proposed by upgraded clients) being submitted earlier than others causing confusion over the correct block order for the chain. While the issue was limited to seven blocks within a 64-block epoch, the incident created uncertainty about potential delays for the merge (with the mainnet) later this year.

The ETH derisking also appeared to have contagion effects on other alternative layer-1s such as Solana (SOL) and Avalanche (AVAX). These developments weren’t helped by the fact that ETH market depth is currently at its YTD lows. We may have more details about timing for the merge coming from today’s (May 27) core developer’s meeting.

Volumes on the exchange remain at higher levels relative to the average since February but have been gradually declining as volatility in the market has compressed and while positioning has been reduced overall many investors are still wary of increasing exposure in the short term. Volumes traded have been very heavily skewed towards BTC even cannibalizing market share from ETH over the past week as the latter has been showing some weakness despite the ETH merge being on track for 3Q22 (Ethereum core developer Preston Van Loon estimated an August merge date at Permissionless last week. However, see “Market View” above for concerns surrounding the reorg.)

WLUNA interestingly remains one of the top coins by volume traded despite the implosion and ahead of AVAX for the time being. However, starting on May 27, Coinbase will suspend trading in UST & WLUNA at or around 12pm ET on Coinbase, Coinbase Pro, and Coinbase Exchange in light of recent volatility involving the Terra ecosystem. Looking at the buy ratios WLUNA was oscillating around 50% indicating relatively low conviction over the past week as opposed to SOL for example which had strong buy ratios suggesting a “dip buying”. 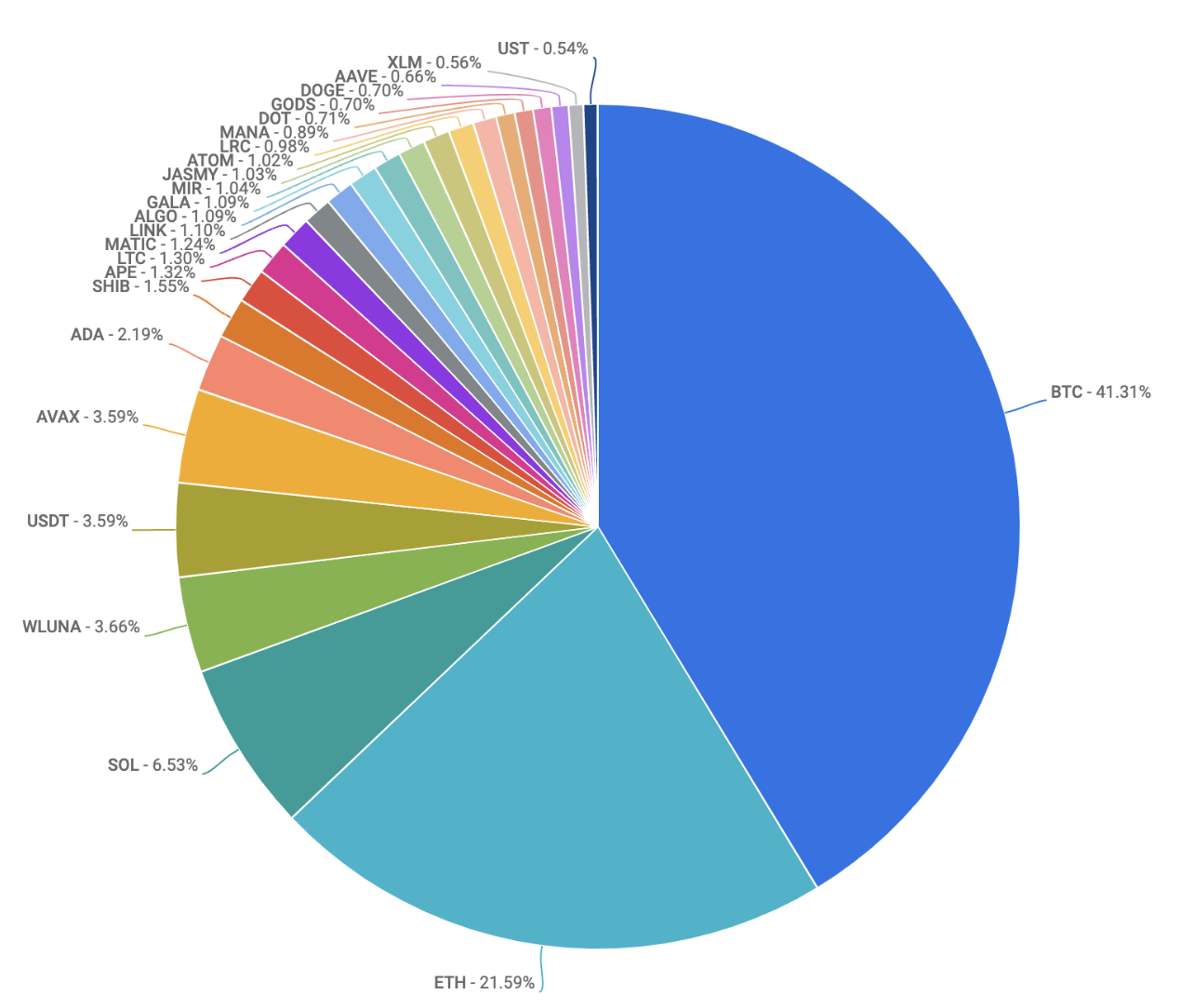 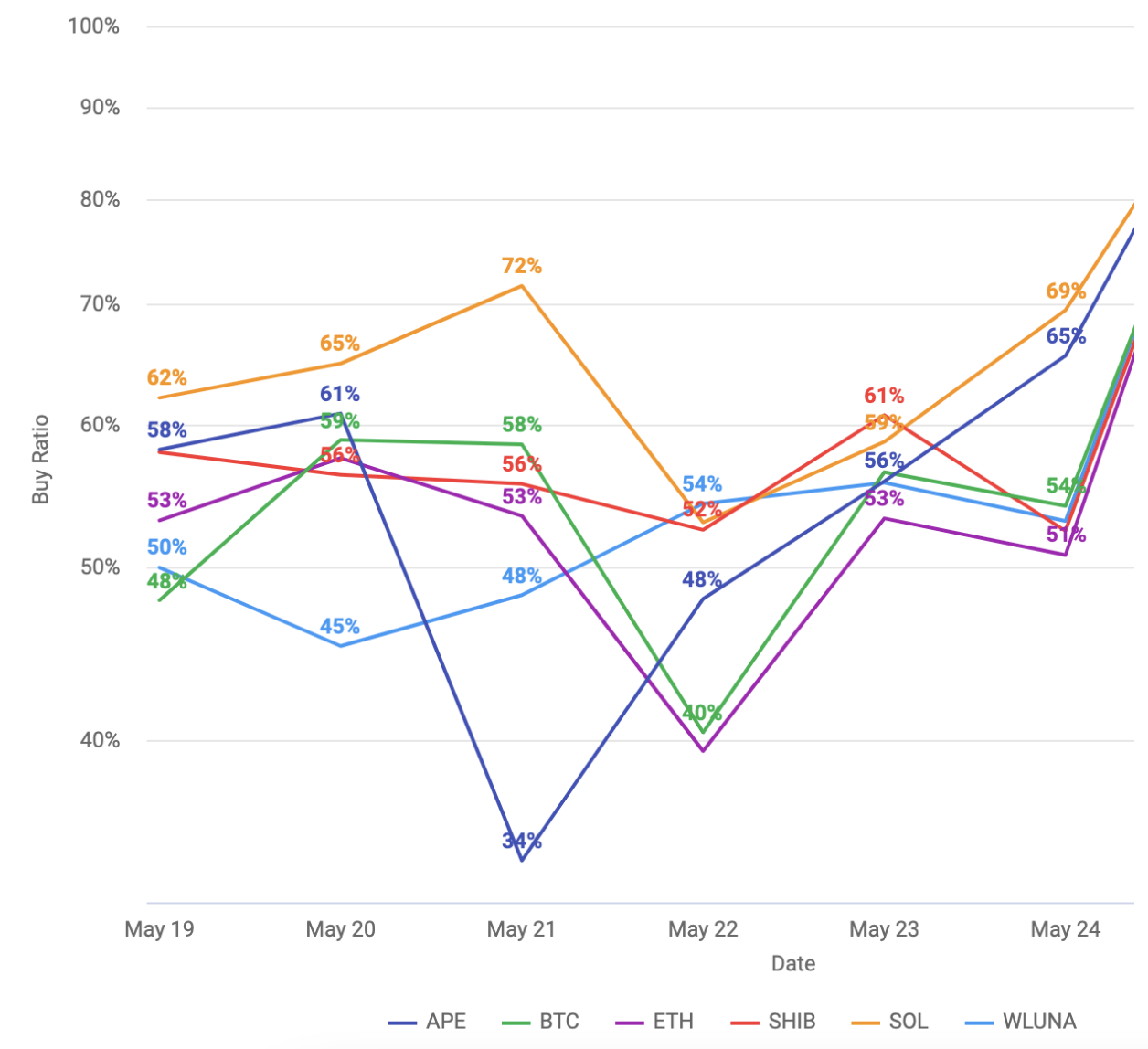 The BTC chart remains bearish. After hitting a YTD low of $25,373.27 on May 12, BTC has not closed above the EMA9 once since and has rejected 11 out of the last 12 days. With the StochRSI at 92 there is likely more downside to come. The next levels of any decent support are $21k and $18.7k. If BTC could stage a rally and successfully close above its 23.60% FIB ($35,686), the bearish setup would be invalidated. That said, with low volume and continued EMA9 rejections, sub $25,000 BTC seems more likely in the short term.

Japanese bank Sumitomo Mitsui Trust has announced that it will form a new company to offer digital asset custody services to institutional investors. This news comes after Nomura announced just last week that it is planning to launch a new company to help institutional clients diversify into the cryptocurrency space. The custody service will be a joint-venture between Bitbank, the largest cryptocurrency exchange in Japan, which will own 85%, and Sumitomo Mitsui Trust, which will own 15%. (Coindesk)

Alan Howard, co-founder of Brevan Howard, last week announced that both Goldman Sachs and Barclays had participated in a $70M funding round of Elwood Technologies taking its estimated valuation to $500M. Elwood is a cryptocurrency trading platform which is seeking to provide broad mass market access to digital assets. (Bloomberg)