This week, we discuss the recent market volatility as well as our impressions from Blockwork’s Permissionless Conference. 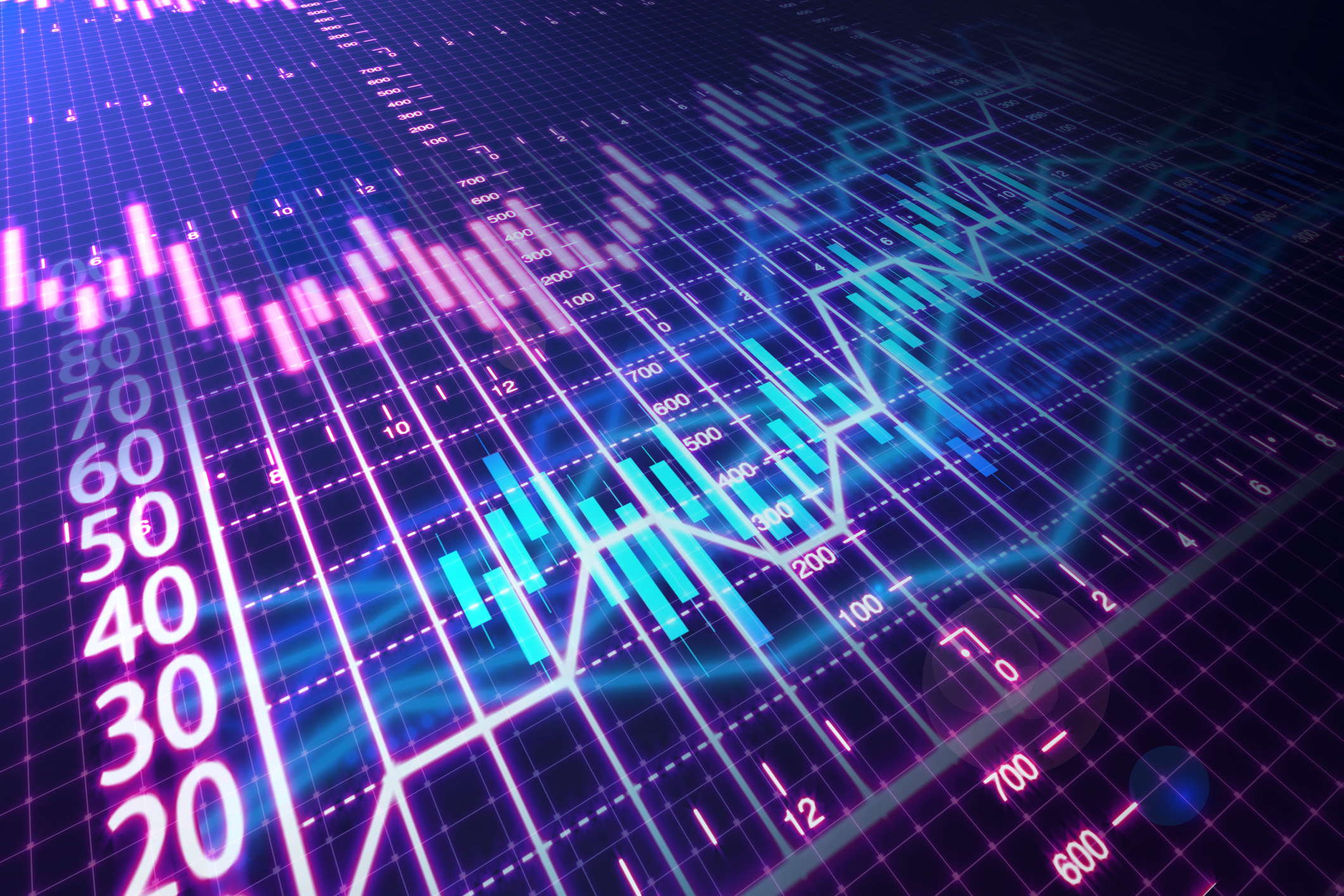 In the wake of the collapse of TerraUSD (UST) last week, topics related to stablecoins were top of mind at the conference, ranging from the varying resiliency of different forms of stablecoins to the implications of forthcoming regulatory clarity.

This week, we attended Blockwork’s Permissionless conference from May 17 to 19, and some of our key takeaways are included below. In the wake of the collapse of TerraUSD (UST) last week, topics related to stablecoins were top of mind at the conference, ranging from the varying resiliency of different forms of stablecoins to the implications of forthcoming regulatory clarity. Accordingly, in this report we examine the recent fluctuations in stablecoin market caps and what they may suggest about current market sentiment. Other highlighted topics from the conference include the alignment of incentives throughout Web3 and broader secular trends related to technological development, scaling solutions, and product roll-outs.

Markets continued their sell off this week after poor earnings results in the consumer equity sector and hawkish comments from Federal Reserve Chair Jerome Powell, signaling higher risks for future U.S. economic activity. However, the moves were relatively orderly suggesting that we’re not quite seeing capitulation just yet. Meanwhile, in the crypto space, the moves in BTC and ETH were fairly range bound compared to the depreciation of the previous week, which at that point had been exacerbated by the events surrounding TerraUSD (UST) and LUNA.

Stablecoin markets have continued to de-risk and exhibit a flight to safety, as the market caps of Tether (USDT) decreased by ~US$7B, while the market caps of USD Coin (USDC) and Binance USD (BUSD) increased by ~US$3B and ~US$1.6B, respectively, over this past week (May 12 to 19). Further, the overcollateralized crypto stablecoin DAI lost roughly 25% of its market cap, now totaling ~US$6.5B, although DAI maintained its dollar peg relatively well and the decrease in market cap was largely driven by liquidations across the protocol resulting from the declining value of collateral assets. In our view, the increase in USDC and BUSD market caps reflects a vote of confidence in stablecoins with better reserves transparency and redemption procedures.

The topics of stablecoins and the weak market environment featured prominently at Blockwork’s Permissionless 2022 event, which was sponsored by Coinbase. These are some of our takeaways from the conference’s panel discussions:

After reaching the highest levels since January exchange volumes have started to retrace again as BTC was consolidating around the $29-30k area. Interestingly, even during the height of the sell off on May 12th volumes were lower than during the sell off on January 21st - even though during the current sell off a bigger relative intraday move was observed and we broke through an arguably more important psychological level at $30k.

In terms of the volume breakdown there hasn’t been much change compared to the previous week with a heavy skew towards BTC and ETH still indicating that we still firmly remain in risk-off territory.

WLUNA was unsurprisingly a relatively large part of overall volume traded although due to the price collapse going forward this should be much lower while its buy ratio wasn’t as bad as one would have expected. Another interesting coin is USDT where the buy ratio was fluctuating very widely indicating that after the UST implosion there were moves to reduce allocations to USDT. 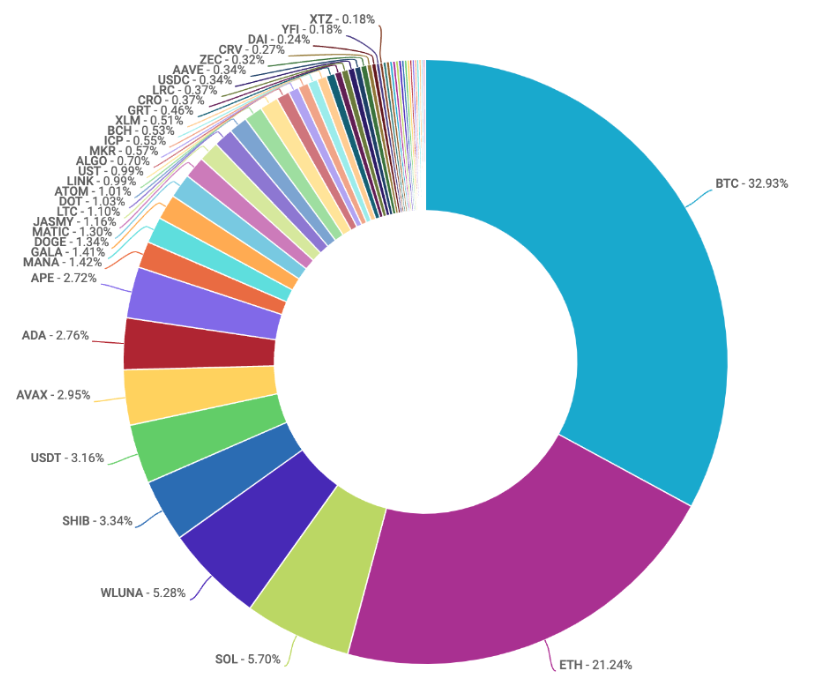 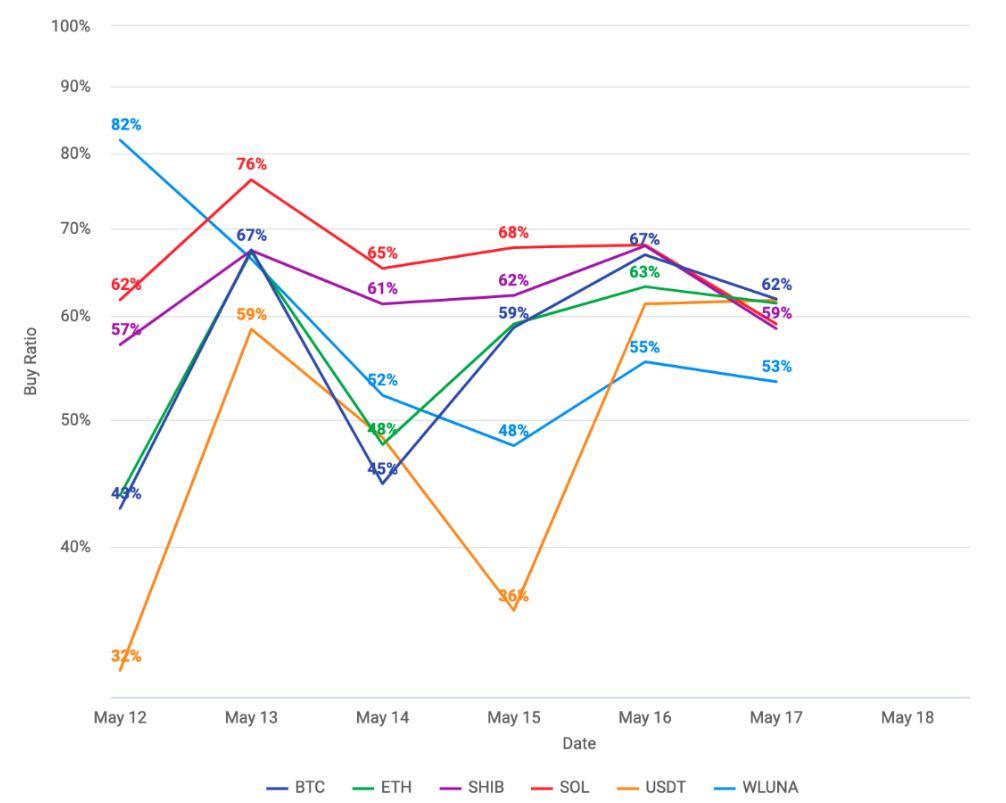 It was another very busy week on the trading desk and similar to the previous week we have seen continuous selling across the board by both tradfi and crypto native firms as well as all other client segments. One important thing to note is that this selling was and is going ahead in a very orderly fashion though and there is no panic while we have also seen some buying activity from crypto native accounts in longer tail high quality L1s such as SOL and ATOM. Another topic that came up often in client conversations this week is concerns about the USDT peg which after depegging marginally for a brief period of time is back at ~$1. This has led to some shifts in the stablecoin landscape with USDC (backed by Coinbase) winning market share.

Over the past 6 months, BTC and ETH have both been widely used as “general collateral” for secured transactions and rates have been relatively steady.  The market declines over the past two weeks triggered margin calls that led to increased demand for both coins.  This led to an overall tightening of supply and a subsequent increase in rates: both had historically traded closer to the CeFi minimums, but have spiked to the 4% - 6% range.  This temporary squeeze has also resulted in lower yields on secured cash as the cost to raise collateral has significantly increased.

China's contribution to the bitcoin mining network from September 2021 to January 2022 was second only to that of the U.S., according to the CCAF's Bitcoin Electricity Consumption Index. China’s share was initially reduced to 0% in July and August after the crackdown on bitcoin mining, but swiftly rebounded to the 20% range from September onwards. The increase in mining activity despite the crackdown suggests that there may have been underground mining activity going on, with off-grid electricity and geographically scattered small-scale operations the major means to hide operations from authorities, according to the CCAF. (Coindesk)


Not all stablecoins are created equal→
Hype cycles→