We discuss important dates to be aware of ahead of Ethereum’s transition to proof-of-stake as well as competing narratives on the macro side. 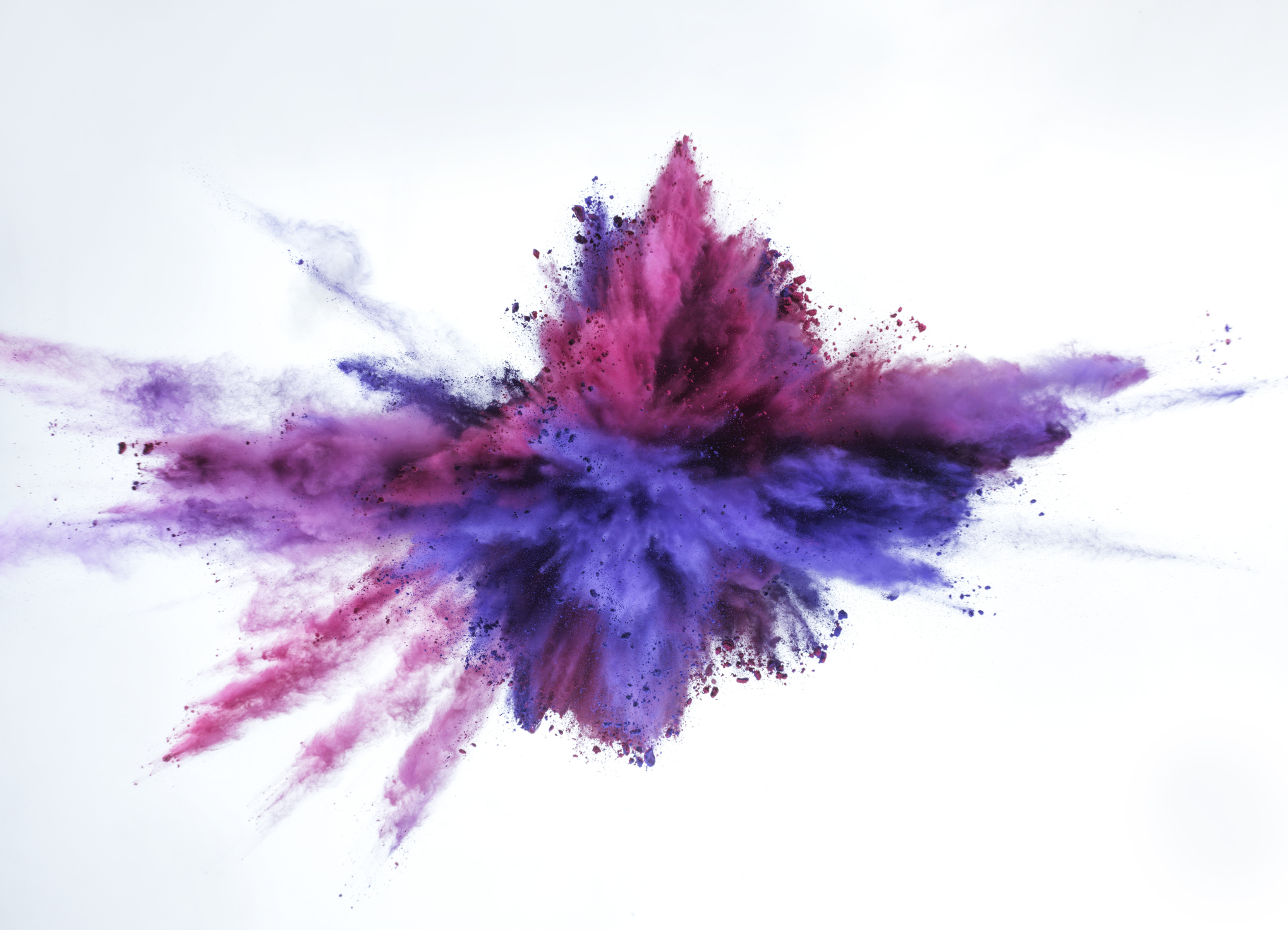 On May 27, developers decided not to postpone the difficulty bomb at their biweekly core developers’ meeting, so it’s going ahead as planned.

This week, we discuss why June 8 could be an important date for Ethereum’s merge roadmap. This is an update to the merge timeline report we published on April 14.

We also published two reports this week that you can read on our institutional research portal now. The first is a trading insights report on “Market impact and order book liquidity” where we revisit our previous work on crypto liquidity and explore slippage costs for larger notional order sizes (in USD terms). See that report here.

We also published a study on the tokenomics of Polkadot (DOT), where we explore the protocol’s solution for independent chains to both transfer tokens and share information across networks. DOT’s market cap has languished at 4% of ETH’s, which we believe may reflect market players’ perception of Polkadot as an alternative layer 1 rather than a layer 0 solution. We discuss why in the full report.

We’ve had some important events happening on Ethereum this week, but first a comment on the pressure being put on blocktimes due to the difficulty bomb. On May 27, developers decided not to postpone the difficulty bomb at their biweekly core developers’ meeting, so it’s going ahead as planned. Recall that the Arrow Glacier fork implemented EIP-4345 in November 2021, which makes the difficulty bomb “noticeable in June 2022."

Blocktimes on the Ethereum mainnet have gone from averaging 13.3 seconds in April to ~13.9s over the last week. According to Ethereum community researchers, these blocktimes are predicted to go up to ~16s by the second full week of June then above ~18s by the second full week of July. In our view, things could start to get painful for network users at the beginning of August when blocktimes could get above 21s then 25s by the end of that month. Optimistic projections from core developer Preston Van Loon suggest that the merge (the transition of the mainnet to a proof-of-stake consensus mechanism) could take place in August.

Meanwhile, the Ethereum Foundation announced that the Ropsten testnet will be the first testnet to run through the merge, which could be activated by June 8 (once the Terminal Total Difficulty or TTD has been triggered.) Already, the recently launched Ropsten Beacon Chain has been upgraded to the Bellatrix protocol rules as a precondition for the event.

We think a Ropsten merge is a key milestone towards a merge of the Ethereum mainnet with the Beacon Chain. Ropsten is the oldest public testnet dating back to 2016, and a successful transition (particularly after the failure on May 25) would suggest that coordinating upgrades on both the execution and consensus layers in tandem can be accomplished - no small feat, in our view. Thus, June 8 will be a very important date on the merge roadmap, and we will watch closely to see if there are any meaningful issues that arise from that.

If no issues are observed on June 8 then the next few weeks could be crucial. Developers will put the Goerli and Sepolia testnets through the merge in a similar manner as Ropsten. If those are also successful, then we could then see the Bellatrix upgrade applied to the main Beacon Chain and finally a TTD set for the Ethereum mainnet transition ahead of the Paris hard fork (i.e. the merge.)

Today (June 3) there is a scheduled merge community call which is likely to discuss some of the themes above.

Macro: for better or worse?

On the macro side, we’re getting competing narratives about the U.S. economic outlook, so it will be interesting to see what’s released by the Bureau of Labor Statistics today (June 3 at 8:30am ET) in their nonfarm payrolls report. We’re paying particular attention to the unemployment numbers and wage growth. Note that retailers listed on the S&P consumer indices have increased inventories by US$44.8B (26% higher than the same 2-week period a year ago) which may lead them to lower prices, according to Bloomberg. ​​We also saw positive headlines about OPEC+ raising the oil supply to offset Russia’s output shortfall, which may help bring energy prices down.

On the consumer demand side, we think the picture may be less clear. Some are pointing to Visa’s SEC 8K filing to suggest spending volumes are picking up. But data from April show that while household spending did increase, the savings rate (as a % of disposable income) is at a 14-year low at 4.4%. The latter figure is alarming, in our view, as it suggests more people in the U.S. are tapping into their savings to offset inflation. This could act as a constraint on consumption even if inflation does start to ease, as the ​​Personal Consumption Expenditure (PCE) price index from April indicates.

Volumes have returned to more normal levels over the past two weeks. With BTC hanging around $30,000 we have seen more balanced flows although it seems both buyers and sellers have been reluctant to get too aggressive, in our view. BTC and ETH continue to dominate trading volumes. ADA (Cardano) saw larger volumes as its token climbed as much as 36% in the days leading up to month end. Traders pointed to the upcoming Vasil hard fork, an upgrade that looks to improve the network’s smart contract capabilities and throughput, as a reason for the move. Conversely, ETH traded poorly and was down as much as 11% on the week. Reports of declining network fees and a 7 block reorganization seemed to be the cause of the weakness. Consumer buy ratios show the 4 most traded tokens were net bought over the last week, suggesting participants on the Coinbase consumer platform think we may have put in a short term bottom.

Meanwhile, SOL had a 11% price drop on Wednesday (June 1) after another halt in block production. Compared to the previous seven hour outage in May, this outage lasted 4.5 hours. 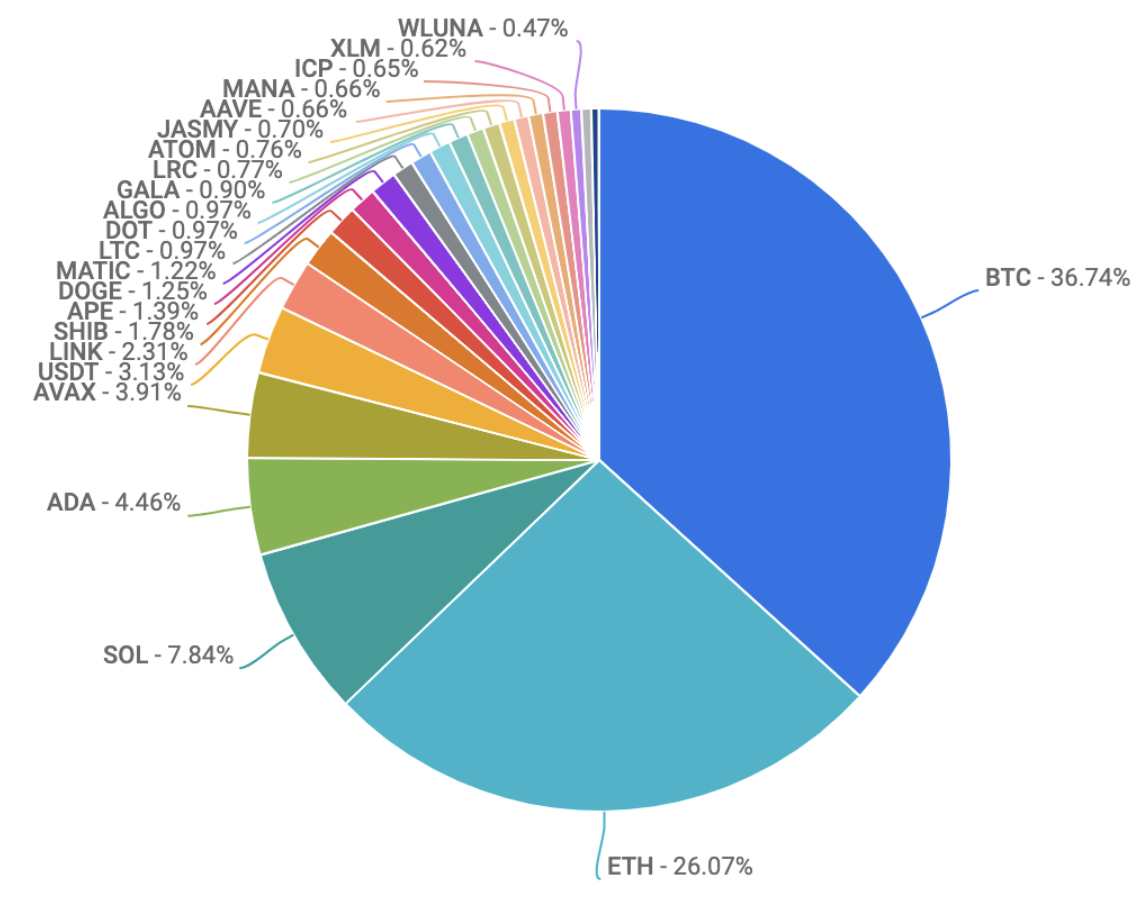 Singapore has begun a project to investigate potential uses of asset tokenization as the city state looks to establish itself as a hub for decentralized finance after several key crypto players left.

“Project Guardian,” a collaboration between the Monetary Authority of Singapore and the finance industry, will test the feasibility of applications in asset tokenization and decentralized finance (DeFi) while working to manage risks to financial stability and integrity, according to a statement from Deputy Prime Minister Heng Swee Keat on Tuesday. (Bloomberg)

This week the Basel Committee on Banking Supervision said it will be pushing through exposure requirements for banks holding crypto. The standard, proposed last year, set our rules requiring lenders to hold $1 in capital for each $1 of crypto held. Both JPM and DB had criticized these plans, but given recent events with LUNA/UST (Terra), the proposals look set to be put into effect this year. "The committee plans to publish another consultation paper over the coming month, with a view to finalizing the prudential treatment around the end of this year”. (Coindesk)

Elsewhere CoinShares, one of Europe’s largest digital asset firms, revealed an ‘exceptional’ loss of £17m GBP ($21.4m USD) on the back of its exposure to the LUNA/UST crash. Jean-Marie Mognetti said in the company's annual report that it was a ‘humbling lesson’. (Blockworks)