We cover a busy week in crypto including recent bridge and wallet exploits, NFT developments, the upcoming ETH fork, and a key announcement about a Coinbase partnership. 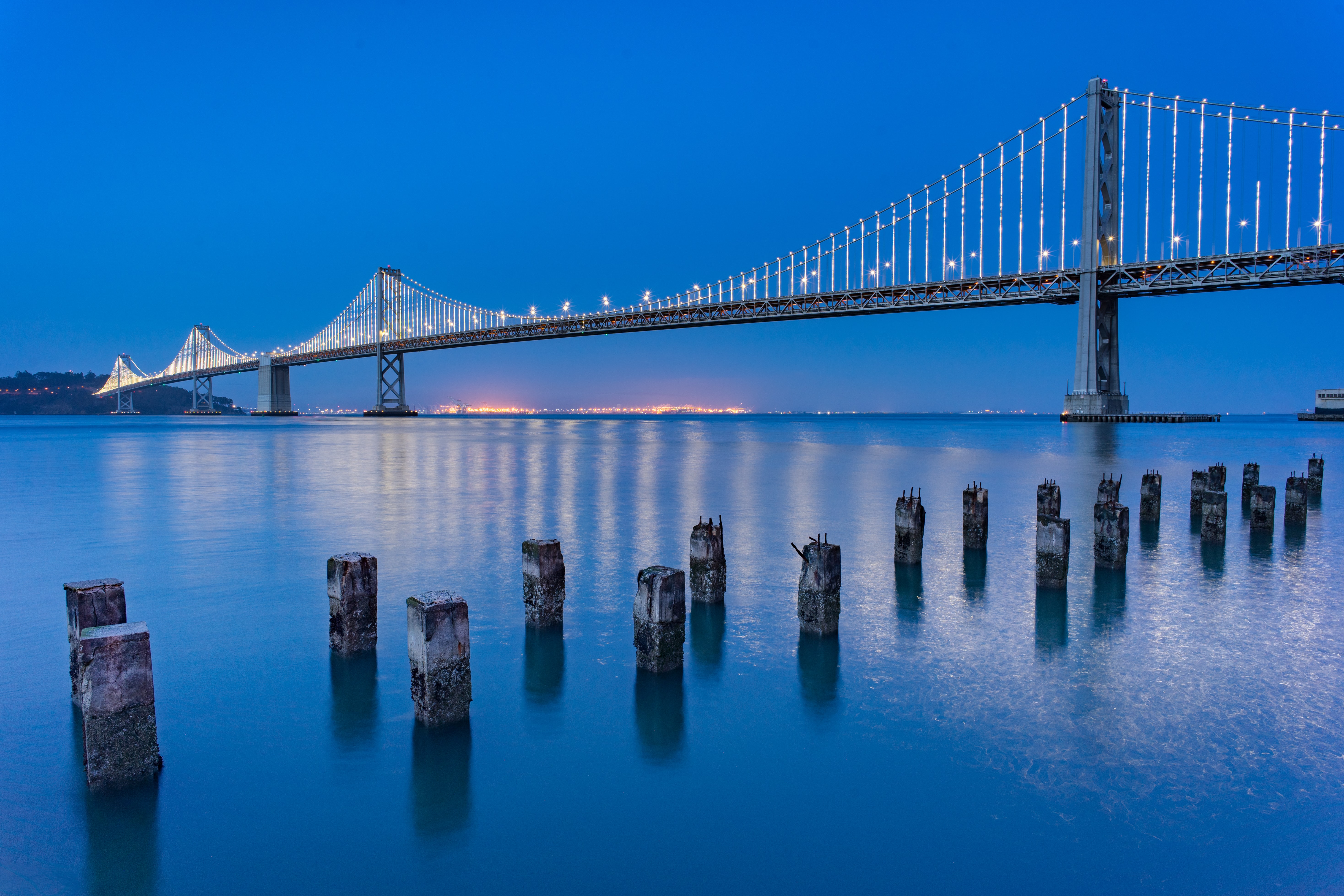 It’s been a busy newscycle for digital assets over the last week with an exploit on the Nomad bridge draining US$190M, losses on thousands of Solana wallets, Michael Saylor stepping down as CEO of Microstrategy to focus on bitcoin and another bipartisan crypto bill proposed in the US.

It’s been a busy newscycle for digital assets over the last week with an exploit on the Nomad bridge draining US$190M, losses on thousands of Solana wallets, Michael Saylor stepping down as CEO of Microstrategy to focus on bitcoin and another bipartisan crypto bill proposed in the US. We look at these topics in this week’s commentary.

Among these headlines, Coinbase announced that it is partnering with BlackRock, the world’s largest asset manager, to provide institutional clients of Aladdin®, BlackRock’s end-to-end investment management platform, with direct access to crypto, starting with bitcoin, through connectivity with Coinbase Prime. See our blog post about this here.

Finally, we’re hosting our next Ask Coinbase Research webinar on August 18 at 10am ET (7am PST). We answer three questions from our institutional clients in 15-20 minutes. Please register to ask your questions here.

The Nomad bridge exploit on August 1 saw US$190M drained in under 2.5 hours, making it one of the most high-value bug exploits we’ve seen in the crypto space to date. There is only ~US$95k remaining in total value locked on the cross-chain bridge according to DeFiLlama, though Anchorage Digital (the custodian for any returned assets) reported that ~US$20M has since been returned. Still, this leaves several chains to pick up the pieces in its wake, including Moonbeam, EVMOS and Milkomeda. The exploit was a result of a routine upgrade that left a function in its code exposed, allowing users to withdraw more on a recipient chain than the amount they were sending on the originating chain.

There have been 13 bridge exploits year-to-date culminating in ~US$2B worth of stolen assets, according to Chainalysis. That said, while these losses have obviously not been confidence inducing for investors, recent crypto performance over the last week seems to have been driven more by technicals and positioning with relatively stable funding rates and not much leverage at work.

Separately, 7,947 Solana-based hot wallets (including Slope, Phantom and Trust) were also exploited for ~US$5.8M starting on August 2, according to Elliptic. Solana identified Slope as the possible vector of the attack. In this case, the private keys for users were made vulnerable in a supply chain attack, though the exact details are still unclear as of publication.

There are now multiple bipartisan bills working towards crypto regulation in the US, with the latest coming this week from Senators Debbie Stabenow (D-MI) and John Boozman (R-AR) – key members of the Senate Agriculture Committee which oversee the CFTC, making this an important proposal to watch. The Digital Commodities Consumer Protection Act of 2022 would give the CFTC regulatory authority over “digital commodities” including bitcoin and ether as well as possibly stablecoins. This follows a similar proposal from Senators Cynthia Lummis (R-WY) and Kirsten Gillibrand (D-NY) in June, though that bill had a broader scope. It seems like these frameworks could get us closer to more regulatory clarity for the crypto space in the US, though with midterm elections in November, progress could be concentrated in 2023 rather than 2H22.

There are seven weeks to go before the theoretical merge between Ethereum’s mainnet and the Beacon Chain (week of September 19). Increasingly, that has led to speculation about whether we could see a potential fork (or forks) that could create one or several proof-of-work Ethereum chains (separate from Ethereum Classic, the network created after the 2016 DAO hack) which would then compete with the proof-of-stake Ethereum chain created by the merge. Current Ethereum miners have a vested interest in having a PoW Ethereum option that contains all of the transaction data up to the point of the merge. However, the prospect raises questions around how meaningful the economic activity would be on a forked PoW Ethereum chain and thus the economic value of the subsequent miner rewards. The Goerli testnet merge with Prater should take place next week.

Despite several months of declining floor prices and dwindling sales volume for the vast majority of NFT collections, corporations and brands have continued their push into the world of web3 and NFTs. Last weekend (July 31), Tiffany announced a project called “NFTiff” in collaboration with CryptoPunks that will facilitate the creation of 250 digital passes that can be minted and redeemed by CryptoPunk holders in exchange for custom diamond-encrusted pendants that resemble the specific CryptoPunks held by minters. Scheduled to occur today (August 5), the mint price for the NFTiff digital pass will be 30 ETH and minting will be limited to 3 per customer.

This endeavor represents a meaningful strategic departure from the vast majority of corporate NFT projects released over the past twelve months. Instead of attempting to internally craft collections of brand-themed NFTs or hiring established artists to do so, Tiffany decided to leverage its own internal competencies (physical luxury goods) and an existing base of NFT collectors who posses relatively high-value digital IP (current CryptoPunks floor at ~75 ETH) to create a rather unique marketing campaign. Importantly, while many corporate NFT projects to date have focused on incentivizing participation through proposed benefits including community membership, virtual goods, and early access to future drops or metaverse experiences, Tiffany’s approach shifts the focus of the campaign back to the physical realm while also more concretely targets a specific demographic that is perhaps more likely to be aligned with their brand image.

By constraining the supply of the NFTiff passes to only 250 and requiring the ownership of a CryptoPunk (plus an additional 30 ETH) for participation, Tiffany has significantly narrowed the scope of potential participation to individuals that presumably posses the financial capacity to purchase luxury goods and likely have a longer-term investment horizon for NFTs. The latter is particularly important with respect to the post-mint market dynamics of the collection.

One of the issues that has plagued many corporate NFT projects to date stems from the mint structure itself being too broad or untargeted (e.g. ~10,000 NFTs released at a mint price under ~1 ETH). While this structure may have the near-term impact of generating positive pre-mint hype, it also naturally attracts market participants with shorter-term investment horizons. Consequently, these projects typically see their floor prices decline and sales volume evaporate once the initial hype subsides. Tiffany’s targeted approach shifts the value proposition of the NFTiff digital pass away from speculative fervor and towards the quality and scarcity of the brand’s physical luxury goods. Thus, it represents a differentiated and thoughtful marketing approach which may be a useful archetype for future corporate NFT projects.

The exchange has seen average volumes as the crypto complex has consolidated some of its recent gains. ETH volumes remain elevated as traders balance prospects for a September merge with an asset price that has risen 70+ percent above its lows in June. The Solana wallet exploit weighed on the price of SOL with the price down 15% from recent highs. 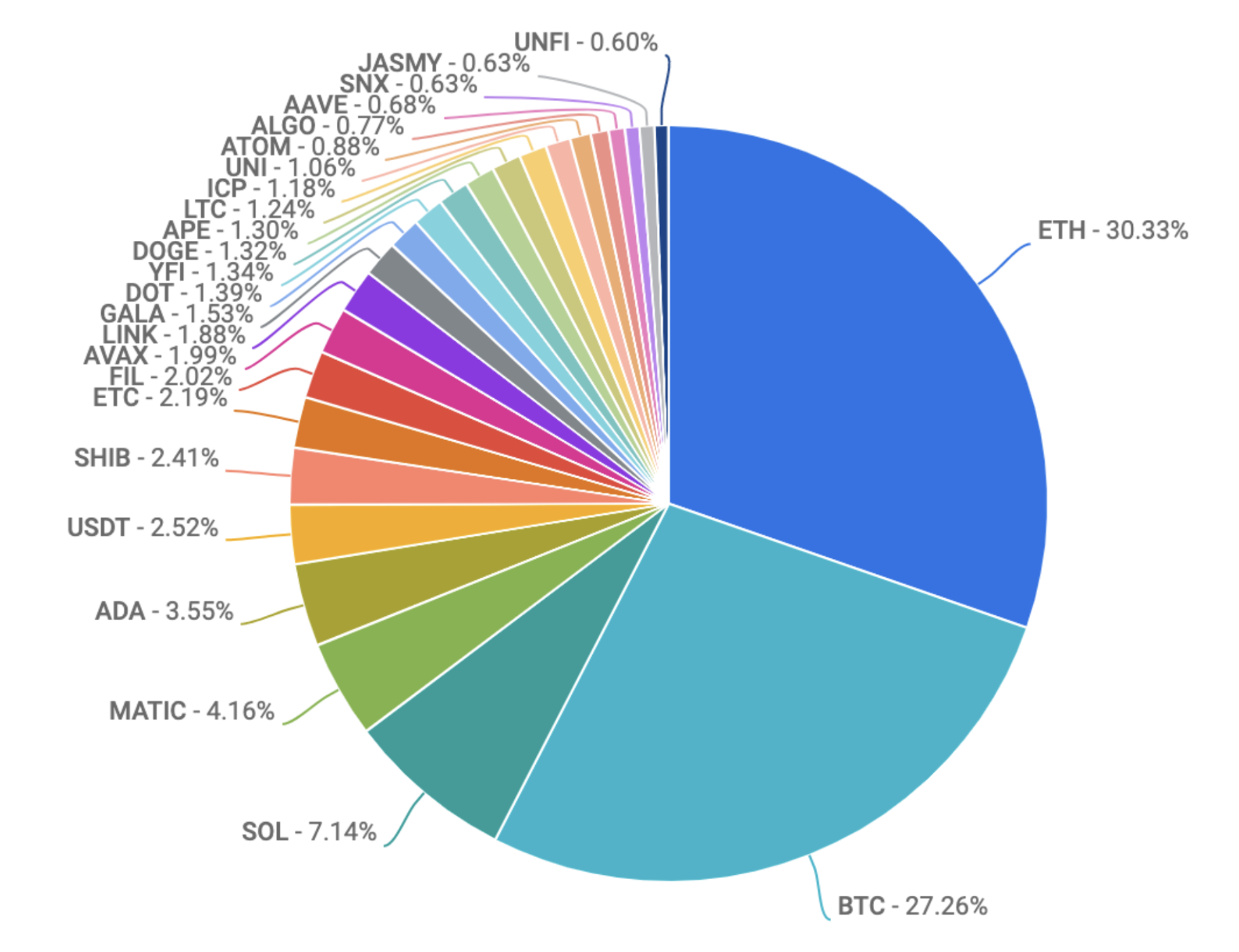 The CES desk has continued to see good two-way flow with a balanced mix of buyers and sellers. We have seen trend followers add to positions in ETH, BTC, and AVAX. While some discretionary traders have begun to book profits as the outlook for the macro and rate environment has begun to darken again. Additionally, the Solana wallet exploit brought out good supply in SOL as investors looked to de-risk in front of an uncertain and confusing situation. 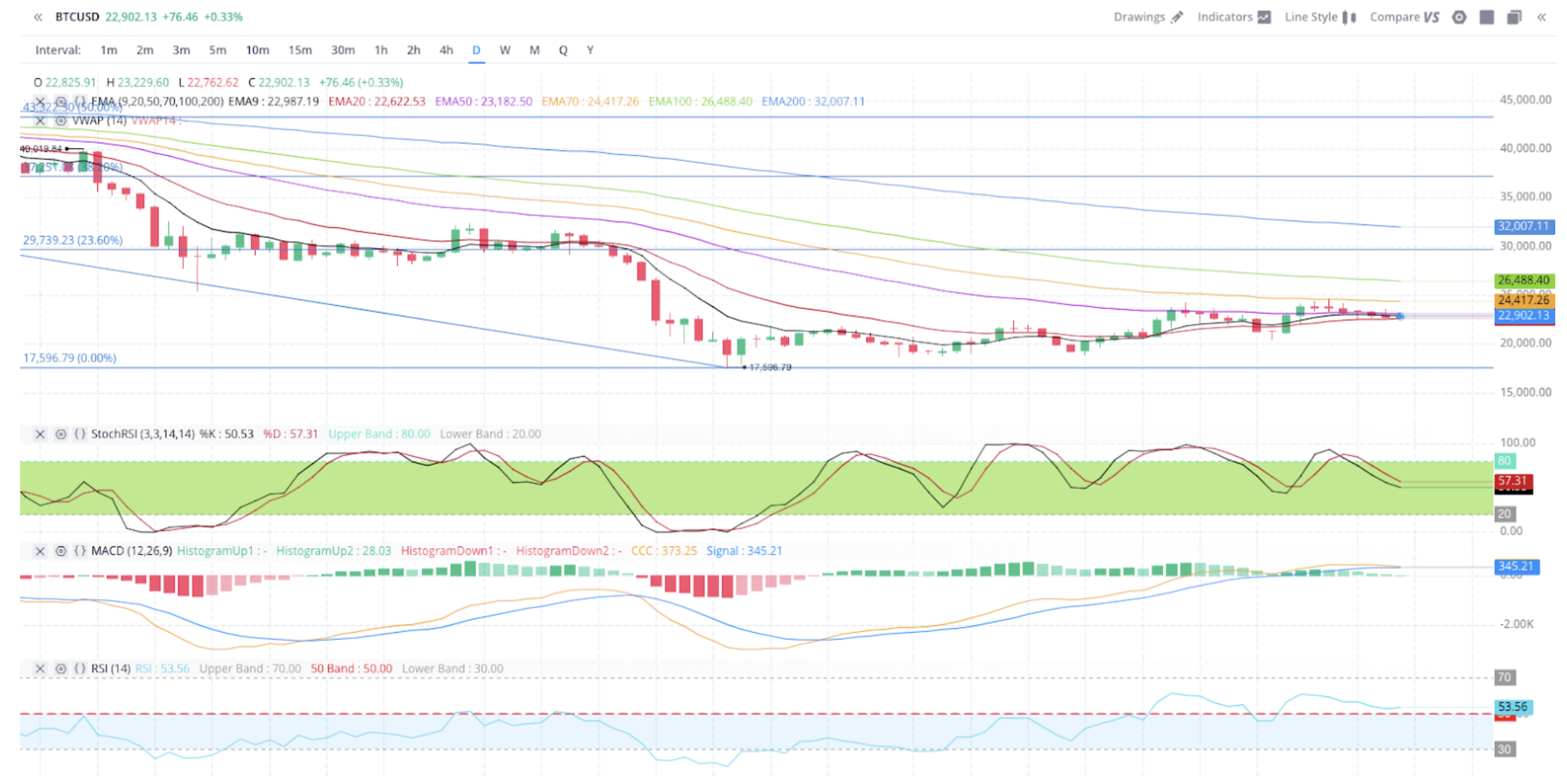 The BTC chart looks bearish. After rejecting the EMA70 on July 28, BTC has had six consecutive red candles on the daily chart and we saw an EMA9 / EMA50 cross rejection on July 31 with a StochRSI cross as well. With the EMA9 being rejected on August 4 and a potential MACD cross, this should take BTC back below US$20k. If BTC can manage to rally and close above the EMA70 (US$24.5k) the short term bearish thesis would be invalidated. It is more likely BTC closes below the EMA9 for the third consecutive day and retest the EMA20. If we retest US$20k, US$17.5k is the next level of support.

The Monetary Authority of Singapore is "actively reviewing" its approach to regulating stablecoins, in particular, reserve requirements for stablecoin issuers. Minister Tharman Shanmugaratnam referenced the recent collapse of TerraUSD (UST), a stablecoin that lost its US dollar peg in May, to illustrate the high risks involved in cryptocurrency investments. The central bank plans to consult the public on possible rules for stablecoins in the coming months. (Coindesk)

A U.K. parliamentary group has been formed focusing on crypto with the goal of composing a report with policy recommendations. The group is leaning on various industry experts and regulators on topics across consumer protection, financial crime, crypto advertertising and CBDCs. While the UK new Prime Minister is expected to be selected by Conservative party members in early September, one of the two candidates Rishi Sunak has been showing support for the UK to become a hub for the digital asset ecosystem. (CryptoUK)

Coinbase is hosting a Protocol Access Program on Polygon - a platform of multiple Ethereum centric scaling solutions – on August 25 at 11am ET. Our Head of Institutional Research, David Duong, and Protocol Specialist, Ben Rodriguez, will speak to Co-founder of Polygon, Sandeep Nailwal, about the future of layer 2 scaling solutions. Please register for this webinar here.