We examine seasonal patterns showing September has been a weaker month for crypto and how the ETH merge could differentiate the asset class’ performance this time around. 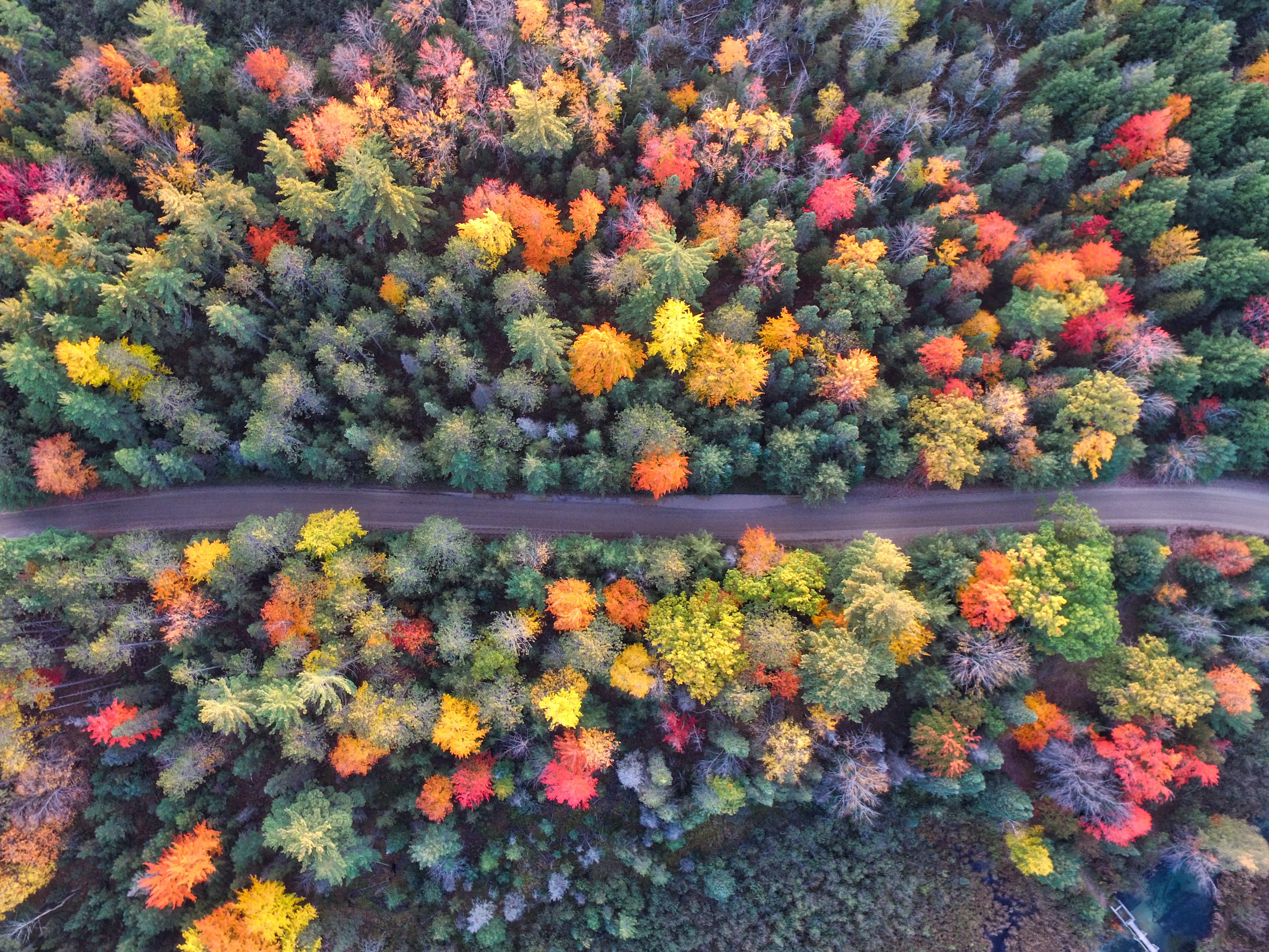 Over the last five years, bitcoin prices weakened about 9% on average during the month of September. The sell off we’ve seen in 2022 YTD seems to be tracking the pattern of the previous crypto winter quite closely with a loss of 54.2% so far compared to 54.6% at this point in 2018.

Seasonality doesn’t tend to be kind to risk assets in September and that includes cryptocurrencies. Plus, the exogenous shocks to the macroeconomic environment don’t help. But Ethereum’s Merge represents an important narrative for the digital asset ecosystem, which we unpack in this week’s report. We also take a look at the rise of decentralized NFT marketplaces as activity on Sudoswap has grown to 15% of OpenSea’s daily volume.

Meanwhile, we just hosted a webinar with Polygon co-founder Sandeep Nailwal to discuss Ethereum-based layer 2 scaling solutions. If you’d like to listen to the replay, please visit here.

Seasonal patterns suggest September has typically been a weaker month for crypto performance in recent years, which is consistent with what’s been historically observed in traditional equity markets (and other risk assets) for some time. Indeed, the S&P 500 has averaged a negative return of 0.60% over the last 20 years during September. The reasons for this effect vary widely and include (1) profit taking on gains made in July and August (the S&P 500 has gained 10.2% over these months in 2022 and bitcoin strengthened 12.4%), (2) tax loss harvesting and (3) the close of the fiscal year for many real money funds (forcing them to sell positions.)

Over the last five years (2017-2021), bitcoin prices weakened about 9% on average during the month of September. The sell off we’ve seen in 2022 YTD seems to be tracking the pattern of the previous crypto winter quite closely with a loss of 54.2% so far compared to 54.6% at this point in 2018. Back then, the US Federal Reserve’s quantitative tightening (QT) started in 4Q17 whereas this cycle only started in June, but what’s important to note is that the pace of the balance sheet reduction really began only several months later. Starting in September, the Fed will start reducing its holdings by US$95B each month, up from $47.5B in the last three months. Moreover, concerns surrounding the energy situation in Europe (heading into the winter) and the housing market in China may also potentially present exogenous shocks to the broader global macroeconomic environment.

On the other hand, Ethereum’s Merge could remain a focal point for crypto markets that could differentiate the asset class’ performance this time around. The Ethereum Foundation has confirmed that the Merge should take place sometime between September 10 and 20 (with estimates pointing to September 15 as the most likely date.) That has led to massive positioning ahead of the event. For example, the open interest on ETH options for September 30 currently totals 1.21M ETH (~US$2B) compared to the 767k ETH expiring on August 26 or the 735k that expired on July 29. Still, there seems to be greater uncertainty surrounding the short term price trajectory than the medium to longer term outlook.

While peer-to-peer transactions have always existed at the periphery of the NFT market, they’ve come into greater focus in recent months as more readily accessible tools have been created to facilitate the circumvention of centralized marketplaces like OpenSea. Sudoswap is one such decentralized protocol that amongst other functionality such as pooled liquidity for NFT trading, allows users to circumvent fees and royalties. Since its launch on July 8, 2022, the Sudoswap protocol has processed over US$20M in aggregate sales volume and at its peak on August 16, daily volume represented over 15% of OpenSea’s daily volume. Realistically, for the large swath of the NFT market that is purely profit driven, this avoidance of fees and royalties may be an attractive proposition.

Similar in design to Uniswap, the protocol implements an on-chain automated market maker (AMM) model to enable users to engage with and/or create their own customized liquidity pools to trade NFTs. Sudoswap allows for single-sided pools (buy-only or sell-only) and as well as buy-and-sell pools wherein liquidity providers (LPs) can contribute both ETH and NFTs to earn trading fee revenue from the pool. Further, LPs have control over their pool's pricing and can adjust the price parameters at all times, including the “bonding curve” of the pool (constant, linear, or exponential) which determines how quoted prices change over time. The protocol allows users to buy or sell NFTs without having to wait for offers to be accepted or received, as orders are programmatically matched via liquidity pools.

The rapid growth of the protocol has prompted some debate in the NFT community about artist royalties and their enforceability. While the customizability and perpetual nature of royalties for NFT artists are at the core of the value proposition of the Web3 creator economy, the reality is that royalties are not embedded at the token level, but instead at the marketplace level. This means that NFT holders can choose to transact peer-to-peer – or via liquidity pools on a decentralized marketplace like Sudoswap – and circumvent both fees and royalties that are implemented on centralized marketplaces. If artists/creators want to benefit from programmable royalties going forward, they'll likely need to foster a collector base that is incentivized to pay for those royalties.

Exchange volumes have been around average for the past week. Much of the interest is concentrated in ETH as traders prepare for a September merge. The sell off in risk assets Friday and Monday dragged the crypto markets lower and broke some of the up trends traders had been enjoying. Focus this week has been on the upcoming Jackson Hole Symposium and so traders have kept positioning light. 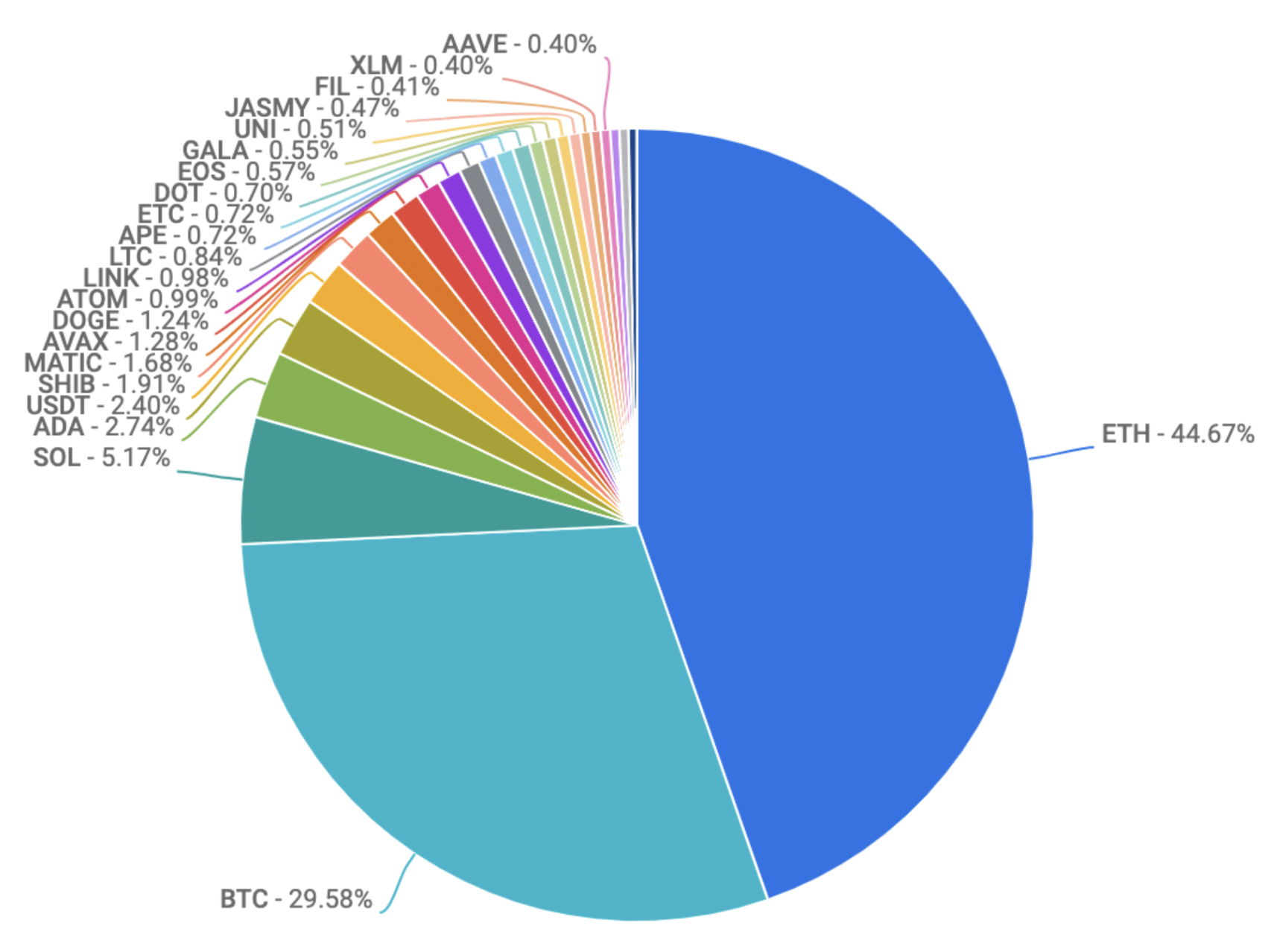 CES clients were quick to cut risk once the trend turned lower on Friday. With many tokens now trading below their 20 day moving averages, and because of the macro risk that is due out of Jackson Hole, traders have looked to reduce many of the positions they accumulated in recent weeks. Most of the sell interest was concentrated in ETH, followed by BTC. Longer term accounts continued to accumulate alternative L1s and DeFi tokens, albeit at a slower pace. 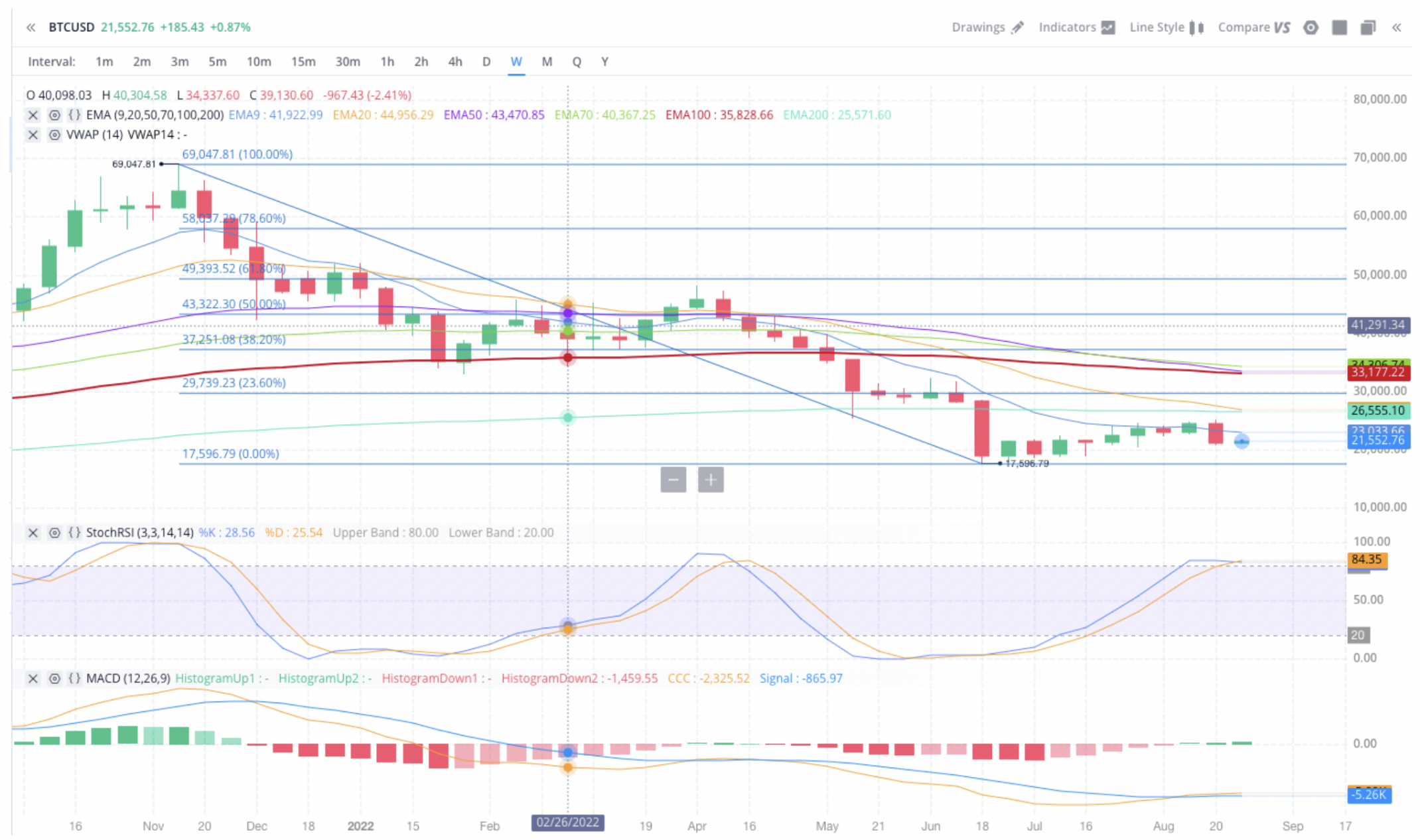 The technical BTC chart remains in a bearish setup. After two consecutive closes below the EMA50 on August 17 and 18, the EMA9 crossed both the EMA20 and EMA50 taking BTC from $23.5k to $20.5k on August 19. Since then, BTC has traded range bound and is currently rejecting the EMA9 $21.7k. It may be headed towards a lower support level at $20.7k followed by $19k over the coming days. On the weekly timeframe, the StochRSI is overbought and the EMA50 may cross the EMA100 which would be very bearish. If this setup completes over the next week, BTC can test new lows below $17.5k. BTC will need to retest and successfully close above the EMA50 $23k to invalidate the short term bearish setup.

The total number of trades on Singapore’s DBS Bank’s DDEx more than doubled in June 2022 as compared to April 2022. This reflects growing demand for Bitcoin and Ether from investors despite unprecedented volatility in the cryptocurrency space. According to the bank, buy orders on DDEx accounted for 90% of all trades in June as cryptocurrencies traded at notable discounts in mid-2022. Compared to April 2022, the amount of Bitcoin purchased on DDEx in June saw a 400% increase, while the quantity of ETH grew 65%. (CoinTelegraph)


What to expect in Wyoming →
Ethereum’s Merge: Investing at an Inflection Point→