We examine a hectic week including the Fed's 75bps hike signaling a more hawkish stance than expected and the White House releasing reports on digital assets. 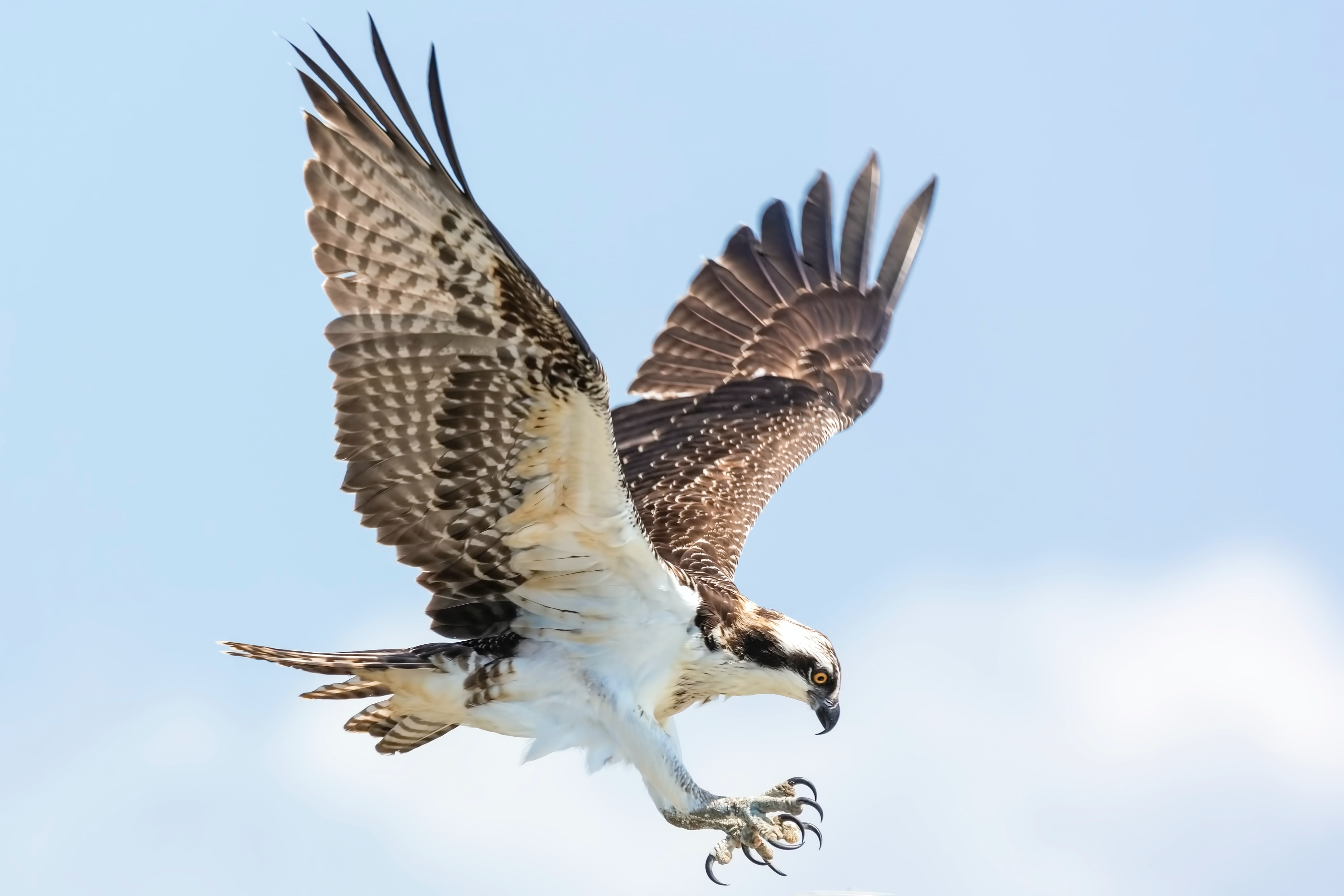 The Fed’s 75bps hike on September 21 signaled a moderately more hawkish stance than what markets were expecting. The revised dot plot indicates board members are expecting to take rates to 4.625% in 2023 up from the 3.75% they were projecting at the June meeting.

Note that we will not have a weekly institutional newsletter next week, but this will be back in your inboxes the following week.

With the successful Ethereum Merge in the rearview, the crypto market has turned its attention back to the macro environment and the regulatory landscape. In this week’s commentary, we discuss the recent actions of the Federal Reserve and their potential impact on markets. We also explore several recently published reports from various US government agencies stemming from the March 2022 executive order on digital assets.

The Fed’s 75bps hike on September 21 signaled a moderately more hawkish stance than what markets were expecting. The revised dot plot indicates board members are expecting to take rates to 4.625% in 2023 up from the 3.75% they were projecting at the June meeting and above the original 4.4% that markets had been pricing. Subsequently, US 2y yields have continued to climb above 4% while 10y yields have blown past their previous 3.50% YTD high. Another 75bps is now fully priced for the next meeting plus 50bps in December which would take the Fed funds rate to 4.50% by year end. Meanwhile, both the statement and press conference held little to no information about quantitative tightening, which we believe still has important implications for financial conditions.

Fed Chair Jerome Powell said the board is going to deliver enough to reverse the inflation trend, but that it likely wouldn't be more aggressive than what's already priced by markets. We believe that helped contain some of the resultant weakening pressure on risk assets immediately after the FOMC meeting, though Powell sidestepped the much more difficult question about whether the Fed could potentially trigger a hard landing. Recent economic data has disappointed lately with weaker retail sales pointing to a rising demand rather than supply overhang problem. In our view, the market volatility could continue to remain high in the short term due to the challenging macro environment, particularly with month-end and quarter-end portfolio rebalancing taking place.

Roughly six months after President Biden issued an executive order focused on laying out organizational principles and regulatory objectives for the crypto space (see our prior commentary here), the White House and other government agencies have begun releasing incremental reports on various topics related to digital assets. On September 16, the Treasury published three new reports (focused on payments/CBDC, implications for customers/investors/businesses, and risks of illicit financing), while the Commerce department published a report focused on international competitiveness. Further, the White House issued what it described as its “first-ever framework for responsible development of digital assets.” The latest reports are in addition to previous reports issued over the past few months – one from the Treasury, two from the Justice Department and one from the White House Office of Science and Technology Policy.

Broadly speaking, while the release of these reports was a major media event largely confined to one day, the reports issued to date do little to move the broader policymaking needle forward. They do include some helpful proposals – for example, the Treasury’s report on payments recommends the establishment of a federal framework for payments regulation to replace the patchwork of state laws governing money transmission, which we believe the crypto community would welcome. But on the whole, the reports were light on specific recommendations and instead suggest the status quo: continuing to assess risks across the digital asset space, pursuing enforcement actions where they see fit and advancing discussions around the potential benefits of a digital dollar, or CBDC. We expect additional reports that will provide more concrete regulatory recommendations in the coming months.

One of the biggest items we will look for in the remaining reports is whether they will directly address the critical question of how to classify a digital asset – as a security, a commodity, or something else. This question came up again this week following commentary from SEC Chair Gary Gensler related to the Merge and Ethereum’s move to Proof-of-Stake, which happened to coincide with an SEC lawsuit filed against a crypto influencer for allegedly having undisclosed incentives linked to an initial coin offering in 2018. The case references ETH transactions that the SEC states “were validated by a network of nodes on the Ethereum blockchain, which are clustered more densely in the United States than in any other country,” and that “as a result, those transactions took place in the United States.” This line of reasoning suggests that the SEC believes it can assert jurisdiction over the entirety of the Ethereum network due to the number of US-located nodes. While there are more ETH nodes in the US than any other single country (currently ~44%), this level of market share does not constitute a majority of the network.

Volumes on exchange have been inline with historical averages over the past week. The ETH Merge became a sell-the-news event with traders looking to de-risk post the successful upgrade. The price action likely had a lot to do with the disappointing CPI number we had two days prior (September 13.) For many market participants that print really changed the macro environment and made a soft-landing much less probable. News in altcoins has been limited lately and so we are seeing volumes highly concentrated in BTC and ETH. 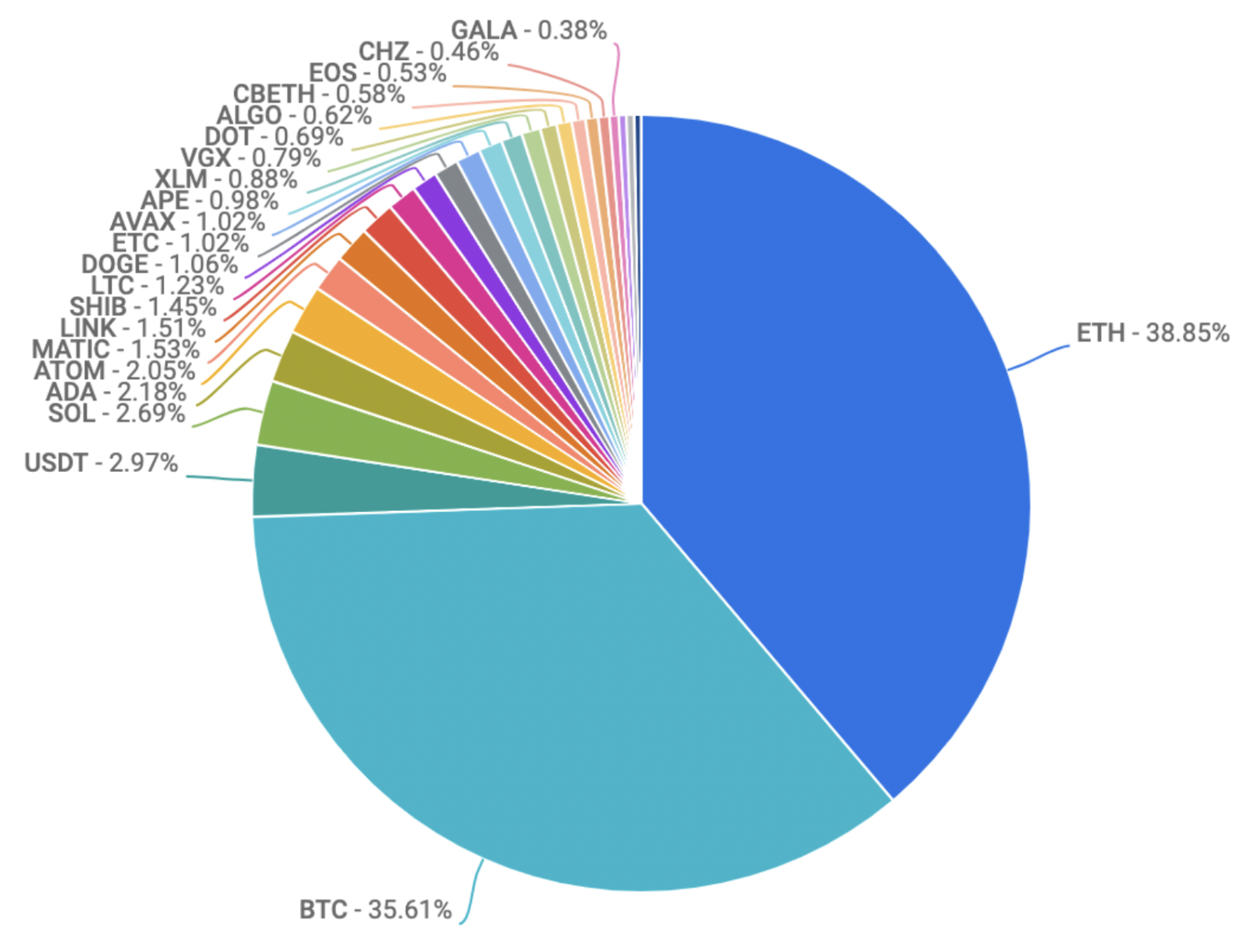 The CES desk saw a short period of de-risking after the successful Merge. The flow on the desk now is dominated by longer term investors that are using this weakness as an opportunity to leg into projects where they see long term value. Identity, scaling, and liquid staking continue to be favorite sectors. 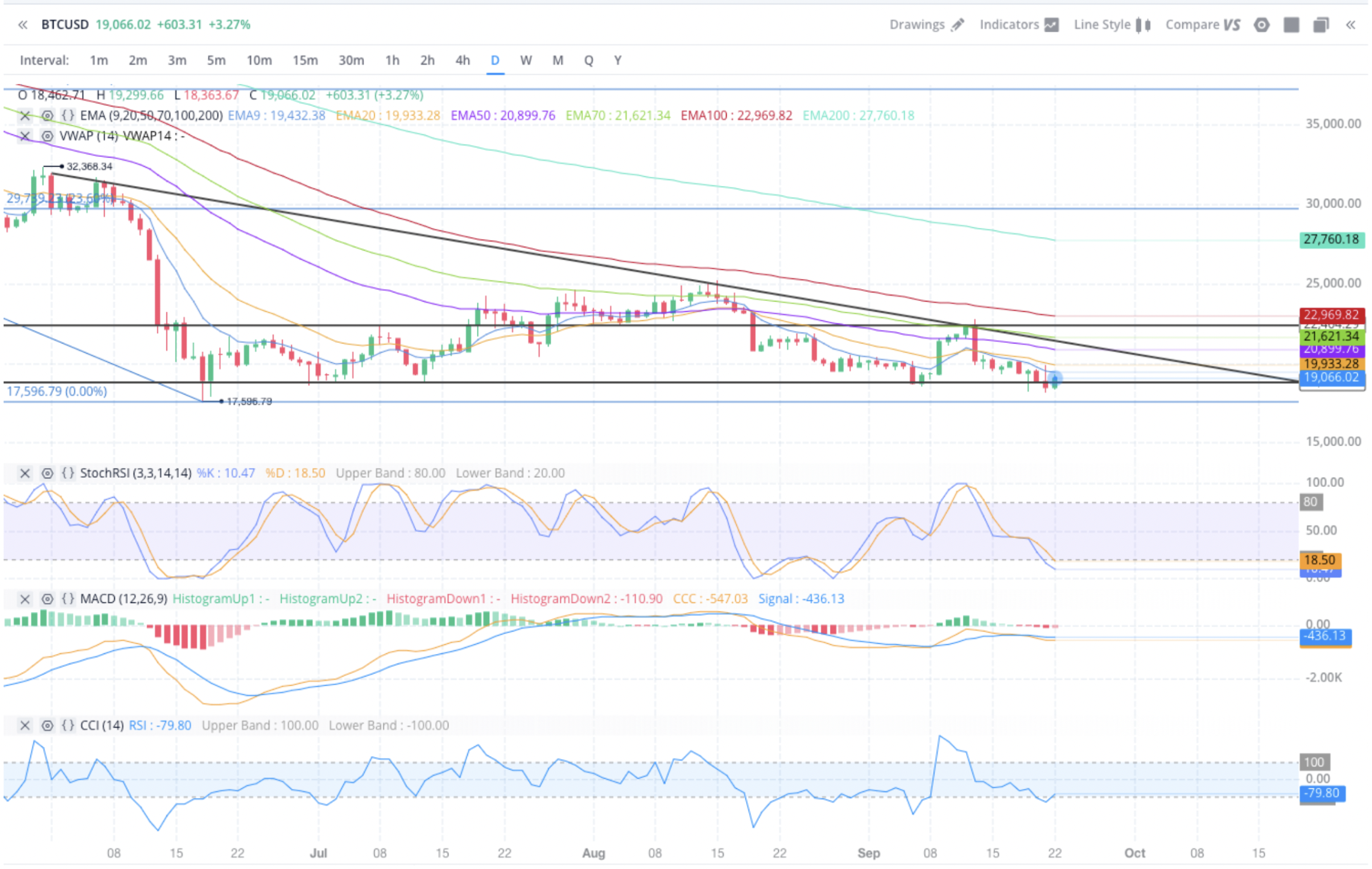 BTC remains in a bearish technical structure. After rejecting both the bearish trendline (formed on June 1) and EMA70 on September 13, BTC has traded in a fairly tight range of resistance US$20.1k and support US$18.8k. BTC has tested a support at US$18.8k thirteen times since June 18 without having a closing candle below that level -- at least until September 21. On that day, we saw the first official close below that support, which could mean BTC is in danger of turning this level into a resistance despite a projected close above that level on September 22. Over the next week, BTC will likely retest the EMA20 at US$19.9k before rejecting and retesting support levels at US$18.8k and US$17.5k (lows) with a successful close above current support. If BTC fails to close above US$18.8k, the bottom of the FIB line US$17.5k will be tested. The next level of support for BTC below US$17.5k is US$16.2k.

The Hong Kong Monetary Authority has plans to begin trials of its central bank digital currency, e-HKD, in the fourth quarter after receiving opinions from industry bodies, fintech firms, financial institutions and tech companies on key issues surrounding CBDCs. According to Coindesk, there are plans to lay the technology and legal foundations to support the development of the CBDC, while exploring the use cases and design issues. (Coindesk)