The overhang of bad news in recent weeks is having a less pronounced impact on crypto performance. We explore why this is and look at the short selling attack on CRV. 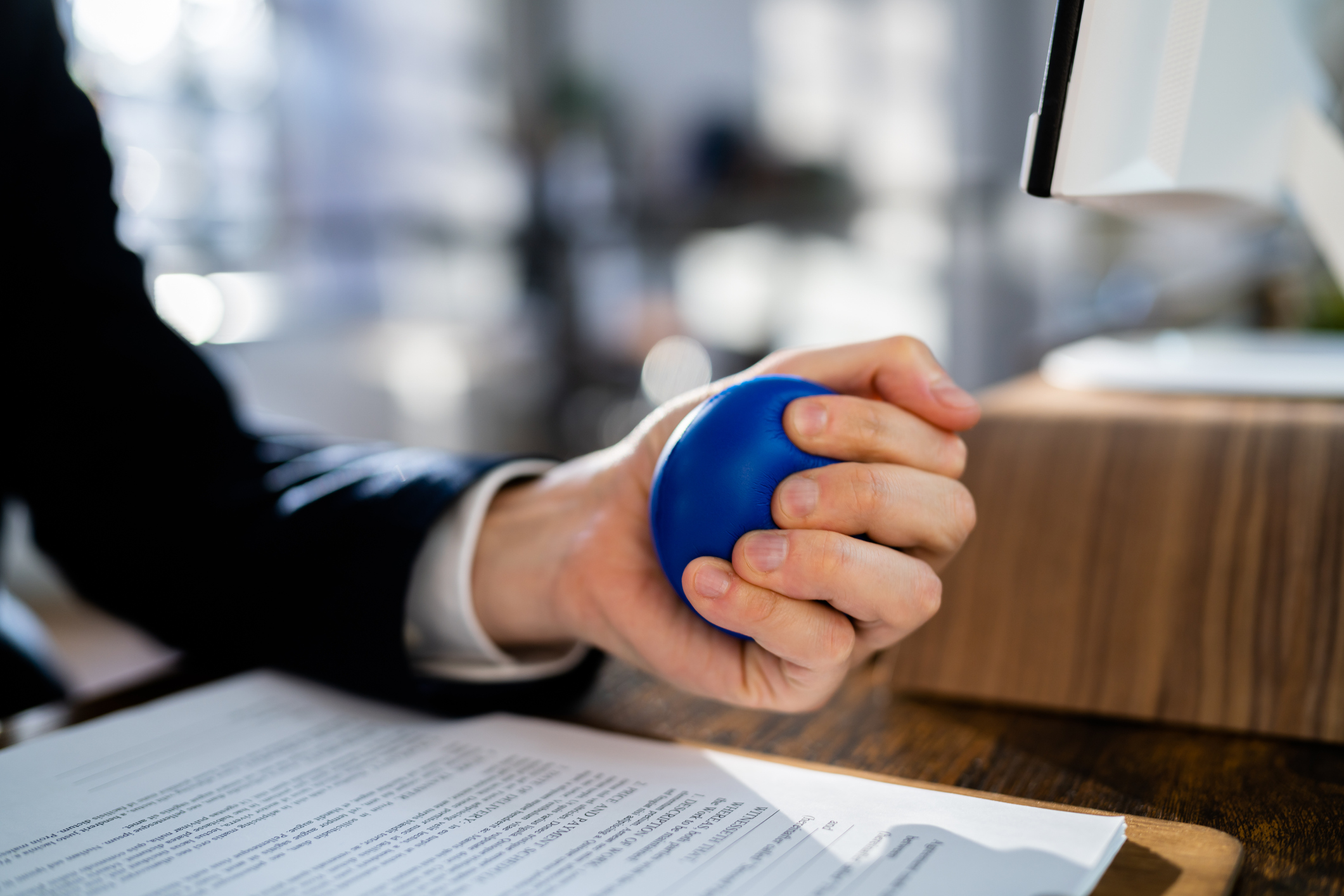 The overhang of bad news associated with the collapse of FTX and its contagion effects seems to be having less of an impact on crypto performance over the last week. Digital assets have been moving directionally in line with traditional ones.

There are signs that the overhang of bad news in recent weeks is having a less pronounced impact on crypto performance, even if the full extent of the uncertainty hasn’t been completely priced in. In options, for example, the BTC 25-delta 1m skew (indicating the premium that investors pay for out-of-the-money puts vs calls) is currently normalizing below its six-month average of 14%. Two weeks ago, this metric had spiked to 35% in line with the level observed during the market stress in June. That said, crypto markets could yet contend with a US economic recession next year, after some strong signaling by an inverted US3m10y yield curve.

Elsewhere, we look at the short selling attack on CRV, which stress tested the decentralized lending platform Aave via recursive borrowing last week. Ultimately, Aave came out relatively unscathed with a de minimis loss of ~US$1.6M due to the intervention of an active user community.

Finally, we recently published our survey results on what the crypto winter really means for institutional investors and how they are managing through the prolonged bear market. For a detailed analysis of the results, please dive in here.

The overhang of bad news associated with the collapse of FTX and its contagion effects seems to be having less of an impact on crypto performance over the last week. Digital assets have been moving directionally in line with traditional ones, responding to the mix of

Comparatively, news about BlockFi’s bankruptcy had been well telegraphed, as its exposure to FTX dated back to June when the former exchange supplied the lending firm with a US$400 million credit line. Meanwhile, the limited updates from Digital Currency Group (DCG) haven’t moved the needle much for investors. DCG recently disclosed (November 23) that it has an outstanding $575M intercompany loan owed to Genesis Global Capital (its lending business) due in May 2023 that had been partially used to repurchase DCG stock. Its other liabilities include a $1.1B promissory note due in June 2032, which is the debt burden it assumed from Genesis Trading earlier this year (related to losses sustained with Three Arrows Capital). Finally, it has a $350M credit facility lent by a small group led by Eldridge. Increasingly, it looks like DCG may be facing liquidity rather than solvency issues, but more evidence is still needed to assess.

The moderation in negative sentiment is also evident on the derivatives side as well, where the BTC 25-delta 1m skew (indicating the premium that investors would pay for OTM puts vs calls) came down from a YTD high of 35% on November 14 to 12% on December 1. In fact, this metric is now trading below its average level over the last six months. The ETH 25D 1m skew similarly came down from 30% to 12% over the last two weeks, suggesting the levels are normalizing. That said, there has been an unsurprising decline in open interest in both BTC and ETH options to notionals of $4.56B and $5.25B respectively.

Meanwhile, the US3m10y yield curve has been consistently inverted for the last three weeks, currently sitting at -75bps. While the US2y10y has been inverted since early July, Wall Street economists tend to rely more on a restrictive 3m10y as a signal for a possible US recession, albeit with little certainty on timing. The range for the start of a recession has historically been anywhere from 120 to 500 days after the yield curve inverts.

More likely, we would expect a recession later rather than sooner. At the moment, the US economy has some relatively healthy buffers in both the labor and housing sectors. There are currently around 10.3M job openings in the US (as of end October) compared to 4.4M during the 2008 recession for example. That roughly translates to 1.9 jobs available for every job seeker. The overall level of US household debt is also closer to 75% of GDP compared to 100% in 2008, while savings built up via government stimulus payments alongside debt refinancing has helped alleviate the pressure in servicing that debt. Given these elements, the idea that the Fed could actually engineer a soft landing is also a distinct possibility.

For the time being however, it seems like the Fed will continue on its hiking path (to a terminal rate of 4.75-5.00%), which means the start of 2023 will face the cumulative effect of tighter economic conditions. As a result, we believe the impact on growth and corporate balance sheets will likely weigh on all risk markets in 1H23.

Volumes on exchange have declined and realized volatility has compressed over the past week. This is partly due to the US holiday and partly due to the fact that market participants are waiting to see if there is any additional fallout from the FTX bankruptcy. BTC and ETH continue to dominate the trading flows as macro risks remain at the forefront. Meanwhile, DOGE saw increased interest after speculative reports that it could be integrated into Twitter as a payment system.

With the risk rallying on the back of Fed Chair Jerome Powell’s comments Wednesday (November 30) the crypto market saw a fair amount of short covering. This was evident in futures open interest declining and perp funding rates moving towards neutral.

On the CES desk, traditional hedge funds and asset managers were net buyers with the crypto native hedge funds and VCs on the sell side. Liquid staking, scaling and smart contract platforms were sectors of interest. 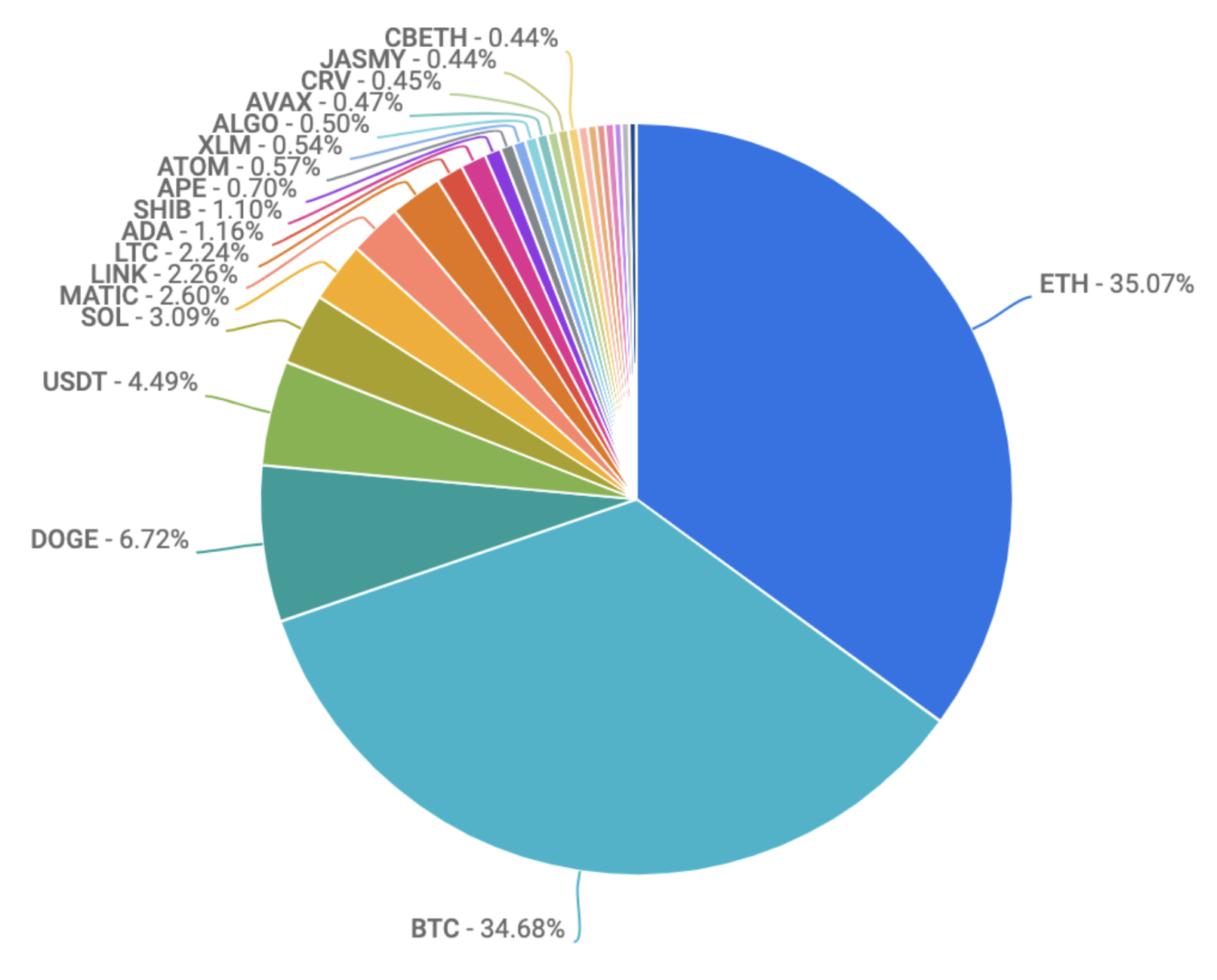 The BTC technical chart is still in a bearish setup while trading relatively range bound post FTX collapse. BTC managed to successfully close above its EMA9 on November 30 for the first time since November 8 but rejected resistance at US$17,290. As of Thursday (December 1) evening, BTC is set to close directly on its EMA20 ($16,900). While the development is constructive overall, a retest of the November lows ($15,461) is likely given there is a double top formation on the StochRSI in addition to the MACD losing steam with a lack of volume on this last push higher. If BTC can manage another rally higher, the downside scenario could be a rejection at the resistance level ($17,600) before retesting the EMA9 ($16,600) then potentially proceeding to make new lows. If BTC retests November lows, the next level of meaningful support is around the $13,750 level.

Avraham Eisenberg – the individual who in October exploited the Solana-based borrowing/lending protocol called Mango – attempted a similar exploit last week, targeting Curve and Aave. The strategy was essentially to build a large short position on CRV across centralized exchanges and then manipulate the price of CRV downward by:

1. depositing USDC as collateral on Aave,

3. swapping the CRV for USDC on DEXs with large amounts of slippage (causing the price of CRV to plummet),

4. looping this sequence by depositing more USDC as collateral to borrow more CRV and ultimately

5. withdrawing USDC collateral from Aave to cover his shorts elsewhere.

If this strategy were successful, it could have left the Aave protocol with several millions of dollars in bad debt. However, due to the power of onchain transparency, the crypto/DeFi community became aware of the apparent exploit and effectively initiated a short squeeze on the individual by purchasing CRV. Simultaneously, the Curve team released plans on Github for a new stablecoin design (called LLAMMA) which helped sustain the short squeeze even further.

In the end, the Aave protocol successfully liquidated the vast majority of the outsized CRV borrow position and was ultimately left with only ~US$1.6M in bad debt (representing less than 0.1% of total outstanding borrows on the platform). That was comfortably covered by funds from either the protocol’s Safety Module, Ecosystem Reserve or DAO Treasury.

It was also posited that perhaps the exploiter augmented his strategy in response to the short squeeze and actually built leveraged long positions on CRV to benefit from the price reversal, but these hypotheses are unconfirmed. Given the lower levels of liquidity across DeFi markets today, these types of stress tests have become more common in recent months, but the resilience shown by the Aave protocol itself combined with the social coordination of the broader community are encouraging signals of the strength of DeFi protocols.

The Reserve Bank of India will start testing the digital rupee in Mumbai, New Delhi, Bengaluru and Bhubaneswar. This will be in partnership with four banks, including the State Bank of India, ICICI Bank, Yes Bank and IDFC First Bank. According to Coindesk, the testing will be conducted with a select group of customers and merchants. Payments to merchants will be made using QR codes, and, like cash, the digital rupee won't earn any interest. (Coindesk)

Non-fungible token and gaming investor Animoca Brands plans to set up a metaverse fund worth as much as US$2B focusing on "digital property rights". Its first investment is planned for next year. (Coindesk)