In the Monthly Outlook, David Duong looks at the geopolitical and monetary factors standing in the way of a convincing crypto recovery. 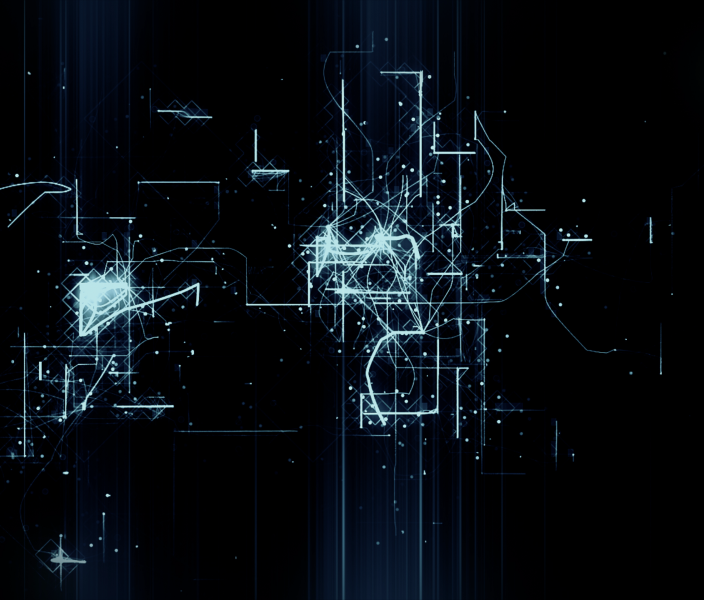 In our view, it’s tough to sustain the current divergence in performance between crypto and other risk assets in light of the shock to the global financial system more broadly.

The key factors driving crypto asset performance have become more entangled over the course of February, as geopolitical tensions escalated due to the invasion in Ukraine and created greater uncertainty over how the U.S. Federal Reserve (Fed) will approach its normalization path.

Crypto markets may be enjoying a short term reprieve but mainly for technical reasons in our view, as the invasion of Ukraine forced markets to liquidate heavily at the end of last month. Among other factors, positioning has helped crypto markets retrace, but we think they remain in an unstable equilibrium.

For example, over the last three months, we have seen a 22.6% decline in the ETH/BTC cross, which we often use as a risk barometer for crypto assets more broadly. Market players tend to value bitcoin’s key characteristics (scarcity value and lack of viable competition) more during risk off periods, and it doesn’t seem like that’s over yet in our view. Moreover, sanctions on the Russian central bank have drained the global system of ~US$300B in reserve liquidity, which has the potential to hurt risk assets in the weeks ahead.

Our medium term outlook is that the broader market needs more time to stabilize before it can truly start to perform – which could happen towards the end of 2Q22 (we think the Fed’s May FOMC is important to monitor here). Prior to the invasion, we thought a recovery could come sooner, but we think investors now need to have more clarity over the timing of peak inflation and the Fed hiking cycle before they may be willing to deploy more capital here.

Crypto markets have been fairly resilient following Russia’s invasion of Ukraine for several reasons. First, we had already seen significant de-risking in the months before the attack and the rapid escalation led to massive liquidations that forced markets to reach the bottom much sooner than we would have anticipated. Bitcoin's US$34,400 support level was tested twice on February 25 and rallied both times, indicating strong buy interest around that price.

Second, we saw significant attention around the narrative that the start of such large scale conflicts tend to be buying opportunities. Third, we think investors initially believed this would be a relatively short lived conflict. And finally, we think these events may have convinced market players that global central banks would take a less aggressive approach to hikes. 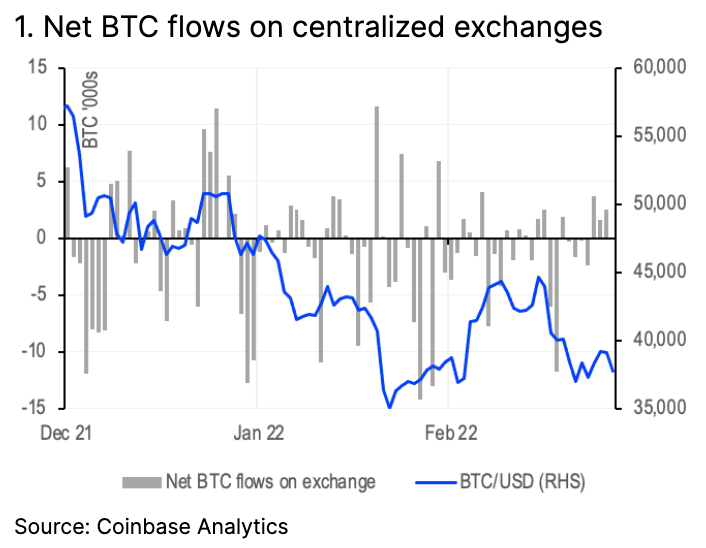 However, while positioning could help digital assets retrace from their lows in the short run, there are still some important unknowns to be worked out in the weeks ahead. Removing Russian banks from the SWIFT messaging and payment order system could create settlement issues for non-Russian (mainly European) banks. Multinational companies divesting themselves of Russian holdings could see their corporate earnings impacted negatively. The sanctions imposed by the US, Europe, UK and Canada on Russian central bank reserves have impacted the ruble (RUB), but at a cost – this also drains the global system of roughly US$300B in reserve liquidity, which has the potential to hurt risk assets in the weeks ahead. All of these things represent potential externalities for the global economy, from which crypto is not immune. Thus, we do not yet think digital assets have decoupled from the broader move in risk assets writ large. 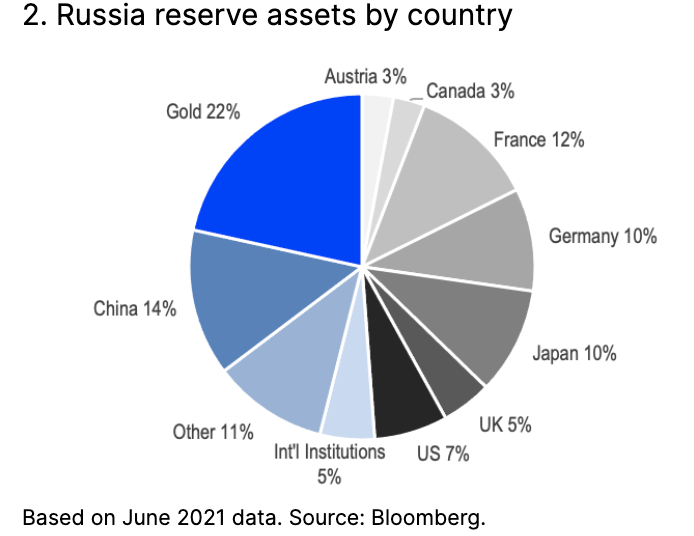 These developments all have important implications for what the Fed will do next, particularly as we look ahead to the FOMC meeting on March 15-16. Already recent events have impacted inflation expectations, given the impact we have seen to gas, oil, metals and wheat prices. Services prices in the U.S. should start to pick up again, as the country is ready to reopen the economy with limited restrictions following an earlier COVID-19 omicron outbreak.

This focuses the market’s attention on when we could actually see inflation peak as base effects may now have to contend with geopolitical concerns. February U.S. CPI data will be released on March 10 with a median Bloomberg survey forecast of 7.8% YoY. The Fed’s blackout period starts sooner on March 5.

Meanwhile, U.S. economic activity has been surprising to the upside in the last few weeks, but the invasion of Ukraine generates potential risks in the short term (for example, higher energy costs could inflict a higher burden on households and affect domestic demand.) This helps explain why we have seen the U.S. rates curve go from pricing in a 60-70% chance of a 50bps hike to a 100% chance of only a 25bps hike at the March FOMC meeting. The curve is also now only pricing in five-and-a-half hikes for the year compared to six-and-a-half hikes previously. However, if the Fed chooses to avoid a 50bps hike upfront, that could create potential issues for the Fed later this year.

All things being equal, we assume that the Fed prefers to have a “smooth” normalization cycle rather than one where it initiates hikes but then is forced to stop, or even worse, to cut rates due to financial instability risks. There is also the issue of the U.S. midterm elections in November and whether tightening over this period could be perceived as political (FOMC meetings are scheduled for September 21 and November 2.) If inflation remains sticky and the Fed is pressured to keep an aggressive stance, this could create significant uncertainty for markets trying to assess whether the Fed will hike 25bps or 50bps at any given FOMC meeting.

In other words, the Fed is dealing with a very tricky balancing act when it comes to hikes, and we haven’t even brought up the issue of quantitative tightening (QT) yet. In light of recent events, we think a conversation about QT will likely get pushed back from the March meeting to May, with one caveat. Following the sanctions impacting Russia’s central and commercial banks, very likely we may need to see another player step up to offset the liquidity drain in the international system – both from Russia’s reserves as well as from a corporate financing perspective.

That doesn’t necessarily need to be the Fed, and the Fed doesn’t necessarily need to inject additional liquidity into the system either, in our view. More likely, this could be accomplished by rebalancing their balance sheet towards riskier assets and utilizing the $1.7T of cash sitting on their repo facility. Ultimately, we think we could also see a passive runoff of the balance sheet rather than an active reduction of assets, which would be medium term supportive for crypto.

To summarize then, we think the market needs more visibility on inflation, the normalization path and the intention on QT before crypto markets can see a more sustainable recovery here.

Despite the sell off in crypto markets to start the year, something worth highlighting is that volatility in the spot market for both BTC and ETH has actually been falling over the last six months. We measure this as the annualized rolling 180-day standard deviation of daily returns. Bitcoin’s annualized volatility in particular declined to 54% after reaching an intermediate high of 77% in late June 2021, around the same peak we saw in 2020 but far from the levels we saw during the crypto winter of 2018. 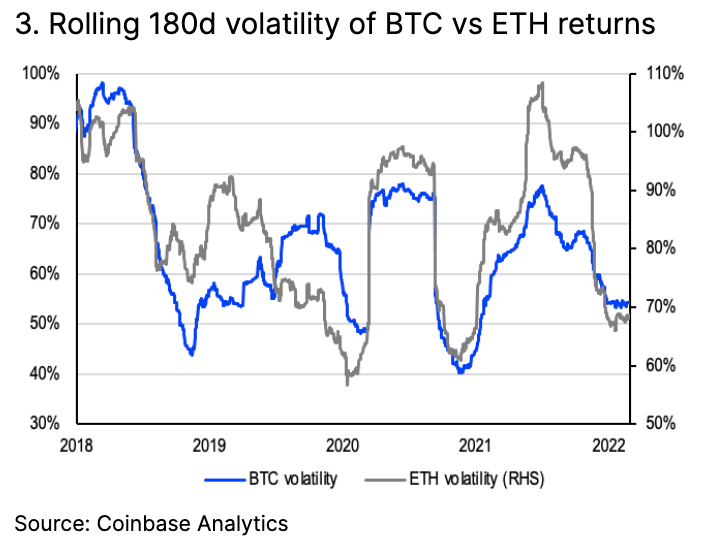 Meanwhile, ether volatility peaked at around 108% in June last year, near the same level seen in 2018 but this has come down sharply and appears to be stabilizing around 70%. Of course, volatility for both assets is still higher than that for traditional asset classes, like the 23% for the NASDAQ (technology stocks.) But the point is that some of the crypto buffers we discussed in our last monthly outlook may be contributing to a falling volatility trend.

Overall, we think crypto markets will need to see a period of stabilization in the next two or three months before a more sustainable recovery can get under way. Trying to disentangle the current situation in Ukraine from the Fed’s reaction function is part of the challenge, alongside some major new uncertainties for the global financial system. Something that is harder to assess is how meaningful themes like decentralization and self-custody could be in the face of recent developments. For the moment, whether these discussions are having an impact on flows into this space is still speculative, but the narrative is likely to persist in our view.