Around the Block sheds light on key trends in crypto. In this edition, Justin Mart and Connor Dempsey highlight the latest NFT boom, and Ethereum’s EIP-1559 upgrade.

A Veblen good is a type of luxury good for which the demand increases as the price increases, in apparent contradiction with the law of demand. Rolex watches, diamonds, yachts, bitcoin, and now, strange looking pixelated characters that you can find all over your twitter feed. 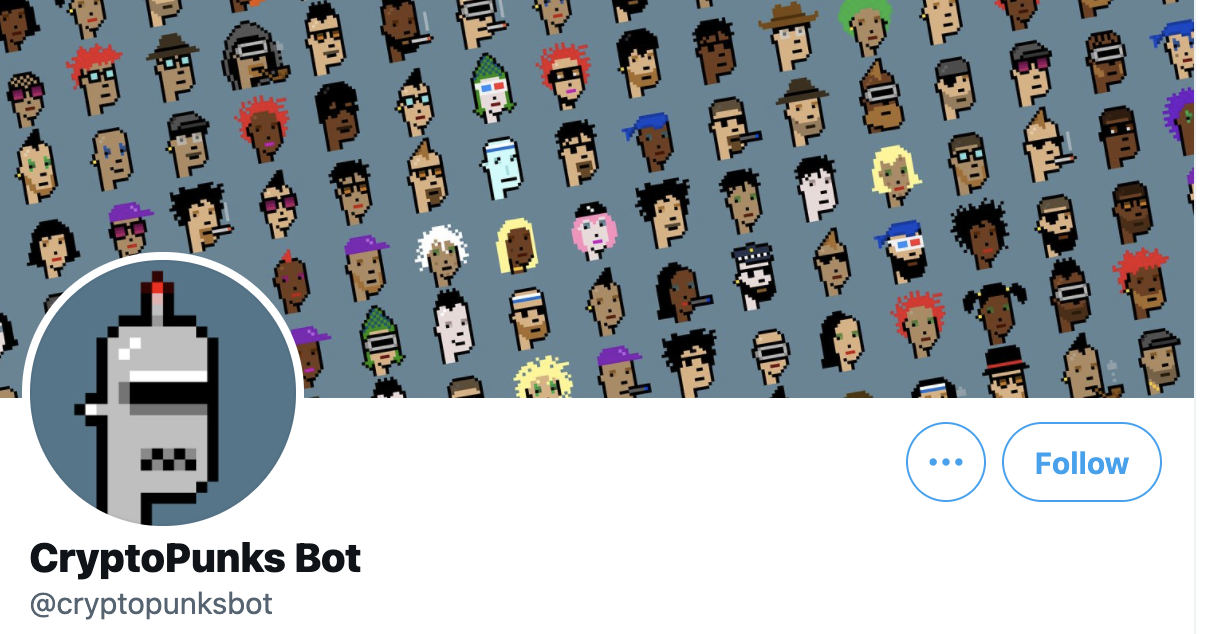 In 2017, Larva Labs created a software program capable of randomly generating 10,000 unique, cypherpunk inspired characters — some with rarer attributes than others. When Larva Labs was happy with the output, they linked these characters to an Ethereum smart contract, at which point these 10,000 characters became unique, unalterable assets that could be bought and sold on Ethereum. This would eventually pave the way for the now widely accepted ERC-721 standard which is the foundation of today’s booming NFT marketplace.

While released in 2017 to little initial fanfare, CryptoPunks eventually picked up a bit of steam within the Ethereum community and started selling for thousands of dollars each. Fast forward to April 2021 and the average CryptoPunk was selling for over $30,000, owing to their status as “the original Ethereum NFT.” In June, a very rare “Alien Punk” sold for a record $11.75 million!

Despite the record setting sale in June, the NFT market had cooled a bit with the overall market correction. That changed at the end of July, when a flurry of huge purchases sent the market into a frenzy.

As Punks with more perceived rarity started moving, someone swooped in and bought all of the lowest value punks in one shot. This was accomplished through the use of flashbots: by paying a miner 5 ETH, the buyer was able to get all 100 CryptoPunk purchases in a single block. This was done to prevent a front-running attack, where others could see punks being rapidly purchased and front-run the process (this falls under MEV or miner extractable value).

When the buying frenzy kicked into high-gear on Friday July 30th, the 7-Day sales rate for CryptoPunks climbed to nearly $46 million, up from $12 million the day before. By the following Friday, that figure topped $190 million.

The mania was extended to other NFT “Blue Chips” projects like Autoglyphs, Artblocks, and BoredApes, among others. By Friday August 6th, 7-Day sales of all NFTs topped $375m. This exceeded previous highs set in May when LarvaLabs launched Meebits, netting $80M in primary sales upon launch.

USD volumes have since come back down to earth, but not before breaking just about every NFT sales record there is.

It’s hard for some to avoid drawing parallels between where bitcoin was in 2013 and where the NFT market is today.

In 2013, bitcoin started the year at $13 before hitting a peak of $1,156 as early adopters who saw value in it piled in. Simultaneously, most in the mainstream questioned why anyone would pay anything to own a purely digital asset (the “BTC has no intrinsic value!” argument), while others tried to replicate its success by launching dozens of copycat projects.

The rise of NFTs and CryptoPunks have been met with similar adoption, skepticism, and mimicry as BTC circa 2013. Early adopters are sending prices ever higher while the mainstream questions “why would anyone pay for a JPEG that doesn’t do anything.” Meanwhile, dozens of “NFT avatar” projects have been launched in hopes of recreating CryptoPunks success.

So why are people paying so much money for some pixels? Well, they’re not actually buying the pixels. They’re buying a record of ownership (via a token on Ethereum). A codified representation of their membership in the club of CryptoPunk owners. And with this membership comes social effects — many Punk owners are setting their Twitter or Discord avatars to their CryptoPunks for a measure of stature. Some are even bootstrapping anonymous Twitter accounts with a following through their NFT purchases. In the future, owning a punk could grant access to certain people, events, or even other NFT assets.

On one hand, it’s entirely possible CryptoPunks and other NFTs become integrated into our social fabric in interesting ways, making their social utility worth today’s price of admission. On the other hand, it sure is strange to see NFTs linked to JPGs sell for the equivalent of a downpayment on a house. While it’s too early to tell how all this plays out, what’s clear is that there’s something interesting happening here.

Upgrading Ethereum: a summary of EIP-1559

EIP-1559 was one of five improvement proposals included in the hardfork, but it captured the lion’s share of attention due to its potential impact on ETH’s value. More specifically, EIP-1559 constitutes a shift in ETH’s economics by adding deflationary pressure on Ethereum’s native asset (ETH). While these implications are real, the actual motives for EIP-1559 were mainly to:

For a technical deep dive, read this piece from Ethereum devs, Danny Ryan and Josh Stark. For most, a TLDR on the UX changes will be sufficient for understanding EIP-1559 and its implications.

Before EIP-1559, to send an Ethereum transaction you set a bid based on the amount you were willing to pay to get included in the next block. If you didn’t set your bid high enough, miners would prioritize higher bids and you’d end up waiting a long time. If you were in a real hurry, you’d often end up setting your bid higher than necessary.

EIP-1559 does away with this “price first auction” in favor of a fixed-price sale. Instead of guessing at what price you’ll need to pay to get your transaction processed, the protocol now simply quotes you a price called a base fee. This fee is the same for everyone based on current demand for blocks, removing much of the guesswork for users. If you do want your transaction prioritized, you can add a “priority fee” similar to the current fee market.

Here’s where the economic implications come in: instead of the base fee going to the miners, this fee gets burned. This is done out of necessity — base fees increase as demand for blockspace goes up which is measured by how full blocks are. If base fees went to miners, they’d be incentivized to spam their own blocks to send base fees higher so they can book more profits. Thus, base fees are burned to remove this temptation.

In short, this upgrade should be great for Ethereum users, and less so for miners, where one estimate quotes a 20–35% reduction in revenues from the upgrade.

But what about the price of ETH? Some possible implications

Since ETH is burned with each block, the overall rate in which new ETH is put into circulation is not just lower, it’s quite possibly net negative. In fact, in the few days EIP-1559 has been live, more ETH has been burned than issued. While this is not guaranteed to occur, it’s likely to continue as long as Ethereum block-space is in high demand.

Thus EIP-1559 is thought to be similar to a Bitcoin halving where issuance is reduced (or in this case likely net negative). Some are speculating that this could make ETH more attractive as a store of value — “ultrasound money” if you will. From another angle, revenue formerly given to miners (in the form of net new ETH) is now being distributed to ETH holders by way of deflation.

Important to note that this is uncharted territory. Will this work long-term for ETH as a monetary asset? The future is uncertain, but early indications show that EIP-1559 is at least on the way to achieving its (non-economic) goals.